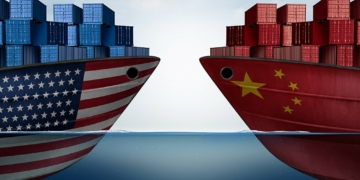 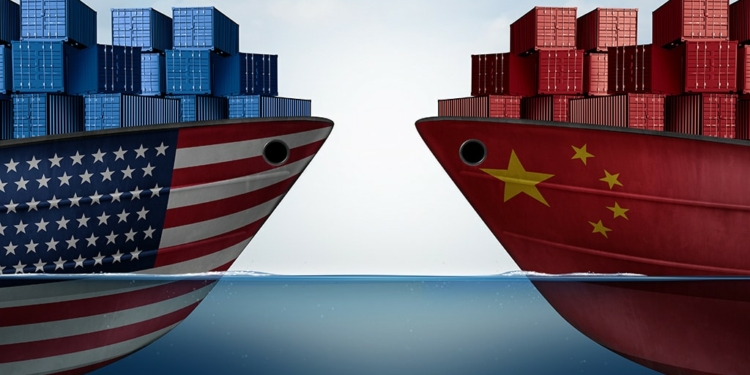 China United States trade and American tariffs as two opposing cargo ships as an economic taxation dispute over import and exports concept as a 3D illustration.

WASHINGTON (Reuters) – The Trump administration will exempt 110 Chinese products, from medical equipment to key capacitors, from hefty tariffs, it said on Tuesday, offering relief to some U.S. firms which have said the taxes harm their bottom lines.

The relatively narrow exemption list will provide relief from 25% tariffs the United States slapped on $34 billion of Chinese imports on July 6, 2018, one of the first salvos in a bilateral trade battle that has roiled global supply chains and cost billions. The retroactive exclusions are effective as of that date, and extend for a year from Tuesday.

U.S. and Chinese negotiators are scheduled to resume talks this week after a two-month hiatus, a year since their tit-for-tat tariff battle began. Washington is pushing Beijing to remedy what U.S. officials see as decades of unfair and illegal trading practices.

The waivers by the U.S. Trade Representative’s office follow another 1,000 exemptions granted in the past year. The United States has levied tariffs on $250 billion worth of Chinese imports and has threatened to slap taxes on another $300 billion.

The threat was suspended after a late June meeting between U.S. President Donald Trump and his Chinese counterpart, Xi Jinping, in which they agreed to resume negotiations.

USTR has exempted a component in a Medtronic Plc (MDT.N) device used to treat liver tumors, one of 12 exclusion requests granted to the world’s largest medical device maker. The company argued that the R&D-heavy components, at most risk for intellectual property theft, were not produced in China.

Palo Alto Networks Inc (PANW.N), a cybersecurity firm, also received a waiver for one of the electronic components it imports from China, a tantalum capacitor used to control electrical flow in its network firewall equipment.

The company argued that substitutes were not produced in the United States and that the device did not fall under the high-tech aims of China’s “Made in 2025” industrial development program, which the Trump administration claims is unfairly subsidized and contributes to the theft of U.S. intellectual property.

Varian Medical Systems Inc (VAR.N) was also granted an exclusion for some of its radiotherapy equipment after arguing that the tariffs would only hurt them as no other good alternatives are available.

Varian said the tariffs would disadvantage it against its European rival.

Tesla Inc (TSLA.O) was denied exemptions for some Chinese-made circuitry for its vehicles. USTR said the components were “strategically important” to the “Made in China 2025” program.