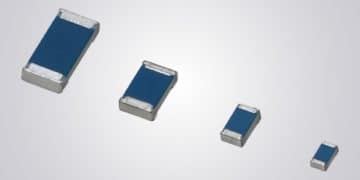 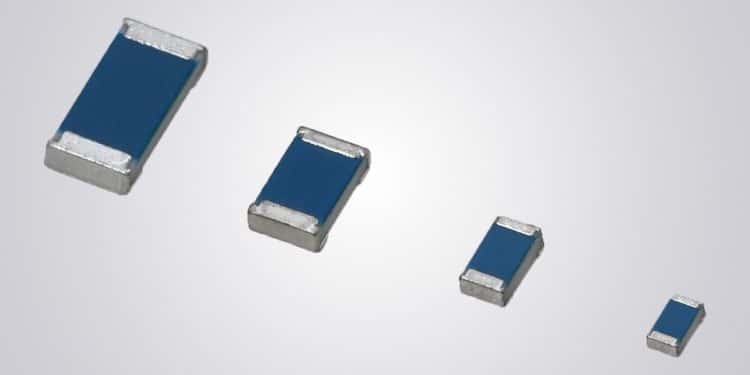 Vishay Intertechnology, Inc. announced that the company has enhanced its MC AT precision series of Automotive Grade thin film chip resistors with a wider range of resistance values from 47 Ω to 10 MΩ in the 1206 case size. The MCA 1206 AT is the industry’s only such device to combine resistance values above 5 MΩ with TCR of ± 25 ppm/K, tight tolerances of ± 0.1 %, and thin film stability.

With excellent moisture resistivity, superior temperature cycling robustness, and advanced sulfur resistance in accordance with ASTM B 809, the Vishay Beyschlag MCA 1206 AT is designed to deliver stable performance under harsh environmental conditions in automotive, industrial, medical, and telecommunications equipment. The device will typically serve as the high ohmic part of a voltage divider in these applications, such as in battery management systems.

The resistor features an operating voltage of 200 V, power rating of 400 mW at +70 °C ambient temperature, and operates over a -55 °C to +155 °C temperature range. The device is AEC-Q200 qualified and RoHS-compliant.

Samples and production quantities of the MCA 1206 AT are available now, with lead times of few weeks for large orders.