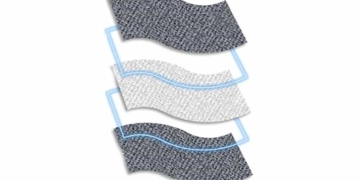 Washable, wearable supercapacitor devices could be woven directly into clothes

Washable, wearable supercapacitor devices could be woven directly into clothes 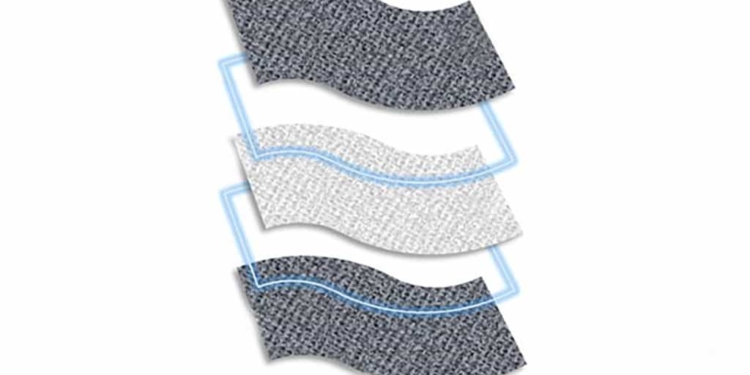 Washable, wearable super capacitors based on cheap, safe and environmentally-friendly inks and woven directly into fabrics, have been developed by researchers at the University of Cambridge.

Wearable electronic components incorporated directly into fabrics have been developed by researchers at the University of Cambridge. The devices could be used for flexible circuits, healthcare monitoring, energy conversion, and other applications.

The Cambridge researchers, working in collaboration with colleagues at Jiangnan University in China, have shown how graphene – a two-dimensional form of carbon – and other related materials can be directly incorporated into fabrics to produce charge storage elements such as capacitors, paving the way to textile-based power supplies which are washable, flexible and comfortable to wear.

The research, published in the journal Nanoscale, demonstrates that graphene inks can be used in textiles able to store electrical charge and release it when required. The new textile electronic devices are based on low-cost, sustainable and scalable dyeing of polyester fabric. The inks are produced by standard solution processing techniques.

Building on previous work by the same team, the researchers designed inks which can be directly coated onto a polyester fabric in a simple dyeing process. The versatility of the process allows various types of electronic components to be incorporated into the fabric.

Most other wearable electronics rely on rigid electronic components mounted on plastic or textiles. These offer limited compatibility with the skin in many circumstances, are damaged when washed and are uncomfortable to wear because they are not breathable.

“Other techniques to incorporate electronic components directly into textiles are expensive to produce and usually require toxic solvents, which makes them unsuitable to be worn,” said Dr Felice Torrisi from the Cambridge Graphene Centre, and the paper’s corresponding author. “Our inks are cheap, safe and environmentally-friendly, and can be combined to create electronic circuits by simply overlaying different fabrics made of two-dimensional materials on the fabric.”

The researchers suspended individual graphene sheets in a low boiling point solvent, which is easily removed after deposition on the fabric, resulting in a thin and uniform conducting network made up of multiple graphene sheets. The subsequent overlay of several graphene and hexagonal boron nitride (h-BN) fabrics creates an active region, which enables charge storage. This sort of ‘battery’ on fabric is bendable and can withstand washing cycles in a normal washing machine.

Single component electrical elements have been demonstrated; however heterostructure-based assemblies, combining electrically conductive and dielectric textiles such as all-textile capacitors are currently missing. Here we demonstrate a superhydrophobic conducting fabric with a sheet resistance Rs ∼ 2.16 kΩ □−1, and a pinhole-free dielectric fabric with a relative permittivity εr ∼ 2.35 enabled by graphene and hexagonal boron nitride inks, respectively. The different fabrics are then integrated to engineer the first example of an all-textile-based capacitive heterostructure with an effective capacitance C ∼ 26 pF cm−2 and a flexibility of ∼1 cm bending radius. The capacitor sustains 20 cycles of repeated washing and more than 100 cycles of repeated bending. Finally, an AC low-pass filter with a cut-off frequency of ∼15 kHz is integrated by combining the conductive polyester and the capacitor. These results pave the way toward all-textile vertically integrated electronic devices. 1]

“Textile dyeing has been around for centuries using simple pigments, but our result demonstrates for the first time that inks based on graphene and related materials can be used to produce textiles that could store and release energy,” said co-author Professor Chaoxia Wang from Jiangnan University in China. “Our process is scalable and there are no fundamental obstacles to the technological development of wearable electronic devices both in terms of their complexity and performance.”

The work done by the Cambridge researchers opens a number of commercial opportunities for ink based on two-dimensional materials, ranging from personal health and well-being technology, to wearable energy and data storage, military garments, wearable computing and fashion.

“Turning textiles into functional energy storage elements can open up an entirely new set of applications, from body-energy harvesting and storage to the Internet of Things,” said Torrisi “In the future our clothes could incorporate these textile-based charge storage elements and power wearable textile devices.”

The research was supported by the Engineering and Physical Science Research Council, the Newton Trust, the National Natural Science Foundation of China and the Ministry of Science and Technology of China. The technology is being commercialised by Cambridge Enterprise, the University’s commercialisation arm.