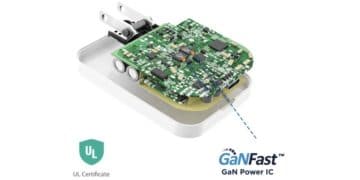 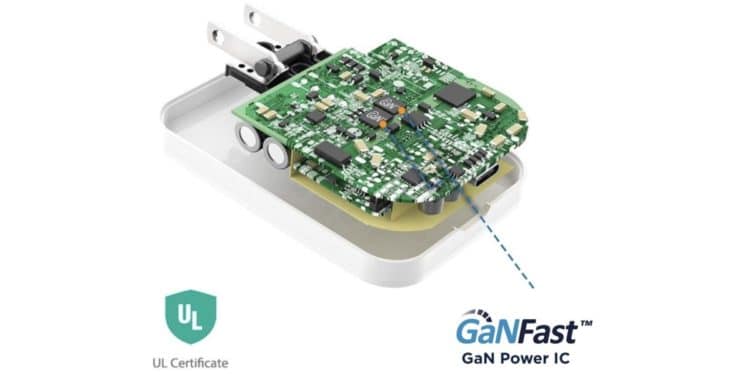 Silicon has been the leading semiconductor material for more than 50 years, and has been one of the primary building blocks of the modern computing and power electronics industries. However, the dominance of silicon in power semiconductor manufacturing may be waning as the demand grows for new devices with greater power density, energy efficiency, and heat resistance. As electronics shrink and power hungry applications like AI, VR, and vehicle electrification proliferate, these characteristics are especially important.

In power semiconductor innovation, where do we go from here? At least in part, the answer is a move to devices built on silicon carbide (SiC) and gallium nitride (GaN), both wide bandgap semiconductors. Bandgap refers to the energy gap between the top of the valence band and the bottom of the conduction band in semiconductor materials. This bandgap enables transistors to switch currents on and off to achieve electrical functions, and the wider the bandgap, the greater the material’s ability to operate efficiently at higher temperatures, higher voltages, and in a smaller footprint.

While KEMET doesn’t manufacture SiC or GaN semiconductors, we consider ourselves leaders in making the passive components that support wide bandgap semiconductors for power conversion circuits.

The ability of wide bandgap semiconductors to operate at high temperatures also has important consequences. Not only can they be used in higher heat situations, wide bandgap semiconductors require less cooling overall, reducing the space and expense of cooling components in the power converter. In addition, they can be operated at higher frequencies than silicon, with the implication that supporting componentry like capacitors can be smaller. In short, wide bandgap materials enable development of devices that are smaller, faster and more efficient, and able to withstand higher temperatures and voltages than silicon-based options.

GaN is used primarily in lower voltage applications, for power supplies under 500 volts or so. For instance, Anker has recently released an ultra-compact laptop and phone charger based on GaN technologies that is the size of a golf ball, with 30W output. The charger enables high-speed charging of Apple mobile and all USB-C devices, with the ability to charge iPhone X up to 50 percent in just 30 minutes. By replacing silicon with GaN, Anker was able to make charging faster while also dramatically shrinking the size of the physical charger. GaN has been used for radio frequency applications for years, but its future probably lies in miniaturization of power supplies for use cases where space and efficiency are at a premium, such as aerospace.

SiC is primarily used in higher voltage applications, from 600 to 1200 volts, and is valuable for applications such as electric vehicles, solar inverters, windmills, and other industrial and transportation use cases. SiC provides higher switching frequencies and significantly higher thermal conductivity than silicon, enabling low loss, high efficiency device operations in temperatures to 150° C and potentially even higher. Because cooling and thermal management requirements for SiC are also reduced, chip designers can also take advantage of lower system costs and smaller form factors. I foresee SiC becoming widely adopted in the electric vehicle space, as greater efficiency of power conversion can increase the range of the vehicle.

KEMET is a leader in making supporting components to meet the requirements of SiC and GaN power conversion technologies. Perhaps the best example is KEMET’s KC-LINKTM surface mount capacitors, which are designed to meet the demands of fast-switching wide bandgap semiconductors that operate at high voltages, temperatures, and frequencies. These ceramic capacitors can be mounted close to SiC and GaN semiconductors in high power density applications that require minimal cooling. KC-LINK capacitors are also capable of very high frequency operations, making them a perfect match for SiC circuits. These capacitors can be stacked for higher capacitance using KEMET’s patented KONNEKT technology.

In addition to these ceramic capacitors, KEMET is also working on higher temperature film capacitors that are designed to work at the increased temperatures of wide bandgap semiconductors.

KEMET also offers a range of magnetic components that support wide bandgap semiconductors. The newly released METCOM SMD inductor range addresses the increasing power supply density and efficiency challenges introduced by SiC and GaN materials. When it comes to size, automotive grade reliability and performance, the METCOM inductors offer very low losses in a small form factor, and are capable of operating at 155° C. METCOM are advanced metal composite inductors that can be used for both power applications as well as EMI filtering applications.

As an example of how KEMET components can support development of wide bandgap applications, we worked closely with engineers from Wolfspeed to develop a 3.3 kW high-frequency DC/DC converter using SiC MOSFETs as a power supply for telecom and server applications. The Wolfspeed engineers approached KEMET to provide the passive components for the power supply, specifically capacitors capable of withstanding higher temperatures and operating with low losses at high frequencies.

The innovative nature of the power supply design required that KEMET and Wolfspeed engineers work closely together to confirm specific technical details, some of which required additional measurements in the KEMET labs and further validation at Wolfspeed once we provided the necessary data. With close collaboration with KEMET, Wolfspeed was able to successfully demonstrate the superior performance of its new power supply based on SiC MOSFETs at frequencies up to 1 MHz, with a 50 percent volume and weight reduction of magnetic parts, and a peak efficiency of 96.5 percent.

Working closely with trusted fellow innovators in advanced electronics is highly recommended for newcomers to wide bandgap technologies. As our co-development with Wolfspeed demonstrates, KEMET offers extensive research facilities and laboratories to provide the customized data and materials characterization that engineers require for effective designs and development. KEMET ensures that its components are easy to design in to wide bandgap applications, because we go the extra distance to provide the data necessary to help ensure that designs are going to work according to spec and schedule.