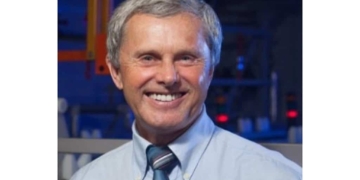 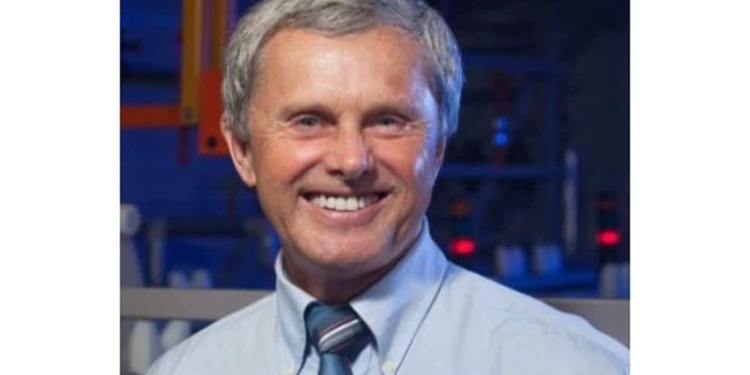 Per-Olof Loof,  CEO at KEMET Electronics wrote on his Linked In profile:

KEMET is a company full of talented people. I know a lot of companies say they have the best and the brightest, but at KEMET…I think we actually do! If you could be a fly on a wall or an Alexa at KEMET, you would hear fascinating stories and discussions on topics which are at the forefront of technology, in a variety of industries. It is a joy, and sometimes a bit humbling, to participate in these discussion knowing that the KEMET engineers, scientists and technologists are leaders in innovation which will result in the world’s most advanced electrical solutions.

KEMET has built Tantalum (Ta) capacitors for 60 years and is a world leader in the development of this technology. These electronic components can be found in everything from satellites to gaming modules, pacemakers to automobiles, mainframe computers to smart phones. We may not be a household name, but I bet you will find us in every household. Seemingly simple devices are the most complicated to develop. For more than 12 years, KEMET has been blessed with the trailblazing work of Dr. Yuri Freeman, Director of Advanced Research and Strategic Development. He is a Technical Fellow, Vice President, and a member of KEMET’s Advanced Technology Group (ATG). The ATG is responsible for investigating new technologies and fosters cooperation with universities on fundamental issues in passive electronic components.

My buddy Yuri is not only an industry pioneer but is also an interesting guy. He has a doctorate in solid state physics from National Technical University “Kharkiv Polytechnic Institute” (NTU “KhPI”) in the Ukraine, graduated among the top of his class and intended to continue his career in academia. However, this was during Soviet Union times and graduates were placed in jobs, rather than being able to choose their career path. Yuri was sent to work for SCB ELITAN, a developer and the largest producer of Ta capacitors, which were in short supply, and he was tasked to help find a substitute using niobium (Nb) capacitors. At first, Yuri was very disappointed by this assignment and wondered what could be less interesting than “a capacitor with two plates separated by a dielectric.” This seemingly boring assignment turned out to be an incredible opportunity for a scientist and engineer such as Yuri. Shortly after the collapse of the Soviet Union, Yuri continued his work with capacitors with Vishay Sprague in Israel and the United States (US). After Vishay Sprague closed their US location, he looked for options for where he could take his talents. Yuri traveled to KEMET’s Greenville, SC, location and met Dr. Phil Lessner, Senior Vice President and Chief Technology Officer. While Yuri was meeting Dr. Phil and his team, his wife was meeting the beautiful Spring weather in South Carolina. The combination of his wife’s love for the South Carolina weather and the great team at KEMET is what brought Yuri to us.

In addition to innovating at KEMET, Yuri has taught “Physics of Electronic Components” at NTU “KhPI” and is currently an adjunct professor at Clemson University. He teaches the course “Electronics Components” at the College of Engineering, Computing and Applied Sciences in the Holcombe Department of Electrical and Computer Engineer and Department of Materials Science and Engineering. Yuri is an accomplished author and has published more than 30 peer-reviewed papers and has received 26 patents in the field of physics and technology of Ta and Nb-based capacitors. His most recent publication published by Springer International is Tantalum and Niobium-Based Capacitors: Science, Technology, and Applications. The book includes an analysis of the fundamentals of thermodynamic stability, major degradation processes and conduction mechanisms in the basic structure of Me-Me2O5-cathode (Me: Ta, Nb). The book includes technology chapters on the major manufacturing steps from capacitor grade powder to the testing of finished capacitors. There is an in-depth discussion on applications needing high reliability, high charge and energy efficiency, high working voltages, high temperatures, etc. The links between the scientific foundation, breakthrough technologies and outstanding performance and reliability of the capacitors are demonstrated. 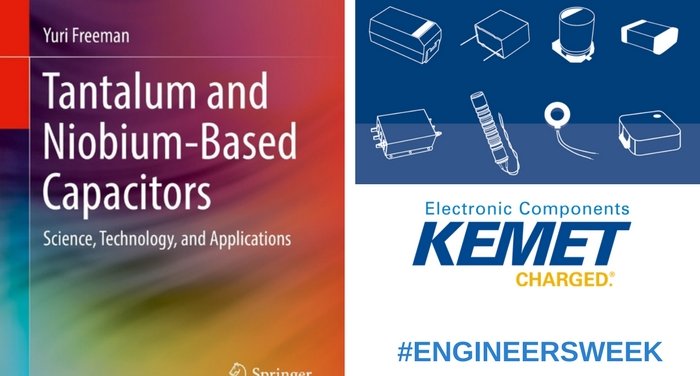 The book is a result of Yuri’s quest to solve customer problems, principally, the issue related to using Wet tantalum capacitors. For many years, the aerospace industry used Wet tantalum capacitors with some limitations for extreme applications. It was thought that no capacitor, especially a solid-state capacitor, could compete or improve upon the Wet tantalum technology. However, Yuri and his team convinced the customer that KEMET could provide a superior capacitor when everyone thought it was impossible to improve upon the existing technology. The customer was brave and willing to put faith in KEMET, and now…many aerospace customers use our capacitors instead of Wet tantalum capacitors. It really was revolutionary for the industry. The book outlines the science, technology and patents behind this innovation and other achievements. We have received positive feedback from many of our customers that the book provides valuable insight on the use of these capacitors in their own applications. Also, it is one of Yuri’s favorite stories so feel free to ask him about it if you ever have the pleasure of meeting him in person.

Not a light read by any stretch, but nonetheless, I appreciate Yuri’s dedication, and the dedication of many others at KEMET, to this technology and how to advance it by redesigning existing electronic components, inventing new component capabilities and expanding the possibilities for customers around the world. Lastly, KEMET is a great place to work and if this has caused you to agree, then I invite you to join me, Yuri and more than 16,000 employees around the world: www.kemet.com/careers.