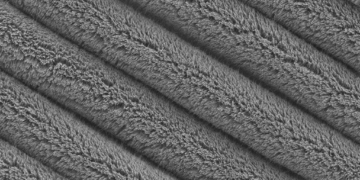 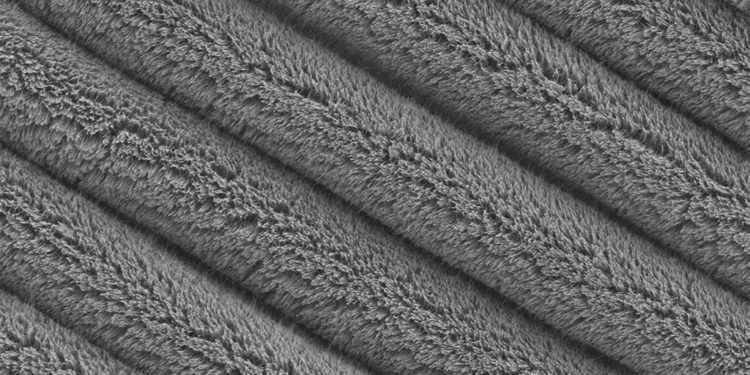 by Maria Guerra. The EDN article introduces some of the latest developments that are paving the way for the commercial adoption of superconductors.Supercapacitors are distinguished by high charge and discharge rates and a higher energy storage capacity per unit mass or volume as compared to a battery. They can be charged and discharged very fast (within a few seconds to milliseconds) and several times (usually more than 100000 cycles) without significant capacitance loss.

Therefore, where high power is required, a supercapacitor could be advantageous. For example, some power electronic designs currently include them successfully in short-term power applications where intermittent energy with variable power demands, and/or long cycling stability are required (e.g. voltage stabilization in start/stop systems, regenerative braking systems).

But supercapacitors can also offer great potential to enable power devices to run for longer without charging.

Here are some of the latest developments:

Scientists from Skoltech, Moscow State University (MSU) and Moscow Institute of Physics and Technology (MIPT) have proposed a new approach to replacing carbon atoms with Nitrogen atoms in the supercapacitor’s crystal lattice and developed a novel capacity enhancement method based on Carbon lattice modification with the aid of plasma.

The researchers performed the experiments using Carbon Nanowalls (CNWs) which are known for high specific surface area and can be used as active materials to produce electrochemical energy sources. The CNWs (Figure 1) were made of vertically oriented Graphene sheets, in which they replaced some of the Carbon with Nitrogen (Nitrogen is involved in redox reactions, which leads to an additional increase in capacity) using Carbon structure treatment by plasma. Their findings can help create the next generation of power sources for portable electronics. 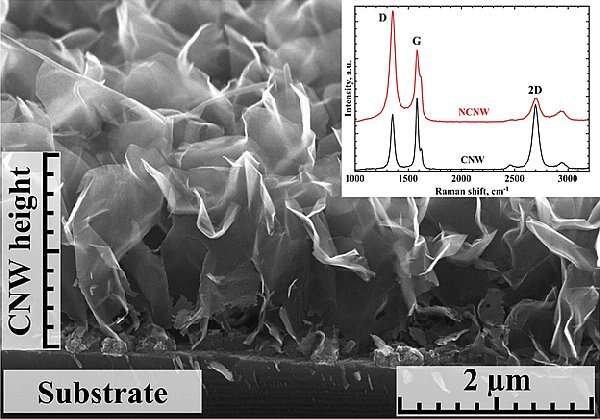 In the graphics (Figure 2) it is possible to observe the results of electrochemical studies performed in 1 M H2SO4 solution. 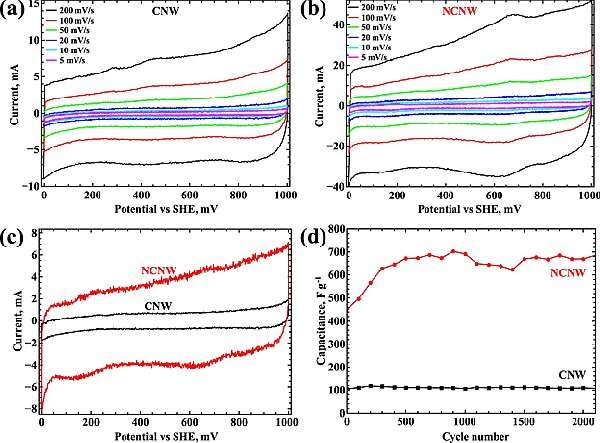 Figure 2a shows cyclic voltammetry curves of CNWs for different scan rates. The same set of curves is presented for so-called NCNW samples. Specific capacitance was calculated as the area enclosed by the cyclic voltammetry curve, normalized by the potential range and the scan rate. A comparison of voltammetry curves is presented in Figure 2c. Results show that glow-discharge plasma modification leads to an improvement in specific electrochemical capacitance from 104 F g−1 to 464 F g−1. N-doped CNWs demonstrate insignificant changes in specific capacitance with cycle number Figure 2d.

Researchers from Michigan State University have provided a potential solution to create highly stretchable supercapacitors for powering wearable electronics. The team used Carbon nanotube forests (CNT forests) to create a supercapacitor that can be stretched to 800% of its original size for thousands of stretchings, relaxing cycles, making it suitable for clothing. The forest is approximately 10-30 micrometers high and after transferred and crumpled, the CNT forest forms impressive stretchable patterns, like a blanket (Figure 3). The 3D interconnected CNT forest has a larger surface area and can be easily modified with nanoparticles or adapted to other designs. 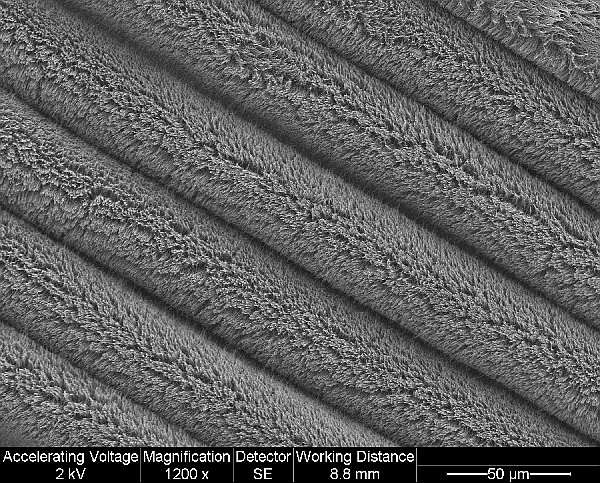 “Instead of having a flat thin film strictly constrained during fabrication, our design enables the three-dimensionally interconnected CNT forest to maintain good electrical conductivity, making it much more efficient, reliable and robust” said Michigan State University soft machines and electronics laboratory director, Changyong Cao.
The potential use of this technology goes beyond smart watches that communicate with smartphones. In the future, these innovations could be integrated into biological tissues and organs to detect disease, monitor improvement and even communicate with medical practitioners.
Conclusions

In the last few years the application space for supercapacitors has steadily broadened into electric vehicles, energy harvesting, medical devices, wind energy systems, etc. But the widespread commercialization of supercapacitors demands greater efforts in the reduction of manufacturing costs. Expect more innovations and applications with new supercapacitor materials in the future; only the constant research and development of new materials and fabrication methods will help drive down production costs.