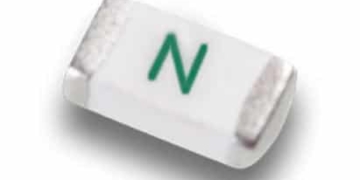 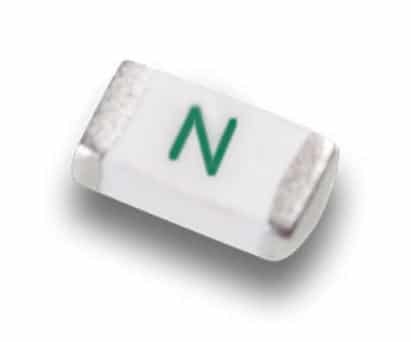 The video clearly displays the adverse effects that short circuits from EV batteries can exert on a fuse. Automotive specifications require circuit protection to break the circuit without causing damage to PC boards or other components in the system. The AEM wire-in-air fuse technology is able to comply with this prerequisite by remaining intact. Competitive fuses that were also tested under the same conditions not only caught on fire, they also caused damage to the PCB on which they were mounted.

AEM AirMatrix® fuses are designed to meet stringent automotive standards, so testing for worst case conditions is critical. When testing in electric and plug-in hybrid vehicles battery systems, a short circuit condition is created for all batteries in the array, causing the full amount of current to be present at the fuse. Assuring that the fuse opens properly and protects the battery system is of primary concern.

“The fusible element in the QA Series wire-in-air devices is uniformly straight across the internal cavity and externally bonded to the endcap through the plating process,” reports Jeffers Liu, AEM Components’ Vice President of Sales and Marketing. “Competitive units utilize solder joints inside a ceramic tube to secure the fusible link. This traditional approach has the drawback of non-uniform performance and potential internal connection failure caused by mechanical/thermal stress like vibration or bending, or by common soldering defects like cold joints or poor wetting. As the YouTube video demonstrates, under high-stress conditions, the solder can vaporize, causing prolonged arcing that can lead to package failure and damage to the circuit board and surrounding components. In comparison, our automotive-grade fuses stand up under the same stress since they are designed specifically to enhance reliability in harsh environments by eliminating the solder joint.”

The new wire-in-air AirMatrix (QA-F Series and QA-H Series) are manufactured in AEM’s TS16949-certified facility. The QA Series features the industry’s highest current ratings – up to 20A/250V and its proprietary, air-tight, wire-in-air structure assures consistent electrical performance. The QA Series is offered in two fast-acting versions: a 2410 package (QA-F Series) with a 0.5-20A/65-250V rating and a 1206 (QA-H Series) package rated at 1.5-15A/32-65V.

Pricing and Availability
The QA Series is now available in mass quantities. Prices range from $0.065 to $0.20 per unit for OEM quantities. For samples, interested parties can contact a local AEM Distributor.