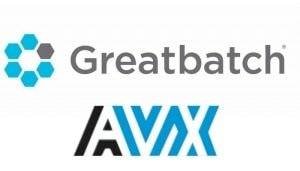 The US Court of Appeals for the Federal Circuit this week affirmed a Patent Trial and Appeal Board ruling granting $37.5 million in damages to Greatbatch, now known as Integer Holdings (NYSE:INTGR), in a patent infringement case against AVX.

A 3-judge panel affirmed the decision in a 1-sentence per curium order, according to court documents.

Greatbatch won the $37.5 million in damages after a jury in the U.S. District Court for the District of Delaware ruled in its favor in January. The company filed the patent infringement complaint in April 2013, alleging that AVX infringed on patents related to filtered feedthrough assemblies used in implantable pacemakers and cardioverter defibrillators.

“Greatbatch is committed to challenging willful and deliberate patent infringement and to taking all steps necessary to ensure that our intellectual property is protected. I want to express my sincere appreciation for the time and careful attention the court and the jury gave this important case,” Greatbatch CEO Thomas Hook said in a press release.

With the ruling, the jury upheld the validity of 2 asserted patents, and 2 additional patents that AVX had challenge, Greatbatch said.

In response, AVX said it is reviewing the verdict and “consulting with its legal advisors on what action AVX may take in response,” according to a press release posted today.

Earlier in January, the Patent Trial and Appeal Board said it instituted an inter partes review of a pacemaker patent from Greatbatch, siding with challenger AVX corp that its initial decision overlooked a key argument.

AVX was granted a request for a rehearing from the same 3-judge panel that denied it last August.