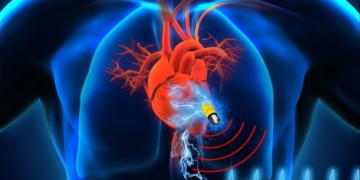 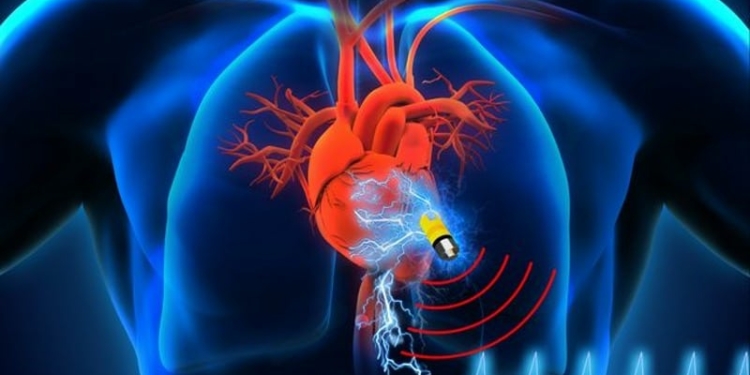 Researchers from UCLA and the University of Connecticut have designed a new biofriendly energy storage system called a biological supercapacitor, which operates using charged particles, or ions, from fluids in the human body. The device is harmless to the body’s biological systems, and it could lead to longer-lasting cardiac pacemakers and other implantable medical devices.

The UCLA team was led by Richard Kaner, a distinguished professor of chemistry and biochemistry, and of materials science and engineering, and the Connecticut researchers were led by James Rusling, a professor of chemistry and cell biology. A paper about their design was published this week in the journal Advanced Energy Materials. Pacemakers — which help regulate abnormal heart rhythms — and other implantable devices have saved countless lives. But they’re powered by traditional batteries that eventually run out of power and must be replaced, meaning another painful surgery and the accompanying risk of infection. In addition, batteries contain toxic materials that could endanger the patient if they leak.

The researchers propose storing energy in those devices without a battery. The supercapacitor they invented charges using electrolytes from biological fluids like blood serum and urine, and it would work with another device called an energy harvester, which converts heat and motion from the human body into electricity — in much the same way that self-winding watches are powered by the wearer’s body movements. That electricity is then captured by the supercapacitor.

“Combining energy harvesters with supercapacitors can provide endless power for lifelong implantable devices that may never need to be replaced,” said Maher El-Kady, a UCLA postdoctoral researcher and a co-author of the study.

Modern pacemakers are typically about 6 to 8 millimeters thick, and about the same diameter as a 50-cent coin; about half of that space is usually occupied by the battery. The new supercapacitor is only 1 micrometer thick — much smaller than the thickness of a human hair — meaning that it could improve implantable devices’ energy efficiency. It also can maintain its performance for a long time, bend and twist inside the body without any mechanical damage, and store more charge than the energy lithium film batteries of comparable size that are currently used in pacemakers.

“Unlike batteries that use chemical reactions that involve toxic chemicals and electrolytes to store energy, this new class of biosupercapacitors stores energy by utilizing readily available ions, or charged molecules, from the blood serum,” said Islam Mosa, a Connecticut graduate student and first author of the study.

The new biosupercapacitor comprises a carbon nanomaterial called graphene layered with modified human proteins as an electrode, a conductor through which electricity from the energy harvester can enter or leave. The new platform could eventually also be used to develop next-generation implantable devices to speed up bone growth, promote healing or stimulate the brain, Kaner said.

Although supercapacitors have not yet been widely used in medical devices, the study shows that they may be viable for that purpose.

“In order to be effective, battery-free pacemakers must have supercapacitors that can capture, store and transport energy, and commercial supercapacitors are too slow to make it work,” El-Kady said. “Our research focused on custom-designing our supercapacitor to capture energy effectively, and finding a way to make it compatible with the human body.” Among the paper’s other authors are the University of Connecticut’s Challa Kumar, Ashis Basu and Karteek Kadimisetty.