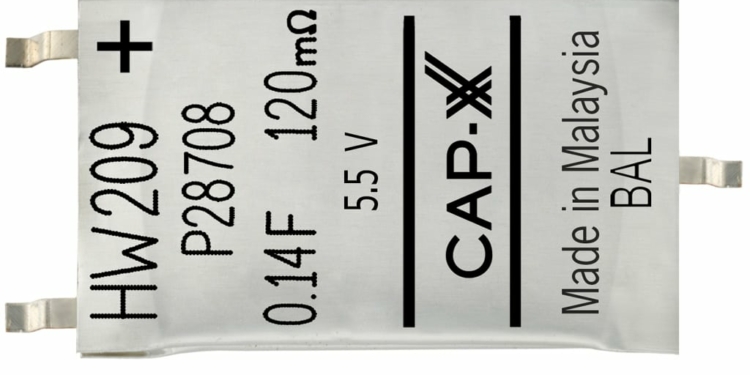 LONDON (Alliance News) – CAP-XX Ltd, a manufacturer of energy storage devices, on Tuesday reported a narrowed pretax loss for the first half on the back of increased product sales and said that it remains on track to deliver on its long-term strategy.

For the half year to the end of December, the company recorded a pretax loss of AUD1.7 million, compared with AUD1.9 million pretax loss in the year ago period, as group revenue grew 9.0% to AUD1.5 million from AUD1.3 million the prior year.

The company said its product sales in both AVX and Murata continued to increase with volumes and pricing up 3.0% and 9.0% respectively, whilst the stronger Australian dollar had a negative effect of 3.0% on US dollar denominated product revenue.

At the end of the period CAP-XX had cash of AUD1.5 million, excluding the research and development tax rebate of AUD1.6 million which was delayed in October 2017 and received by the company in early February 2018. CAP-XX said it remains confident that company’s cash requirements will be satisfied by the current cash reserves.

CAP-XX Chief Executive Officer Anthony Kongats said: “The current financial year has been another big step up for CAP-XX. The first half saw us win our first high volume order for Thinline, which will enter mass production in the current half, and completion of products for global automotive companies. We have progressed a number of licensing negotiations to an advanced stage and secured record royalty revenues from our current licences.”