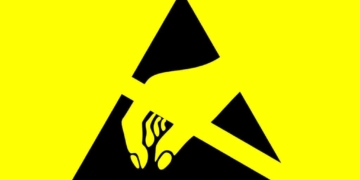 Capacitors Can Help With ESD Too

Capacitors Can Help With ESD Too 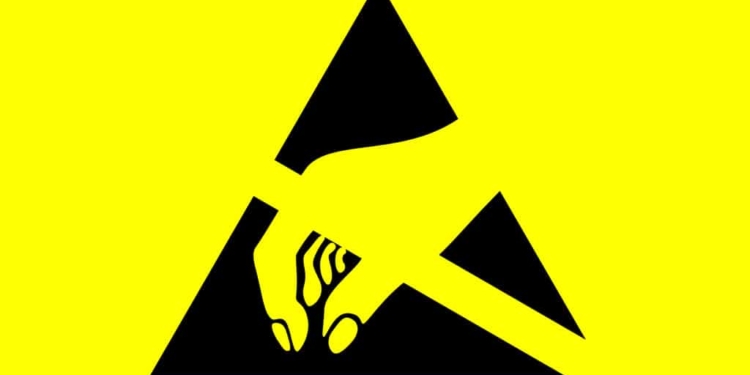 A long time ago (in this galaxy, not one far, far away) I was sitting in my computer class at my junior high school and our teacher, Ms. Wiley, was attempting to teach us BASIC. It didn’t take long for some of us to realize that if we placed our hands on the old CRT monitors and shut them off, they would dump all their static electricity into our bodies. Once charged up you can walk over to your friend and zap them. Let’s just say that we were having a bit too much fun with electrostatic discharge (ESD). This is what happens when power falls into the wrong hands. Eventually, we found ourselves in detention, listening to how we could have damaged the equipment. Once I (sort of) grew up and became an engineer, I spent a great deal of time learning how to protect my circuits against ESD damage.

Protecting Against ESD
If it had been today and I had zapped my phone, it may have been permanently damaged. Protecting against ESD is one of the primary concerns of engineers. Each ESD protection solution has pros and cons in the specific application in which they work best. I’ll be focusing primarily on capacitors as ESD protection. Not a typical application for a capacitor, but under the right circumstances it can be very effective.

What Are ESD Capacitors?
Not surprisingly, an ESD capacitor is one such that has been rated to meet a specific ESD value. Such tests are defined by the AEC-Q200 or by the IEC 61000-2. The tests define the lifetime that the capacitor must maintain after experiencing an ESD event.

Think of it as Filtering ESD
ESD capacitors are not just a one-trick pony, they protect devices from ESD and they do their usual capacitor duties. ESD-rated capacitors can still be used for general purpose applications such as filtering, bypassing, and the like. While not explicitly for protection in these applications, sometimes it may be necessary to design in ESD-rated capacitors because they may see ESD events while doing their typical capacitor functions. When using an ESD capacitor explicitly for circuit protection, you have to determine how much cap and voltage you need to provide adequate suppression.

Two Methods of ESD Protection
Using capacitors as ESD protection works in two different ways, first is to divert the charge. Back in school one of the things we learned about capacitors is that they are AC shorts. So, when placed a shunt, a high-speed transient pulse will see the capacitor as a short to ground and will divert most of the charge from reaching the downstream circuit.

We’ve all heard that a capacitor stores charge, and that’s the other way that a capacitor protects against ESD. In the figure below, C1 is a charged body that represents an ESD source. As C1 discharges through a port, the charge will be distributed between the ESD source capacitance and C2, the ESD-rated protection MLCC. Since the MLCC capacitance will be higher than the ESD source capacitance, the resulting voltage “Vic” across the integrated circuit will be much lower than the ESD pulse.  As the capacitance of the MLCC increases, the voltage across the integrated circuit will decrease further providing protection against ESD.

The (Not So) Fine Print

Engineering is pretty much the art of managing trade-offs. Designing in ESD protection is no different. The data speed of the signals, traces and ICs to be protected are something that must be carefully considered. In general, the faster the signal the less cap that can be safely placed on it.