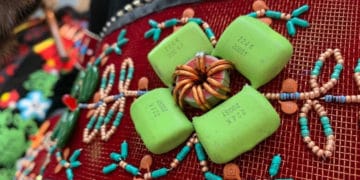 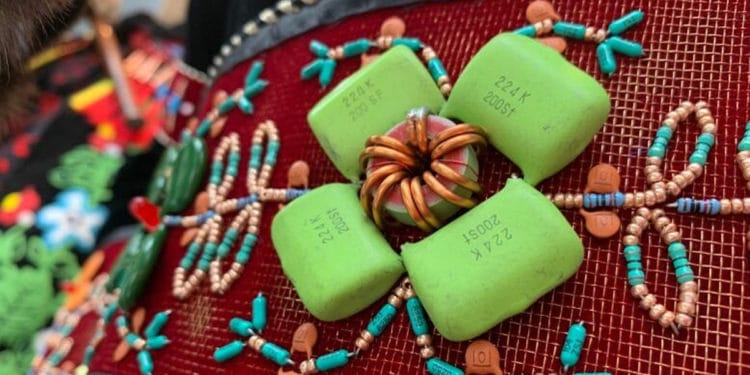 Capacitors, resistors, inductors or other passive components are not only making its function in electrical circuits, but they are also nice looking elements that inspire artists … at least as reported by Jessica Deer from CBC news.

“It’s an introduction of a new technology, very much like beads when they were introduced to North America,” said Ace.

“It shows that our culture has never been in stasis. We’ve always been moving forward and are not stuck in an anthropological past, but are always looking for new ways of cultural expression.”

Ace is a member of the M’Chigeeng First Nation on Manitoulin Island, and currently lives and works in Ottawa. He’s been a visual artist for 25 years, and first learned to bead as a teenager. Ace started playing with electronic components in college when his father wanted him to become an electrician

I would sit with these capacitors and resistors and I’d be making motifs in the ’70s while everyone else was doing their electronic programs,” he said.

“I dropped out after a year and went into graphic arts.”

He said the two media do have a relationship to each other. In Anishinaabemowin, a bead is called a spirit berry.

“[It’s] a little energy berry that has the ability to give power. So when you’re dancing in your full regalia, you’re releasing power for your community,” said Ace.

“In a circuit, the electronic components actually store energy, and when they recognize a drop in current they release their energy.”

featured image: The beadwork in Barry Ace’s work is made up of dozens of electronic components like resistors and capacitors (image credit: Jessica Deer/CBC)

Read more at the link below. 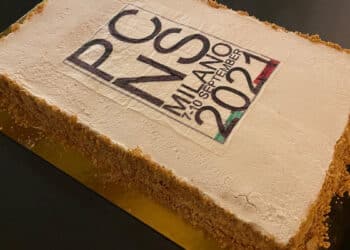 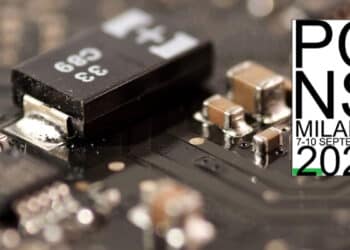 PCNS: The Next Decade on Passive Components will be about Reliability, Sustainability & Materials 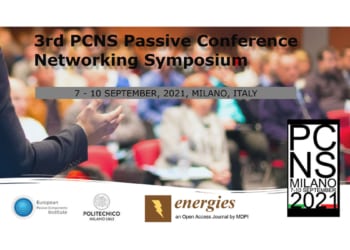