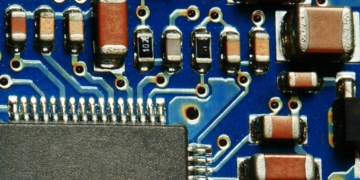 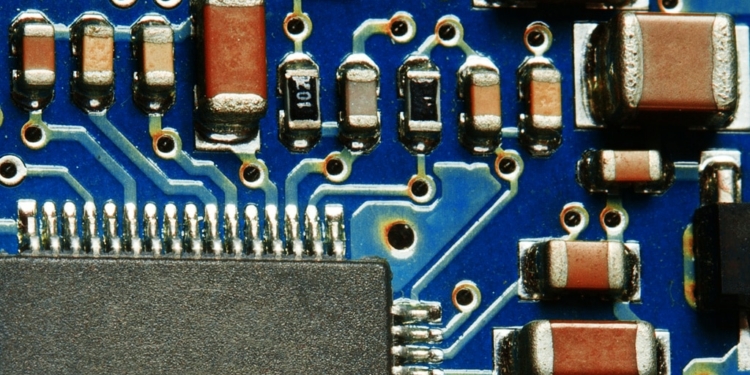 Electronic circuit board with processor, close up.

China-based passive component makers have been expanding their business scale and production capacities at a gradual pace, and are set to pose a growing threat to their bigger Taiwan-based rivals.

Eyang is looking to boost its overall production capacity by 30% in 2018, the sources noted. Eyang’s capability of expanding its scale is due to its China-based customers’ intention of supporting the domestic supply chain and also diversifying their supplier bases to mitigate procurement risks.

Guangdong-based Fenghua has plans to expand its MLCC and chip resistor production capacities by 30% each in 2018, the sources indicated. Fenghua has also obtained AEC-Q200 certification for its automotive MLCCs, chip resistors, inductors and aluminum electrolytic capacitors, the sources said.

In addition, Fenghua is involved in China’s national laboratory for new electronic components and materials, the sources continued. Fenghua reported revenues surged more than 40% from a year earlier to CNY2.08 billion (US$305.5 million) in the first half of 2018. The company has set a revenue goal of exceeding CNY10 billion for 2020.

In the MLCC and chip resistor sectors, Taiwan-based suppliers remain ahead of their fellow China-based competitors in terms of technology and production scale, according market observers. Taiwan-based MLCC companies, for example, are confident about their market dominance despite the growing presence of China-based MLCC firms or even South Korea-based Amotech’s entry into the MLCC market, the observers indicated.

In the long run, however, China-based passive component suppliers financially supported by their local governments will eventually enhance their competitiveness to pose a major threat to their fellow Taiwan-based rivals, the observers warned. With government subsidies, China-based passive component firms would be capable of spending big on production equipment, key technologies as well as talent, the observers said.

Besides, Apple has started sourcing key parts and components for its iPhone, iPad and MacBook devices from several China-based firms to mainly lower its production costs, the observers noted. The entry into Apple’s supply chain would accelerate further the expansion of China-cased suppliers.

Nevertheless, an overall increase in the supply will help ease the current shortages of mass-market MLCCs and other passive components, according to the observers. The global supply of conventional passive components has fallen short of demand as Japan-based Murata, TDK and Kyocera have shifted their focuses to niche-market offerings.

Taiwan-based passive component suppliers have stepped up the development of their offerings for automotive electronics, acknowledging promising demand coming from the car-making sector where demand for electric cars and autonomous vehicles is set to boom. 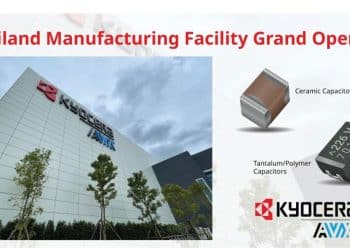