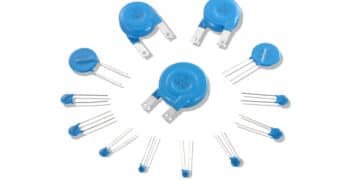 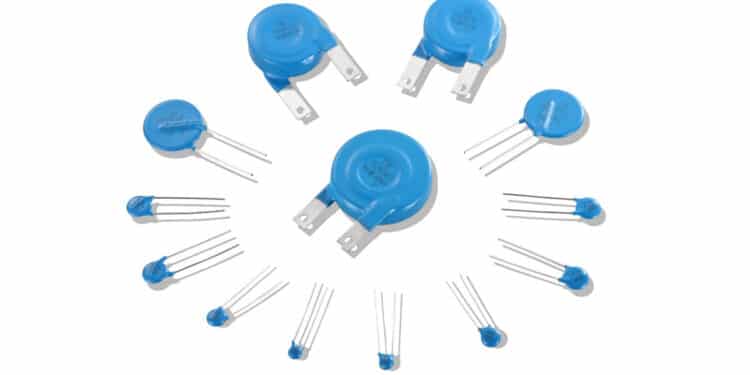 Some see circuit protection as a “solution in search of a problem” that lends no value to the operation of the system at hand. However, its use is required by key regulations dictated by IEEE, IEC and UL. The use of these components is redundant, whereby components are placed at each “point of demarcation” from power transmission grids all the way down to the I/O ports on computers and handsets.

In these circuit protection components, mechanisms that protect against overcurrent and overvoltage play an important role in protecting increasingly sensitive semiconductor layers from the effects of electrostatic discharge, line switching transients and lightning coupling to exposed outside lines.

The global economic downturn in the wake of the worldwide COVID-19 pandemic has especially impacted component manufacturers who supply overvoltage and overcurrent protection solutions for applications in digital electronics, power, automotive and specialty end-use segments of the global high-tech market.

The specific circuit protection components that have been more negatively affected by the global economic downturn are those sold into the automotive and legacy handset end-use markets: chip varistors, surface-mount TVS diodes, blade fuses and NTC thermistors, all of which count automotive as a major end-use market segment with respect to the value of their consumption globally.

Circuit protection components that are manufactured to specific automotive requirements include the blade fuse; the automotive grade metal oxide varistor; the NTC thermistor (for HVAC) and the TVS diode (cars use both back-to-back Zener diodes and silicon avalanche diode TVS technology).

In portable digital electronics, the market hardest hit by the economic downturn was the legacy wireless handset business, which consumes large quantities of both chip varistors and surface-mount TVS diodes for ESD protection at interface ports and screens.

Recovery in the digital electronics markets will be faster than in other markets such as automotive and home appliances, and will be led by demand from notebook and netbook computers, flat-panel HDTVs and advanced 5G wireless products.  Had 5G not been in transition globally, the impact on component supply to the handset business would have been more severe, and more in line with the 2009 downturn.

The in-line voltage and power related markets demand is mixed in 2020. Demand is either steady or up for products consumed at the point of demarcation in power transmission and distribution markets in the United States, Europe and China. This is because of the relationships between these markets as the primary beneficiaries of economic stimulus packages related to climate change.

Significant activity in China and Europe related to renewable energy systems is being driven by demand in the face of tax incentives ending in 2021 that guarantee a specific value per kilowatt hour to investors. This should have a positive affect on demand for specific types of circuit protection components – power thyristors, AC-line gas discharge tubes, industrial-grade fuses, film snubber capacitors, disc varistors and valve block arresters.

However, in customer-premises equipment markets, demand will be off by less than 10 percent in 2020. This segment of the market is faring much better than it did during the economic downturn of 2009 when demand dropped by 25 percent. The better performance is because of the “stay at home” trend, which is driving demand for Internet of Things devices, game consoles and cable set-top boxes. This will have a negative effect on disc varistors, glass cartridge fuses, and ceramic PTC thermistor probe assemblies.

The primary applications in customer premises equipment are for large and small home appliances, HVAC, lighting ballasts and smoke detector protection. Each of these market sets have experienced single-digit downturns due to pandemic-stressed housing markets in Asia, the United States and western Europe.

In specialty markets, including defense, medical electronics, mining, oil and gas, laboratory test equipment and semiconductor manufacturing equipment, increased demand for circuit protection devices in the space and medical sectors is being offset by declining demand in the mining and oil well sectors (in accordance with the decline in commodities pricing), as well as a decline in demand from the semiconductor manufacturing equipment segment.

Zener Diodes – a type of diode that permits current to flow in the forward direction like a normal diode, but also in the reverse direction if the voltage is larger than the breakdown voltage, known as “Zener knee voltage” or “Zener voltage.” Named for Clarence Zener, who discovered this electrical property, Zener diodes are widely used to regulate the voltage across a circuit.

When connected in parallel with a variable voltage source so that it is reverse biased, a Zener diode conducts when the voltage reaches the diode’s reverse breakdown voltage. From that point, it keeps the voltage at that value. Zener diodes represent that largest unit market for circuit protection components in the world.  These devices are a low-cost solution for guarding against the effects of electrostatic discharge in electronic systems.

Zener diodes compete effectively against chip varistors, which are used for the same applications. Zener diodes have a low average unit price per piece, which makes them among the lowest-priced silicon based products on the market today.

Silicon Avalanche Diodes – a diode, usually made from silicon (but which can be made from another semiconductor) designed to break down and conduct at a specified reverse bias voltage. A common application is protecting electronic circuits against damaging high voltages: if the voltage increases beyond the design limit, the diode suffers avalanche breakdown, causing the harmful voltage to be conducted to earth. When used in this fashion, they are often referred to as clamper diodes because they “clamp” the voltage to a predetermined maximum level.

Both Zener and avalanche diodes respond particularly quickly in comparison to varistors and gas tubes. Silicon diodes do not exhibit degradation of electrical parameters after prolonged service. This fact is often stated as a reason to use silicon diodes rather than varistors.

Thyristors – a solid-state semiconductor device with four layers of alternating N and P-type material. They act as a switch, conducting when their gate receives a current pulse, and continue to conduct for as long as they are forward biased (that is, as long as the voltage across the device has not reversed). Thyristors can also be found in power supplies for digital circuits, where they can be used as a sort of “circuit breaker” or “crowbar” to prevent a failure in the power supply from damaging downstream components. The thyristor is used in conjunction with a Zener diode attached to its gate, and when the output voltage of the supply rises above the Zener voltage, the thyristor conducts, shorting the power supply output to ground (and in general blowing an upstream fuse).

Metal Oxide Varistors – often used to protect circuits against excessive transient voltages by incorporating them into the circuit in such a way that, when triggered, they will shunt the current created by the high voltage away from sensitive components. Varistors are produced in two primary configurations, chip and disc. Disc varistors have been around for 50 years while chip varistors are relatively new (in use for 25 years).  Varistor construction methods are similar to ceramic capacitor production methods for both disc and chip versions. Chip varistors have also evolved into varistor arrays (primarily “quad packs,” or four varistors in an 0603 or 0805 package), while disc varistors have evolved into large industrial block designs.  Since varistors are in fact non-linear resistors, their physical size contributes to their ability to handle higher levels of transients – or, more simply stated, small varistors handle small transient levels and larger varistors handle higher levels of transients. Thus, like other markets identified in this report, varistors segment into digital electronic markets and industrial or line voltage markets.

Chip varistors, especially multilayered designs, employ precious metal electrodes, with emphasis on palladium-silver electrodes – although I have noted the use of platinum electrodes in the past in this market, the top competitors now employ a palladium+silver electrode system. The market for varistors has grown substantially because of their use in wireless handsets for protection against electro-static discharge (ESD). Chip varistors are also used in automotive electronic subassemblies to protect engine control units and other sensitive subassemblies against the effects of transients. Varistors compete against Zener diodes directly, but have made inroads in wireless communications devices and automotive electronic subassemblies because of their volumetric efficiency (small case size parts, which are important for handset use) and because of their robust nature in harsh automotive environments.

Although some varistors are used in the personal computer markets in Taiwan and China, we note that semiconductor devices such as Zener diodes and avalanche TVS diodes are used in larger volumes for ESD protection in digital electronics

Gas discharge tubes – a gas-filled tube, also known as a discharge tube, is an arrangement of electrodes in a gas within an insulating, temperature-resistant envelope. Although the envelope was typically glass, power tubes often use ceramics, and military tubes often use glass-lined metal. There has been a reinvigoration of this technology for applications in cable modems and in station class protectors for residences (which protect the demarcation point where phone lines and cable lines enter the premises).

Fuses – electronic circuit protection devices that protect against overcurrent by melting or “fusing” open its conductive element when an excessive current flows through it. In the field of electronic fuses, the configurations employed are typically miniature and micro fuses that employ cylindrical bodies with ferrule end caps, and which have a rating from several milliamperes to tens of amperes, with voltage ranges from a few volts to 600 volts.  Larger industrial fuses are also available, designed to handle extremely high currents at high voltage.

PTC Thermistors – these Positive Temperature Coefficient thermistors are used primarily for overcurrent protection in a variety of electronic equipment applications, but are also available in specialty switch applications for degaussing circuits in TV sets and PC monitors; for inrush current limiting in lighting ballasts; and in motor start circuits for compressor motors. These devices undergo a large, abrupt increase in resistance when an overcurrent of high ambient temperature heats them above a specific, predetermined point.

There are two basic technologies employed to produce PTC thermistors and switches.  These include both ceramic and polymer technology platforms. The ceramic platform is generally considered an offshoot of MLC capacitor manufacturing and is based upon doped barium titanate materials. Polymer thermistors are a radical alternative to ceramic PTC thermistors, and the technology is based upon polymer doped with carbon black.

NTC Thermistors – these components demonstrate a decrease in resistance when subjected to an increase in body temperature – a negative temperature coefficient. This makes them unique in their functionality compared to other electronic components. As an electronic protection component, NTC thermistors are typically viewed as thermal protection devices used for sensing and compensation. In many applications NTC thermistors compete against electromechanical thermostats; however, NTC thermistors are replacing the more complex thermostats in many applications, especially in automotive electronic subassemblies, because of their lower cost.

The global economic downturn in 2020 has impacted the circuit protection component industry due to its large reliance upon the automotive end-use market segment for revenues. Electronic components used for overvoltage and overcurrent protection that are consumed in automobiles include fuses, varistors, avalanche diodes, Zener diodes and NTC thermistors; these markets have been negatively impacted by the 2020 pandemic through the June quarter.

Other markets, such as 5G handsets and 5G infrastructure offset the weakness in automotive by increased sales for varistors, SAD diodes, SMD gas tubes and polymeric ESD protection, and the stay-at-home trend boosted sales for computer-related circuit protection for varistors and avalanche diodes.