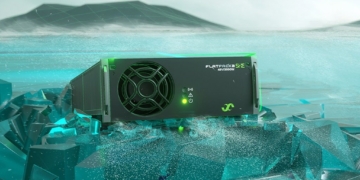 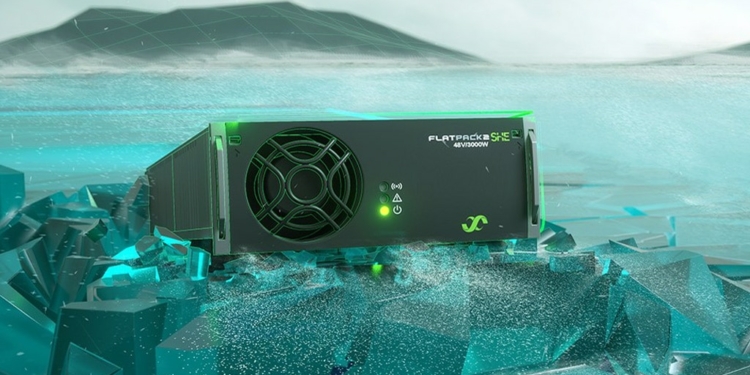 Gallium nitride is a very hot topic also at Infineon. At PCIM Europe we spoke to Dr. Steffen Metzger, Senior Director High Voltage Conversion at Infineon, about the current status.

DESIGN&ELEKTRONIK: Mr. Metzger, at the PCIM Europe 2017, Infineon presented the first CoolGaN products. What has happened since then?

Dr. Steffen Metzger: The products we presented last year incorporated a chip manufactured by Panasonic. Infineon has licensed parts of Panasonic’s GaN technology with the purpose of transferring this expertise to us in Villach and building up our own in-house manufacturing capacities. This transfer is now accomplished. Starting in late 2018, our CoolGaN products will also contain chips we have manufactured ourselves.

At this year’s PCIM, Infineon announced that the company will start mass production with CoolGaN by the end of 2018.

That is correct; we will start to make CoolGaN available for the mass market. So far, we have limited ourselves to a few defined niche applications and key customers. From the end of the year distributors and small customers can also order our CoolGaN products.

The CoolGaN switches improve the efficiency of the Flatpack2 SHE compared to the previous model, halving the losses. Chart credit: Eltek

In late 2017, the power supply manufacturer Eltek announced that CoolGaN was in series production with them. Which kind of application is this, and what advantages does CoolGaN offer over the existing silicon solution?

It is a 3 kilowatt telecom power supply that converts an AC voltage from 230 V to 48 V DC. The maximum efficiency of this solution is 97.8 percent, whereas Eltek’s previous high-efficiency silicon-based solution reached 96.2 percent. This cuts losses by half. This is huge! Such leaps cannot be achieved easily with silicon components.

Tim McDonald, Senior Director GaN at Infineon, told me last year that Infineon’s current CoolGaN products primarily address the data center market. Which are the markets and applications Infineon will address next?

This primarily depends on the voltage class. In the area of 600 V, power supplies for servers and telecommunications systems continue to be our main focus application. But we also look closely for possible added value of gallium nitride in the area of lower power applications like laptop adapters and chargers. From a technical point of view, the advantages are obvious: Such devices are more efficient and therefore smaller. However, no customer is willing to pay more for his charger. Therefore, you have to consider very carefully how to save money so that such a charger at the end does not cost more despite the more expensive switch. With the 400 volt class, our primary focus is on audio. For even lower voltages we see further applications such as wireless charging.

When it comes to cutting down system costs, passive components such as the transformer are the ones most affected.

Exactly. The higher switching frequencies allow passive components to become smaller and thus cheaper. In the end, the manufacturer has to analyze his bill of materials and check whether he really achieves the targeted price point.

EPC has just qualified two of its GaN transistors for automotive applications according to AEC-Q101. Infineon is also very active in that market. When will we see the first automotive-qualified CoolGaN products?

We’re about to ramp up our GaN manufacturing. An automotive qualification is a complex task. Therefore, I expect that we will need a considerable amount of time in order to accomplish this.

The current CoolGaN product portfolio is restricted to 400 volts and 600 volts. Some competitors are looking at 900 volts and 1200 volts. Does Infineon also intend to proceed in that direction?

At the moment we do not see any reason to develop a 1200 volt GaN switch. Such a device would be very complex to manufacture, as thick epitaxial layers are required. It would take a lot of time and would be consequently expensive. This in turn eliminates the cost advantage of gallium nitride grown on a standard silicon wafer compared to a silicon carbide wafer.

Such a strategy would only be suitable for companies that do not have silicon carbide in their portfolio.