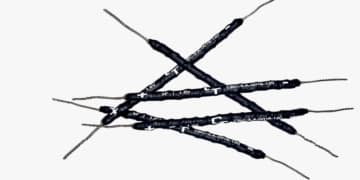 Designing Flexible Supercapacitor Modules with the Cable Based Capacitors

Designing Flexible Supercapacitor Modules with the Cable Based Capacitors 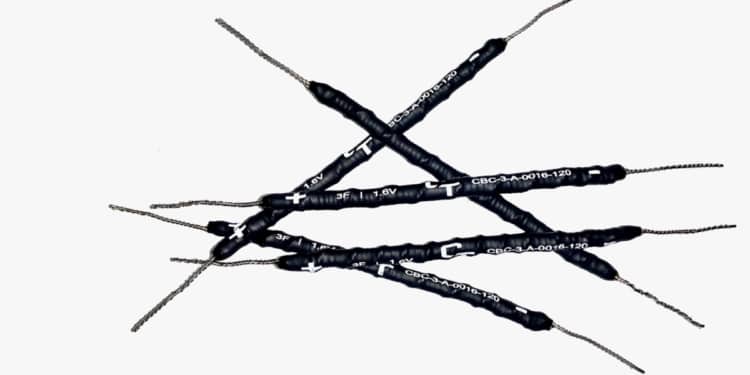 Capacitech Energy, Inc. is reimagining the energy storage industry by innovating the form factor that energy storage products come in. Initially focused on supercapacitors, the Cable-based Capacitor (CBC) product line, features a wire-like shape and is physically flexible, unlike traditional supercapacitors. Flexible supercapacitors can be used in applications in which they were never imagined, helping our customers achieve their design and performance goals.

There are a few methods to evaluate a supercapacitor using testing equipment, such as a potentiostat. A common technique is to use a Galvanostatic Charge-Discharge (GCD) curve. A GCD curve is produced by charging and discharging the CBC with constant current to a specific voltage, as shown in Figure 1.

As current is applied, the voltage across the CBC steadily increases until a specific voltage is reached. In this case, the CBC is charged to 1.6V with 1.25A. Once the CBC reaches 1.6V, the CBC is then discharged to 0.1V with 1.25A. The capacitance and other important specifications can be calculated using the known charge/discharge current, voltage values, and time stamps recorded by the testing equipment.

Individual cells of the CBC can be connected in series and parallel to meet the requirements of a given application (IoT devices, wearables, solar panels, power supplies, IT equipment, automotive, defense, etc…). This is a common practice in the supercapacitor industry, especially because a single supercapacitor typically has a voltage rating below 5V. When supercapacitors are connected in series and parallel, they form what is called a module. While an individual cell may not meet the requirements for an application, connecting several cells together in a module might.

Where 1.6V is the voltage rating of a single CBC cell.

Since modules are made up of multiple individual cells, the module’s performance is can be described in equivalent units for capacitance, ESR, voltage, etc. The equivalent units are represented as “eq” and are understood to be the value after algebraic modification.

Each unit of the CBC features 3F capacitance, 0.25Ω ESR, and a 1.6V rating. For this reason, these formulas may be simplified as:

Once a module is formed, the equivalent specifications of the module can be used to calculate power and energy using the same formulas as single cell evaluation.

Using these equations, a variety of supercapacitor modules can be formed with the CBC. For example:

A simplified approach to designing CBC modules is to:

In the series connections for the CBC modules, a balancing circuit may be considered. While the individual cells of the CBC module can be very close in performance, they are never the exact same, meaning that over time the voltage will deviate slightly from one another. This can create an unbalanced CBC module. While this deviation is small and may not create any issues, a balancing circuit may be necessary for some applications.

We hope this article explained the fundamentals behind designing a flexible supercapacitor module using our CBCs across any project. We are excited to hear about your project and how we may help you build the technologies of the future.