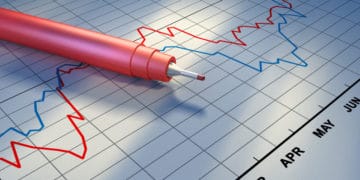 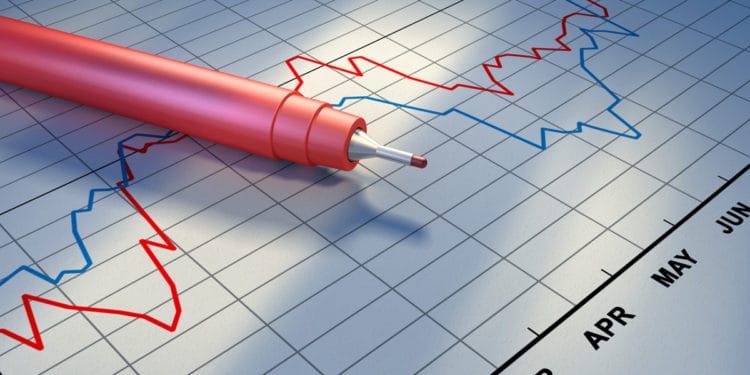 Increased demand for components from industrial and defense and aerospace OEMs and their contractors, coupled with deployment of 5G networks will create greater demand for semiconductors, passives and other components in 2020 – By James Carbone at Electronics Sourcing

Distributors are cautiously optimistic that they will post single-digit sales increases in 2020 because high inventory levels in 2019 have been mostly worked off and component demand will increase after being sluggish last year.

Distributors say that component demand from industrial, transportation and defense and aerospace OEMs and their contract manufacturers will drive demand in 2020. In addition, the deployment of 5G technology is under way and will contribute to component demand for at least the next five years and most likely longer.

“Next year (2020), there is going to be a dichotomy, said Michael Knight, president, TTI Semiconductor Group. “On one hand there are a lot of things that will put energy into the market. On the other hand, there is this growing pessimism and fear that were going to slip into a recession, maybe a global recession. But I don’t think the U.S. is going to go into a recession,” he said.

Chris Stansbury, chief financial officer for Arrow Electronics, said “sales growth won’t return until the second quarter or even beyond. Inventories have largely come down, but there’s still more to come out although it is not a large amount,” he said.

He said Arrow’s business last year was “off across the board but we have done better than the market overall. That’s most pronounced in Asia because we continue to take share from regional distributors,” said Stansbury. He added while 2019 was an off year for Arrow, the distributor previously had 25 straight quarters of growth in Europe, Middle East, and Africa (EMEA) but that ended in the third quarter of last year.

Some distributors are not sure when business will get better. “No one knows exactly when the market will return to more favorable dynamics,” said Alex Iuorio, senior vice president of supplier development for Avnet Electronics Marketing Americas. “What we do know is that macro data, including the U.S. Purchasing Managers Index, or PMI, hit a 10-year low in September, and is now showing signs of improving. The most recent PMI data shows that in the U.S. the November PMI is at a seven-month high amid a stronger upturn in new orders,” he said.

He added as “we look towards the new year and beyond that to a new decade, we’re seeing mid- to long-term opportunities in retail and health care, and positive trends in defense and aerospace.” However, with other industries such as industrial and automotive,” we still see lingering impact from recent regional slowing such as that in EMEA. “But a new decade promises new opportunity across all of Avnet’s key industries and geographies, said Iuorio.

“If you look at 5G deployment, it is obviously slow. I think there are also questions right now given the issues with Huawei.” The Chinese company builds telecommunications equipment including 5G networks and smart phones. The U.S. has said that Huawei’s infrastructure equipment may allow China to conduct surveillance on the U.S. and there have been calls for the U.S. to prevent the use of products made by Huawei. In 2018, the United States passed a defense funding bill that barred the federal government from doing business with Huawei because of security concerns.

Nevertheless, 5G technology will drive sales as networks and new 5G smart phones are built. However, there will be much more to 5G technology than smart phones. Len Jelinek, director and chief analyst at IHS Markit Technology, said IoT is a “technology platform that will enable a lot of things beyond handsets.” For instance, the low latency and low power of 5G will enable a lot more IoT applications to be developed because a lot of data can be transmitted very quickly.

“It should enable some better form of autonomous driving,” said Jelinek. “My belief is 5G will definitely be an enabler and will really benefit” the component industry, not just in the short term, but for five years.
Knight agrees. He said 5G will result in strong, steady growth for a long time. “I think 5G will be the story for the 2020s. As 5G comes into play there will be many other technologies applications that get enabled by that low latency such as telemedicine, telesurgery, vehicle communications, and autonomous driving” which will drive component demand, said Knight.

That will be welcome news to all distributors, including small- volume distributors that specialise in design and new product introduction such as Mouser Electronics. Kevin Hess, senior vice president of marketing for Mouser, said the distributor is expecting high single-digit growth in 2020. He noted that Mouser has increased its number of customers and has seen a rise in the number of component orders. IoT applications, 5G and new emerging artificial intelligence applications should contribute to sales growth over the next several years.

Mouser has expanded its warehouse adding more inventory and will be well-positioned to meet component demand, he said. Extra inventory may be needed because the electronics industry often grows four times GDP, according to Pete Shopp, senior vice president of business operations for Mouser. “If GDP is 2 per cent that means electronics should grow 8 per cent and if we do a couple things right, we will be at 12 per cent,” he said. That should be our long-term average,”’ he said.

Solving trade issues
Shopp said if trade issues with China can be resolved and the problem of Brexit can be settled, it should lead to more economic growth and have a positive impact on the electronics industry. Shopp said that the planned exit of the UK from the European Union and the trade war and tariffs with China have contributed to lower GDP.

GDP has been reduced by 1 per because of Brexit and the tariffs, said Shopp. So, If these issues are resolved it will boost overall economic growth which should mean greater sales growth for many distributors because large and medium-sized distributors sell globally and not just in North America. Hess notes that North and South America used to account for more than 50 per cent of Mouser’s business. “Now it’s about 36 or 37 per cent. Europe is about 26 or 27 per cent’s and Asia the rest,” he said. Mouser’s business in Europe and Asia has grown at a faster rate than the Americas with the exception of 2019. “Asia was down a little bit and Europe was relatively flat,” he said.

Don Akery, president of TTI Americas, said the distributor was expecting mid-single-digit growth in 2020. “We have seen a few weeks where the bookings have been surprisingly strong,” he said in late October.

“Five to seven percent growth is where we expect it to be next year. Mil-aerospace is a big part of our business,” said Akery. And that’s going to be in the double digits again although the commercial air piece of it may slow down due in part to the Boeing 737 MAX being grounded.