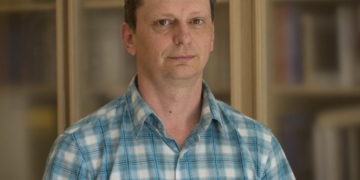 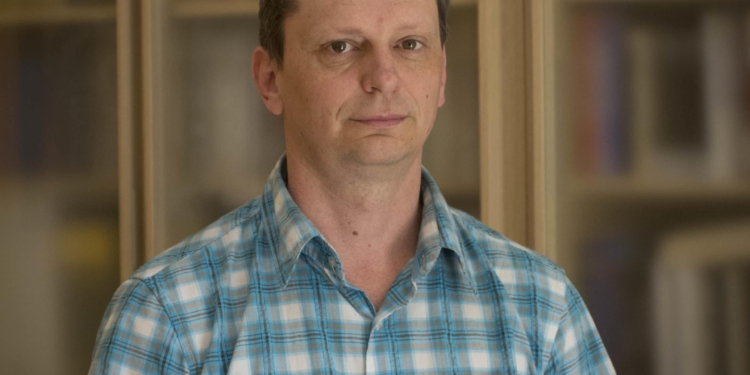 This time EPCI questioned its president Tomas Zednicek about its current and future activities related to passive components.

> Q1 EPCI: Hello Tom, can you please briefly introduce yourselves, your current position, scope of your work and your experience/relation to the passive components supply chain?

I was working for a global passive components manufacturer for more than twenty-one years in a position of technical marketing for tantalum capacitors. During this time I had a chance to meet a lot of great people across the whole passive industry supply chain at conferences, seminars or personal visits all over the World. I also completed my Ph.D. in tantalum capacitors and keep my co-operation with universities since early 2000’s. I worked closely on capacitor applications and specifications with high reliability and space industry, especially with ESA European Space Agency. The top of the iceberg may be assistance with a capacitor bank design for Mars Curiosity’s ChemCam laser power supply, that is still operational on Mars. I established European Passive Components Institute EPCI in 2014 to become an independent consultant.

>Q2 EPCI: What was your motivation to establish the EPCI?

T.Zednicek: Well, there were more factors that influenced my decision to establish the EPCI.

It is tight business, but I think there is a gap on the market for independent experts not related to a specific products and brands. We are living now in information society, where it is easy to get information, but it takes time and resources to verify that you can trust it. Many hardware engineers, for example, have a limited trust to commercial presentations with obvious sales pitch and looking more for some source of “verified” and “validated” information. This saves their time and money.

Manufacturing of passive components, as a “simple” technology, moved in many cases early offshore to cheap labor countries, but nowadays the business environment is changing. The need of high tech, knowledge base and fast reacting supply chain close to its customers is creating new opportunities for economically viable manufacturing back in Europe and America. Such operations, of course, need to be based on high efficient production systems using lean management, industry 4.0. etc. Sometimes, I wish, we have now the knowledge that was lost during the time of mass shift of production to overseas when I see the current tasks and market challenges.

And there is also my private reason. I was born in Lanskroun, Czech Republic that has been a center of passive components industry for decades (since 1944). My father worked in a capacitor reliability lab of TESLA company that became a major passive component supplier to the whole former East Countries Block. I picked the proud heritage to study, manufacture, promote and lecture capacitors, thus as continuation of the family tradition.

I would like to use this opportunity to thanks to all sponsors that are supporting EPCI. Especially the gold sponsors – AVX Corporation and Würth Elektronik eiSos that shared the EPCI visions.

>Q3 EPCI: What can we expect from EPCI as a value for passive components industry?

The key EPCI role is a networking function for passive components industry, especially within the European territory. The main task is to integrate the knowledge among the large manufacturers, smaller specialists and universities and re-establish link to the end customers.

There are more tools that has been developed to support the mission. European passive manufacturers, testhouses and universities database that consists already more than 130 records with overview of the entity capabilities may present obsolescent alternatives, introduce the product/service to new customers or provide regional capabilities for offset projects etc. Passive component news are sometimes difficult to find among the major electronic media press, thus EPCI established passive components newsletters to provide easy to get overview what is going on in the World of passive industry. Target is also to build e-passivebook as an independent online handbook of basic passive components and e-symposium with passive component technical articles.

We are carefully monitoring feedback from our supporting tools. There are number of positive signs that keep our motivation high to continue with our effort. EPCI web site visitors counts, as a key indicator, has increased during the past six month from below one thousand to close to 1500 visitors per month. EPCI made nomination to Elektra Award 2016 in category of education and support based on an independent jury review. EPCI web site is also among the top google search links for “passive components” keyword and thus it is easy to find as a reference passive component information resource already.

The year 2017 has been a real milestone, EPCI signed contract with ESA on passive components support that is very important in continuity of its independent services. EPCI jointly with Brno University of Technology are organizing the 1st PCNS Passive Component Networking Days that will take place in Brno, Czech Republic in September 12-15, 2017.

Q4 EPCI: What is the main objective of the PCNS symposium?

I think even in today’s upcoming digital age it is still very important for people to meet face to face that enable multi-level interactive communication that may raise new ideas for your own thinking, knowledge growth and innovation. However, it is difficult to measure, predict and justify the return of invested time and money.

I was a regular speaker and program committee member at discontinued passive component conferences CARTS for past fifteen years and despite a lot changed in the industry I am still missing it. That is why EPCI is trying to bring a new concept of symposium adjusted to the current economic environment focused on its networking function and co-operation with universities across the industry.

PCNS has been established as a bi-annual event complementary to the ESA Space Passive Component Days SPCD. As a hot topic for the next PCNS we will continue with “commercial components for space” panel discussion introduced during the last SPCD with key note presentations from ESA, NASA and Kemet. PCNS is however including all applications of passive components from commercial, industrial, automotive to high rel. The academia and industry technical article presence is 50/50 share thus apart of new products on the market we will also hear about research projects from academia. In addition, PCNS also includes pre-event component seminars on capacitors, resistors and inductors dedicated to the end users’ design and component engineers, FAEs from distributors or everyone in a need for basic to advanced passive component training course. Thus I am looking forward to meet old mates and new friends at the PCNS.

Q5 EPCI: Can you please disclose some of your next direction and plans?

Nomination at Elektra Awards 2016 was an important milestone for EPCI as it met its category winner – UK’s microbit foundation. The foundation provided over a million of BBC micro:bit micro-computers to children in England to support coding literacy for young generation. I found this as a great idea and tool to promote technical education among the kids, especially in the current shortage of technically skilled labors. EPCI established a microla foundation fund (www.microla.cz site in Czech) to bring the BBC micro:bit to students in the Czech Republic and initiated a pilot project in Lanskroun with further expansion over the country later this year.

During my recent frequent visits to universities and schools I observed missing a good lecturing textbooks on passive components, no surprise there is a niche interest for students to study and learn more about them. Some of the teachers’ books about passive components were some twenty to forty years old. Thus, the motivation for this and next year EPCI effort is to work on a new CLR handbook on passive components and then transform it also to an online e-passive book in a viewer form for wider public use.

Thank you Tom for your time and willingness to disclose your next plans with us.