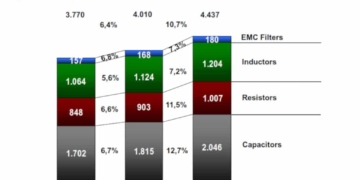 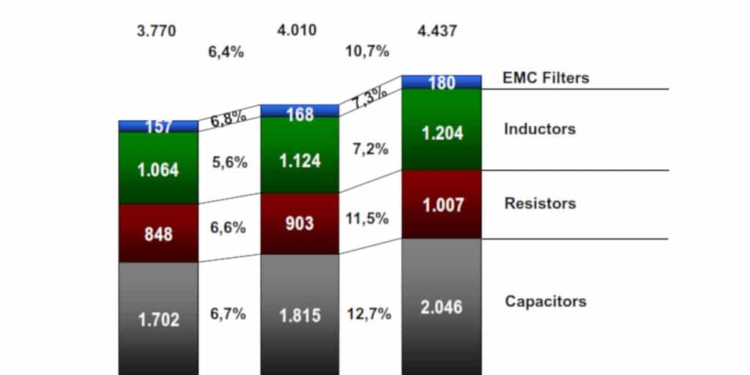 Based on the aggregated results of the common European Passive Components Statistics (EPC-eStat), the markets developed as follows:

Inductors represent the second biggest product segment among Passive Components in the EMEA market with a share of nearly 30%. The pleasing growth of 7.2% in 2017, however, was relatively moderate compared to the other product groups. The Inductors market reached a size of EUR 1.2 bn in 2017.

The Automotive sector still represents half of the total Passives EMEA market. Hence, strong growth – as in the last two years – is of highest importance for Passive Components in Europe.

The Industrial segment as the second largest in the EMEA market and with a share of one third is of major importance, too. Here, the market development was also positive from 2015 to 2017 with moderate growth rates.