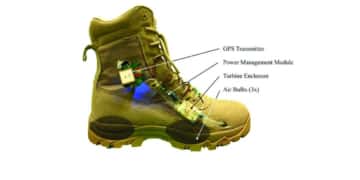 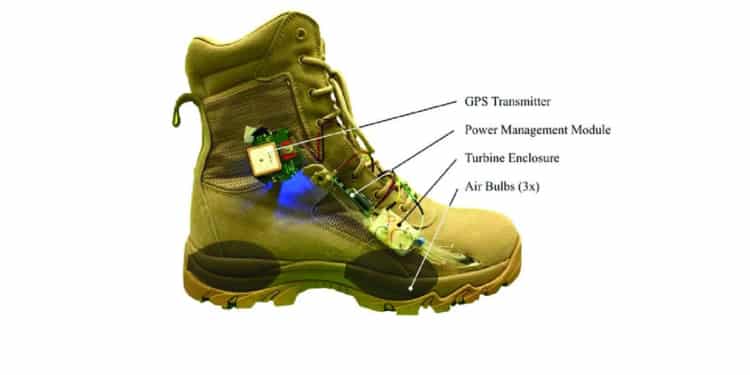 Supercapacitors provide efficient power pulses for transmitting data and rapidly soaking up energy from intermittent sources. However, traditional cylindrically and rectangularly shaped supercapacitors unnecessarily constrain product design as they are restricted to use on a circuit board. In IoT devices, they use about ~50% of the surface area (space) available on the board.

Capacitech’s Cable Based Capacitor (CBC) innovation dramatically improves the form factor of supercapacitors offering a flexible and wire-like shape. It can be used to streamline product design and offer features that are not possible with a traditional cylindrical, rectangular, or flat supercapacitor.

Let’s take a biofeedback shoe as an example. The accelerometer, processor and Bluetooth modules are tiny enough that you could easily hide them in the tongue of the shoe. Companies like BeBop Sensors have even integrated pressure sensors into soft textiles that the user can stand on. But a hard and rigid supercapacitor, which could be charged by biomechanical (kinetic) energy from electroactive polymers harvested from the user’s motion, is hard to fit anywhere without creating discomfort for the user or an unsightly bulge.

MIT made a great demonstration of how energy harvesting in footwear could be leveraged, but their design features a large supercapacitor hanging off the boot. Traditional supercapacitor shapes and form factors would destroy the streamlined look of a shoe. On the other hand, a thin and flexible supercapacitor like the CBC can be distributed throughout the shoe where it can remain discrete and is comfortable to the user.

Other wearables, jewelry, or medical monitoring applications run into similar problems. The solution is a supercapacitor that is flexible and seamlessly integrated into alternative parts of the product or system where space is more abundant than on the circuit board.

These CBC’s are flexible enough that they can be integrated into the structural elements of a design, rather than be in intimate contact with the rest of the electronics on a circuit board. As a further example, a helmet that detects dangerous blows to the head can have the CBCs worked into the lining of the helmet. This would allow for more even weight distribution and a thinner, more streamlined shape than is possible with traditional supercapacitors.

As a final example, for wildlife and domesticated animal monitoring, it is important that the “Internet of Life” design be unobtrusive. Rigid, compact boxes tend to feel like an annoying pest for animals. A soft, pliable system is inherently more comfortable. Such a design is much easier to achieve with a CBC.

The CBC is an energy source that is adaptable, both from a design and a mechanical perspective. The CBC is optimized to use less surface area on printed circuit boards than other supercapacitors. It can also be used off the circuit board entirely and inside another piece of infrastructure, such as a wiring harness or between cracks of foam in a protective helmet, among other places.