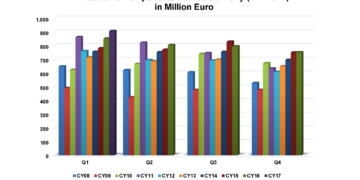 German distributors are having a good 2017

German distributors are having a good 2017 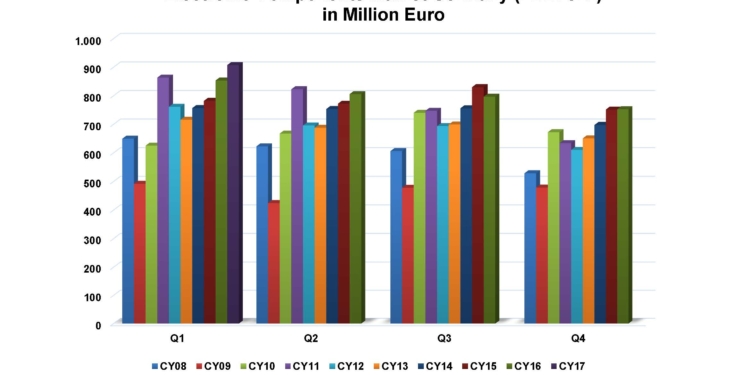 After a rather mediocre 2016, sales by companies registered with the industry assoication FBDi (Fachverband Bauelemente Distribution) grew 6.3% to reach €907m during the first quarter.

According to the FBDi, the next few quarters look more promising, as orders have jumped 20% to over €1bn. The book-to-bill rate was 1.11.

Sales of semiconductors grew by almost 6% to €635m.

“The overall position of the German high-tech industry is even better since its electronics manufacturing activities are focused to a large extent in lower-cost regions of Eastern Europe.  Perceived growth among customers in the first quarter is leaning more toward double-digits.”

There are ongoing negative factors, these include increasing delivery times in the semiconductor industry and high workload at factories which can lead to duplicate bookings.

“The year 2017 will also continue to be dominated by price increases by the manufacturers. The fact that more and more semiconductor components are single-source products is significantly restricting customer choice and therefore the potential for negotiation,” said Steinberger.

“Many manufacturers are also constricting their sales channels or attempting to supply typical distribution customers themselves – a move that will not necessarily lead to a more customer-friendly service.”