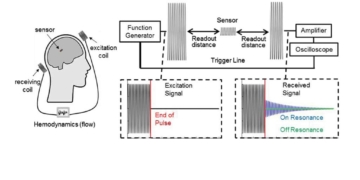 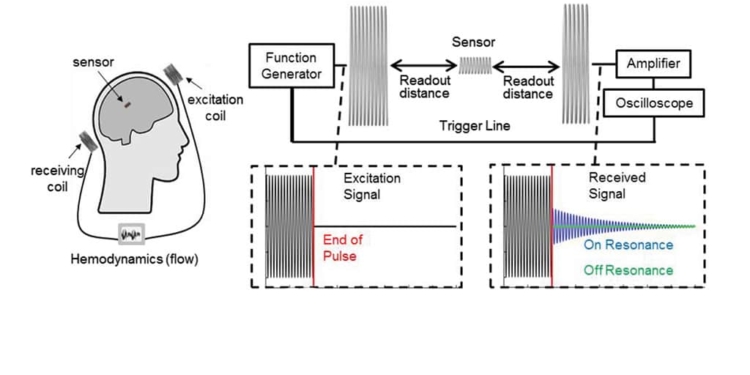 Recent advances in microfabrication techniques have allowed for the development of miniature, implantable electronics. When combined with soft materials, these implantable electronics can be used in applications such as stretchable and flexible biosensors. Important requirements for the use of biosensors include wireless monitoring capabilities, and manufacturing reliability and scalability. Until now, implantable electronics often have limited readout distances and rely on slow, low-throughput fabrication procedures. They are also often ridged and bulky, making them incompatible for soft tissues or blood vessels.

A challenging implant location is in the cerebral arteries. Aneurysms exist in these contoured and narrow arteries in 6% of the population, making the development of effective treatments and follow-up monitoring critical. In the vascular system, implantable sensors must be stretchable and flexible while maintaining a low profile in order to not disrupt blood flow.

Ag deposition with an ultrasonic atomizer (left) and enlarged view of patterned Ag on PI (right).

To fabricate the sensor, AJP was used to print four aligned layers followed by seamless integration onto a soft elastomer. In short, the sacrificial polymethyl methacrylate (PMMA) layer was spin-coated on a glass substrate, followed by a polyimide (PI) layer (dielectric layer) for transfer, which was then cured.

A silver nanoparticle (AgNP) ink (capacitive electrode) was then printed and sintered on a plasma-treated PI layer, followed by printing of a second PI and Ag layer. The PMMA was then dissolved in an acetone bath for transfer to the elastomer.

This integration process enables the sensor to conform to stents with high flexibility and stretchability and can be deployed via conventional catheter procedures.

A new inductive coupling method was also optimized and used to monitor hemodynamics via a wireless detection method at distances that surpass existing devices (6 cm). As a proof of concept, the method was tested through air, saline, beef, and in two biomimetic cerebral aneurysm models.

Mechanics of the printed biosensor for catheter-based deployment in a target vessel.

Currently, a restraint of the system is the integration of an implantable coil with the stent and sensor to achieve a complete implantable package, which the team hopes to realize in the near future.