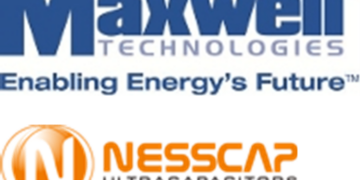 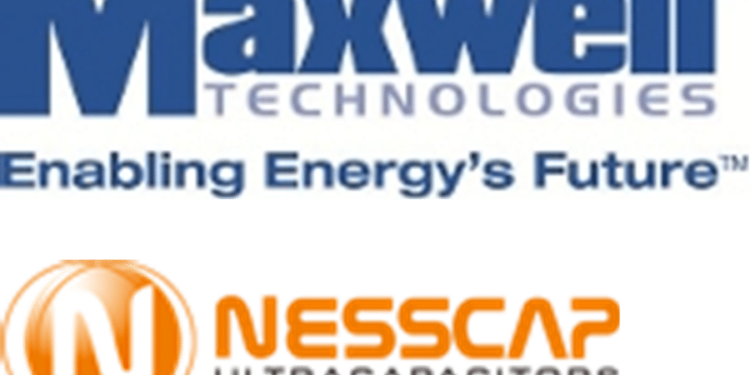 by Larry Saunders
Maxwell Technologies has announced its intended acquisition of Nesscap for $23M. The purchase will be funded by issuing approximately 4.6M additional Maxwell common shares. Maxwell management expects swift integration, with positive EBITDA impact by year-end of 2017.
Maxwell Technologies (NASDAQ:MXWL), the California-based market leader in ultracapacitors, announced its intention to acquire Nesscap Energy (OTC:NCERF), a small South Korean player in the ultracapacitor space, in conjunction with its Q4 and year-end 2016 reporting. Back in June 2016, I had a bullish article on Maxwell, and in the comment thread, someone asked “How do you see the competitive landscape shaping up?” My response at the time was that I envisioned consolidation in the industry, and here is one move in that very direction. The fundamental question for Maxwell investors is whether or not this move is likely to create or destroy value.

Initially, the market responded positively with Maxwell’s shares rising and holding at around $5.25 and higher, but has drifted back down closer to $5.10, roughly where it traded before the earnings call.

MXWL data by YChartsWhy the market believed this to be an overall immediate positive surprised me, primarily because Maxwell would be issuing new shares – 4.6M of them – to pay for it. So what could Nesscap Energy possibly bring to the table that would convince Maxwell’s board it was worth the price of such dilution? Based on the public statements from Maxwell, Nesscap will bring:

Even if these all are true, each would have to work out quickly and translate to large improvements in cash flows to justify payment terms that amount to a 12% dilution of existing shares, and frankly, the whole thing seems a little murky.

At least two of the reasons for the tie-up can be questioned. First of all, Maxwell has been guiding shareholders towards a vision of supplying the auto sector for a few years, garnering its own design wins. Acquiring Nesscap hardly seems necessary to be positioned for the market. Secondly while diversifying to more markets outside China is certainly wise, Maxwell was already indicating that the China bus market would be coming back by the end of 2017 and that the company was intending already to do more in the United States and India. In fact, according to The Wall Street Journal, reporting on the National People’s Congress taking place now in Beijing,

Whatever concerns there may be over Chinese debt, public spending appears likely to continue at a good clip, and between infrastructure and pollution concerns, ultracapacitors is a technology that remains well positioned to benefit. Growing beyond China and being less dependent one market is smart, but hardly essential at this precise moment.

Even if Nesscap has a significant portion of its revenue come in Europe or markets apart from China in general, it was still a company with only $21M in annual revenue, and cross-selling Maxwell’s legacy products in Nesscap’s established markets is neither guaranteed nor likely to expand revenue significantly, at least not quickly. In some ways, with a new production agreement in China with a local partner, and now the Nesscap facilities in Korea, Maxwell is more concentrated in Asia than before. The promised synergies could well actually materialize to some degree (a claim I often find suspicious in many M&A deals, but am willing to give the benefit of the doubt here) and Maxwell will certainly come away with a more diverse product portfolio and sales from a slightly different mix of regions, but those reasons alone would not justify the price.

Those concerns aside, however, do not mean it was a poor decision – only time will reveal that. However, in the short term, I would rank it at best as a neutral choice. Maxwell was already underway with expansion plans of its own, as CEO Franz Fink shared in the Q4 call – expanding manufacturing capacity for its high-voltage products:

To meet this growing demand, we have recently embarked on a factory expansion which will come online by next year. Capacity constraints have limited our revenue potential for high voltage products to both $50 million annually in the current $120 million addressable market. Our effective expansion will enable an increased revenue potential in 2018 and supports of our $70 million in revenue annually.

If Nesscap is a $20M annual revenue company and it was expanding its own facilities to allow for $20M in more revenue, then acquiring Nesscap seems to be part of an aggressive expansion strategy at play. All of a sudden, if things go well, Maxwell is looking at $40M in total new revenue – not a small leap from the $121M it did in 2016.

Consider a sort of best-case scenario in which Maxwell successfully integrates Nesscap, sales rebound in the China bus market in 2018, and the mysteriously vague “inflection point” in automotive in 2018 translates into real revenue expansion in the double digits – say 2019 sees 25% more revenue from “legacy” Maxwell operations plus growing revenue from the Nesscap assets, and it all grows at a strong clip from that point. At the same time, gross margin hits 30% again and stays steady, while SG&A is brought down from $36M to $32M (including Nesscap now) in 2017 and grows only incrementally.

In that case, the future cash flows should work out to be significantly more valuable than the market thinks at the moment – even with 4.6M more shares, the price would be supported well above $8 per share, using a discounted cash flow (DCF) model. Clearly, there is a great deal of skepticism, probably around Maxwell’s ability to generate that kind of revenue; promised “inflection points” do not necessarily yield immediate sales.

I believe the market is expecting the legacy Maxwell sales in the Chinese bus segment will come back, fairly soon, and whatever revenue growth comes from the automotive segment after 2018 is likely to be more modest, or that the other segments like commercial trucks and wind will start to contribute more meaningful growth and are not counting on auto segment revenue. In other words, at the current valuation found in the market, at roughly $5 per share, there is no upside surprise expected from the automotive sector, despite management’s multiple references to 2018 as a definitive “inflection point.” Unfortunately, what exactly is meant by such language in terms of being material information for investors has been a black hole so far. An inflection point could mean almost anything – a key technical breakthrough with no immediate impact on sales, or an important development in actual contracts to supply automakers with larger volumes of ultracapacitors. I hope management will be more forthcoming on what the significance of 2018 into 2019 will be, and I think that guidance will need to be provided soon.

Maxwell’s shareholders have been treading water for the most part over the last 10 months or more, with the stock pretty well range-bound between $5.00 and $5.50. I have been a buyer before at or under the $5.00 point, only to decide that I had better options elsewhere. However, I am nearing a point that I believe would justify re-entering a position at the same level. My reasoning is simple.

The deal for Nesscap, at this early stage of attempting to assess, is neutral, so I don’t directly factor it into my thinking. However, I think the market is correct to assume that the bus sales in China will return over the next 12 to 18 months and Maxwell has prepared to be ready to capture them. Hopefully, its partnership with a local Chinese manufacturer will provide it some insulation from future fluctuations. Even if the bus sales do not return to their previous levels, other sectors in wind, trucks or rail can conceivably combine to make up the difference well enough.

What the market does not seem to believe is that there is any real upside from automotive sales in 2018/2019. Of course, the market might be correct here – Maxwell has not exactly delivered in any big way so far. There has been modest expansion in selling Maxwell as optional solutions on various small-volume luxury vehicles, and even one has become a standard option. However, I think the trend line towards increased electrification is now well enough established in the automotive sector that Maxwell does not have to execute perfectly to benefit. The company is getting increasingly established in China, which is the largest single market for full electric vehicles (EVs), and with the addition of Nesscap, perhaps it can gain more of a toehold in Europe, the number two market for EVs. The design wins are growing, the technology is improving, and even small contracts that might add $2-5M in revenue in 2019 could quickly be $10-15M a couple years later and still represent just the beginning. Basically, ANY gains from the auto sector can at the very least buffer the stock from falling further, and with some solid execution, could actually propel the stock considerably higher.

The risk is primarily that the China bus market fails to come back, in which case, the dilutive effect of the extra 4.6M shares issued to acquire Nesscap basically takes over the valuation and Nesscap fails to pull its weight and shares end up dropping hard. I believe this risk is minimal, but as always, please take care to do your own research and due diligence.