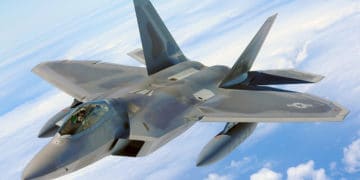 Military and Aerospace Set for Growth in 2020s

Military and Aerospace Set for Growth in 2020s

Electronics Sourcing published an article written by Vice president of the military and aerospace segment at TTI, Roger Raley, who examines some long-awaited aerospace advances that will begin to be realized in the decade ahead.

The perception is that aerospace technology is slow to change, but a look back at the events of the last decade makes it clear that this has not always been the case. In fact, things have happened relatively quickly.

After the Space Shuttle was retired in 2011, the United States had to rely on Russia to bring astronauts to and from orbit. Today, we’re preparing for SpaceX and Boeing to fly crews to the International Space Station. In the last decade, the F-35 entered its second decade of development; today, more than 400 aircraft have been delivered. At the start of the 2010s only a handful of drones had been registered with the FAA; over 1.5 million have been registered today, with over 420,000 drones registered for commercial use.

As we look to the new decade, this pace of change is set to continue. Military expenditures are on the rise again, with global defense spending expected to grow three to four percent. In the US, defense spending is up $20 billion this year over 2019’s budget, while foreign military exports increased 33 percent in 2018 and another six percent in 2019. Finally, private spaceflight has continued to grow: SpaceX now has nearly 200 satellites in low Earth orbit and plans to fly private citizens around the moon in 2023, while Blue Origin just opened a new engine plant in Huntsville, Alabama that it says will soon produce 42 engines per year.

When we look back at this decade in the future, we’ll see 2020 as the point where key technologies crossed from the realm of possibility to practical reality. As hybrids and electric vehicles make shipping and ground transportation cleaner, we’re also on the verge of seeing electrification in aircraft, with hybrid-electric engines and improvements in battery technology making the future of air travel less damaging to our atmosphere.

In addition to the expanded number of commercial drones, we’re coming closer to the development of urban air transport. While these might not be the “flying cars” of science fiction, projects like Uber Elevate are bringing the idea of intra-urban air travel to cities including Dallas, Los Angeles and Melbourne.

With these projects, and with technologies such as electric vertical takeoff and landing, we’ll see new opportunities around environmental sustainability and urban planning as well. As technologies improve airframe design and efficiency, the 2020s may also see the return of supersonic passenger jets, and the rise of more technology in the form of cockpit automation and the use of AI and predictive analytics to make travel safer and more efficient.

Over 10,000 new defense aircraft will be delivered globally through 2029 as the nations of the world modernize and expand their air defense capabilities; 20.2 percent of those deliveries are in competition. In addition to aircraft, new technologies, including airborne cyber-warfare capabilities and hypersonic missiles, will provide additional protection to warfighters and civilian populations alike.

Technological advances will see increased spending on military technology. The US is upgrading and modernizing its nuclear arsenal along with the lower tier air and missile defense sensors (LTAMDS), the next-gen radar for the Patriot missile defense system. Also, the US Air Force is moving to develop future jet fighters in five-year cycles using the best technology available today, versus the multi-decade design cycles of the past.

With the growth in connected computing on the battlefield, these next-generation air defense systems will rely on networking and sensing technology that will keep drones and piloted aircraft aware of changing conditions in real-time.

From the growth of commercial space flight to the announcement of the new US Space Force, expect the next decade to bring revolutionary developments in both human and unmanned space flight.

Commercial space travel is moving toward viability, with planned suborbital tourist flights and trips to low Earth orbit. Meanwhile, NASA is preparing for the launch of the James Webb Space Telescope, the successor to the Hubble Space Telescope, and plans to return humans to the moon by 2024 in preparation for an eventual manned mission to Mars.

In fact, NASA itself predicts that the next economic revolution will happen outside Earth’s atmosphere – a future that holds “a space economy built on mining, tourism, and scientific research that will power and empower future generations,” according to a statement on NASA.gov.

Mining asteroids for precious metals, or for resources needed to enhance life on Earth, may seem like the realm of science fiction; however, this decade will likely see technologies put into place that make those fantasies come to life.

The technological groundwork that will be laid this decade will drive significant, rapid and almost unlimited advances in air, defense and space. The biggest of these daydreams – electric aircraft, urban air mobility, colonizing and working in space – have yet to arrive, but we can see glimpses of them on the horizon.

Electronics will be among the biggest drivers of our ability to achieve these advances; not only the components available today, but those in development and the new technologies engineers are just beginning to imagine. The technological breakthroughs of the 2020s will lead us to safer and cleaner air travel, sustainable space flight and more.