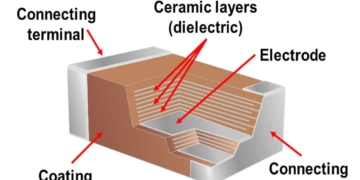 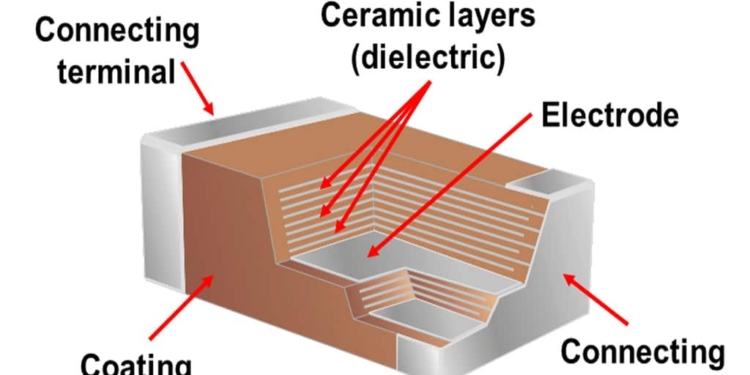 Paumanok publish a summary of seven methods by which ceramic capacitor manufacturers have reduced their respective cost structures and increased profitability over the years since 1993 on their LinkedIn profile.

One proven method of cost-savings is for the manufacturer of the capacitor to produce composition type formulations in-house instead of sourcing them from the merchant market. Ceramic formulations include X7R, X5R, Y5V and COG type materials, as well as a variety of specialty formulations that can be manipulated for ceramic capacitors that would be used in specialty applications, such as high temperature, high voltage and high frequency circuits.

Displacing Precious Metals With Base Metals In Electrodes and Terminations:

Another method of traditional cost savings has been to use lower cost nickel electrodes and copper termination powders instead of palladium electrodes and silver termination powders in any instance where there are a high number of internal layers to the multi-layered ceramic chip capacitor (i.e. in X5R, Y5V and high layer count X7R type ceramic capacitors). This trend has been ongoing (on an industrial scale) since 1993, but more recently we see nickel electrodes displacing palladium based electrodes in specialty markets such as automotive under-the-hood; defense (Mil-Spec), medical and oil & gas end-use segments, where previously customers had resisted such displacement because of the lack of lifetime performance data. However, base metal electrodes have been employed in real world MLCC applications for more than 2 years now, and this is prompting customers to finally consider alternative base metals in the interests of cost savings.

Another method of saving money is in the use of massive tunnel kilns to fire large volumes of ceramic capacitors all at once instead of using smaller batch kilns. Primary vendors note that this process is largely successful when firing “high runners” or those capacitors that are consumed in large volumes. However, smaller batch kilns are still used, especially when the application is a specialty sub-set end-market that requires only a small number of pieces.

Due to the high volume associated with ceramic MLCC capacitor production, massive economies of scale can lower raw material purchases from the merchant market because of the manufacturer’s ability to buy in bulk.

A well-balanced portfolio, one that allows the manufacturer to enter value-added and application specific ceramic capacitor markets where margins are high- to balance out lower margins in the mass-commercial markets, where margins are lower, is another strategy employed by vendors to increase overall company profitability, by limiting the rate of decline of average unit selling prices compared to the rest of the market.

Another method of cost-savings employed by global manufacturers of ceramic capacitors includes the intentional production of large volumes of ceramic chip capacitors in low cost production regions of the world (Korea, Philippines, Thailand and China are good regional low cost production bases for MLCC). Because the equipment to produce MLCC for example, is highly automated, a difference can be made in the overhead, variable labor and subsequent electricity costs associated with MLCC production.