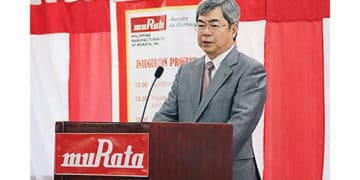 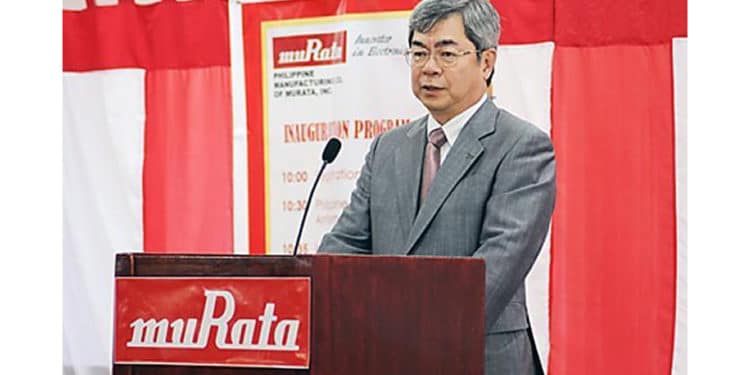 Murata market cap is over 4 trillion yen ($36.7 billion). It is perfectly positioned to capitalize on superfast 5G telecommunications. The company controls around 40% of the global market for multiple-layer ceramic capacitors. Analysts say it even stands to benefit from the U.S.-China trade war.

From the very beginning, the business has been at the mercy of booms and busts. Take 5G. Although the technology is just starting to spread, Tsuneo knows it is only a matter of time until orders dry up.

He also fears that, far from profiting from the U.S-China rivalry as many investors expect, Murata will become a vivid window on how the conflict benefits no one.

Tsuneo seems haunted by something his father, founder Akira Murata, wrote in a 1994 autobiography. “It is my view that the electronic components industry is visited by a major recession every 10 years.”

Murata’s business has taken a hit as the sun sets on 3G and 4G mobile technology and global smartphone shipments stall. On Oct. 31, it reported a 16% drop in net profit for the first half, and projected an 18% decline for the full year. Nevertheless, Tsuneo is confident this particular downturn is just a blip.

“I expect shipments of 5G smartphones to start growing from next fiscal year onward,” he said when he announced the earnings. In a recent interview, he said the inventory adjustment is “likely to be a short one.”

Tsuneo stresses it is still early days. “5G handsets have just hit the market and will make up only 15 million units out of the 1.3 billion-unit smartphone market in the current fiscal year,” he said. But the company has already “seen stronger-than-expected demand” for MLCCs for 5G base stations.

Then there is the trade war. This has opened new doors for Murata and other Japanese suppliers in China. Though it has hurt the global economy, Garg said, the conflict “is likely to change the competitive dynamics in favor of Japanese players.”

“Japanese suppliers in general have occupied a sweet spot,” CLSA’s Garg said. “They don’t have to side either with the U.S. or China. They can basically dual-supply both China and the U.S.”

The greater China region now accounts for 56% of Murata’s sales. Garg predicted that is “only going to increase.”

China’s rush to roll out 5G ahead of schedule is another fillip. Beijing handed out new spectrum licenses in June, three months earlier than planned, seeking a burst of telecom investment to rev up the economy. By 2025, China will have 600 million 5G subscribers or about 40% of the global total, according to an estimate from London-based GSMA reported in the Financial Times.

The head start in China should help tide Murata over until Japanese carriers launch their own 5G services, just ahead of the Tokyo Olympics next summer, and Apple releases 5G iPhones, likely next fall.

Even so, Tsuneo downplays the idea that the trade war is a positive.

“We do not expect we will benefit from the trade war in any significant way,” he told the Nikkei Asian Review. He said he is more worried that the prolonged tensions will harm Chinese consumer sentiment, hinder capital investment and damage the overall Chinese economy.

The cutbacks may be only temporary. But unless Murata takes advantage of the 5G momentum to find other growth avenues, Tsuneo worries it could find itself in the same predicament — or worse — in another 10 years. Analysts would also like to see the company find a firmer footing, free from the vagaries of smartphones and geopolitics.

Acquisitions might be one way forward. Murata, however, has always preferred organic growth — a preference recent attempts at deal-making have done nothing to change.

Tsuneo sounds unenthusiastic about additional acquisitions. “It is time for us to focus on producing results from the acquisitions we’ve made in the past,” he told Nikkei.

“Takeovers are not the only way to acquire new technologies or business models,” he said. “We are exploring other options, too.

Read the full story in the link below.