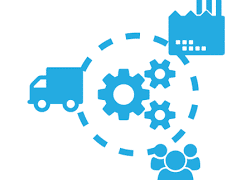 Bryan Chuang, Taipei; Willis Ke, DIGITIMES  Wednesday 3 January 2018
Increasingly tight supply of passive components is expected to be seen throughout January, as many customers have asked suppliers to make advance shipments in the month lest the Lunar New Year holidays, which fall in mid-February in 2018, and the ensuing labor shortages should undermine capacity utilization, according to industry sources.

Most Taiwan passive components suppliers maintain production plants in China, and they usually suffer serious labor shortages around the Lunar New Year holidays. Statistics show that only 80% of regular employees at China plants will stay in January, and the ratio will plunge to only 40% in February if the Lunar New Year holidays fall in the month, before rebounding to 60% in March, industry sources said, adding that a high percentage of China workers returning to their hometowns will not return to their original jobs after the holidays.

Although Taiwan makers usually expand their production in the fourth quarter to fill up the capacity reduction in the coming first quarter, many customers this year have asked makers to advance their February shipments to January to counter possible supply interruption in February. Accordingly, passive components makers are likely to see strong revenues in January, the sources indicated.

The sources continued that having hiked its MLCC prices for four times in 2017 amid lingering tight supply, Taiwan’s leading passive components maker, Yageo, is expected to raise its quotes for chip resistors in the first quarter of 2018 to counter serious supply shortfall, following revelations in late December 2017 that it has suspended taking new orders for chip resistors. Yageo’s move has prompted China channel distributors to place inquiries with other Taiwan suppliers of chip resistors, including Ralec and Chilisin Electronics, about serving as their new supply sources.

To increase production capacities to ease supply shortfall, Yageo plans to increase its capital expense (capex) to over NT$4 billion (US$135.31 million) in 2018, more than double the level of 2016. The company plans to boost its monthly MLCC production capacity by 10-15% to 45 billion pieces and raise monthly capacity of chip resistors by 15-20% to 105 billion pieces by the end of 2018.