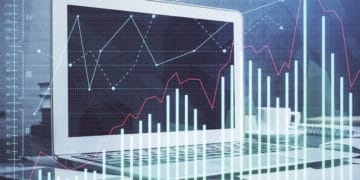 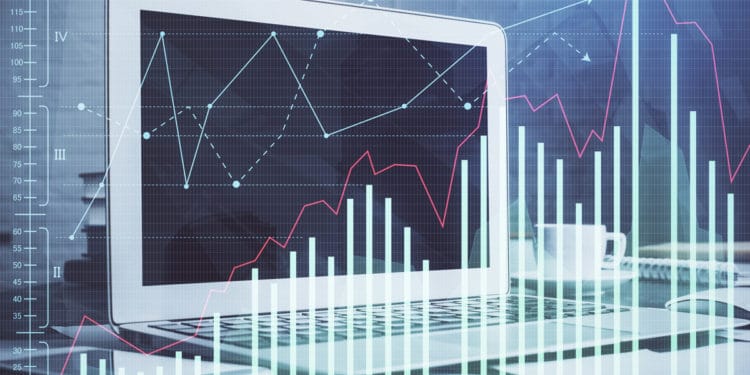 Capacitor, resistor and inductor markets all showed signs of increased demand in August, with lead times for all three product lines reaching new heights according to TTI Market Eye article by Dennis M.Zogbi, Paumanok Inc. Lead times increased again in August 2021 by 2.1 percent. This follows a 3.4 percent month-to-month increase in July 2021, which has subsequently taken capacitor demand and lead times back to levels where MLCC shortages were dictating supply and demand back in 2019.

Lead times for all capacitors increased on a month-to-month basis, but tantalum, aluminum and plastic film markets remain more challenging when compared to MLCCs.

MLCC Lead Times – Lead times for MLCCs showed increasing lead times again in August compared to July 2021, with lead times for the 0603 and 1206 EIA increasing and remaining unchanged for the larger other chip case sizes. High-cap BME MLCC demand also increased in August on a month-to-month basis. Primary sources are forecasting a 15 percent increase in MLCC sales for the September 2021 quarter (on a quarter-to-quarter basis, which is substantial).

Aluminum Capacitor Lead Times + PPI Analysis – Lead times for aluminum electrolytic capacitors rose alarmingly in August 2021 following equally large spikes in demand and lead times in July 2021. Lead times for SMD V-chips, radial leaded, snap-mount and large-can capacitors all increased, with lead times for V-chips and radial leaded parts at 40 weeks. This new record high can be traced back to the “short-term” supply chain disruptions in Malaysia, which saw the idling of the Nichicon plant and the Panasonic plant in that country and, in turn, had an impact on lead times globally. This is a short-term event and lead times are expected to subside with the relaxation of work stoppage in Malaysia due to COVID-19. However, primary sources in China report shortages of etched anode and cathode foils.

Tantalum Capacitor Lead Times – Tantalum capacitor lead times continued to be among our primary concerns in August 2021, as lead times continued to extend for multiple product lines and the price of tantalum approached $100 per pound. This is due to the pandemic’s impact on the supply chain from Central Africa, where the majority of ore is sourced globally due to Dodd-Frank legislation and “closed loop” supply chains for conflict minerals that favored the Democratic Republic of Congo.

In August 2021, the lead times for both the conductive polymer type and the manganese type tantalum capacitors increased again, with all case sizes and styles now at 40-week lead times. We estimate that ROI for tantalum anode is substantial in August of 2021.

Plastic film capacitors are also the primary dielectric for audio systems and electrical line voltage equipment in general – a market that has been positively impacted by the COVID-19 stay-at-home trend and renewable energy trends prevalent throughout modern society.

In August of 2021, resistor market lead times increased by 5.8 percent on a month-to-month basis. As we have stated in previous reports, the supply chain for resistors remains impacted by massive price increases in raw materials such as ruthenium and the availability of alumina substrates and cores.

Thick Film Chip Resistors – This product category registered a solid 30-week lead time for all chips in August 2021 as supply chain issues with ruthenium continued to plague the industry, along with “short-term” shutdowns of factories in Malaysia and the Philippines.

The price of ruthenium, the active ingredient in thick film resistor paste, increased in price sharply to $850 per Troy ounce in May and was at $725 an ounce in August 2021.  The price is now 20 times what it has traditionally been ($44/oz) and remains a serious problem for manufacturers of thick film chip resistors, networks and arrays.

Yageo Corporation announced that they would lower prices for thick film chip resistors in September by 10 percent to 15 percent, which in our opinion signals an anticipated drop in the ruthenium price. This is highly likely because of the August drop in price of its sister metal, palladium.

Thin Film Resistors – Markets continued to show a tightening across the board in August 2021, and in the prior months of July, June, May and April 2021, in response to tightening thick film chip markets. Thin film products, based on nickel and chrome materials, are the alternative to ruthenium thick film chips and the volatile price of ruthenium thick film materials. However, we note that thin film chips now have lead times at almost 40 weeks for 0603 and 0805 chips consumed in the computer and auto markets.

Axial and Radial Leaded Resistors – In August 2021, demand for axial and radial leaded resistor products increased again for the month and raised alarm bells and concerns over idled factories in Asia due to the pandemic. Lead times for tin oxide and power wirewound joined those of carbon film at unusually long levels in August – the direct result of idled factories in the Philippines and Malaysia due to the pandemic, although these events are short-lived.

Discrete inductor demand increased sharply again in August 2021, rising 13.75 percent – a huge jump, following spikes in both July and June. Factories in Malaysia and the Philippines have been impacted by the pandemic and have idled production, resulting in supply chain disruptions and changing lead times.

The increase in demand is seen for all types of discrete inductors across the board, and is very odd – having never occurred before in the lifetime of the index.

The latest demand for inductors remains generally elevated because of their use in communications end-markets, especially 5G base stations. We believe these events to be short-lived based upon primary resources in Japan and Asia.

Demand for capacitors, resistors and inductors is at an all-time high, with all types and configurations experiencing elevated lead times. Consumption is being impacted by net-new demand for passive electronic components from within multiple end markets, all to support changes in infrastructure and the new “stay-at-home” economy.

Meanwhile, pandemic-related shutdowns are throwing an added variable into the mix, leading to distributors and original equipment manufacturers creating inventory buffers as a hedge to factory, mine and materials disruptions through the next fiscal year.