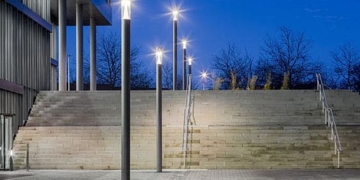 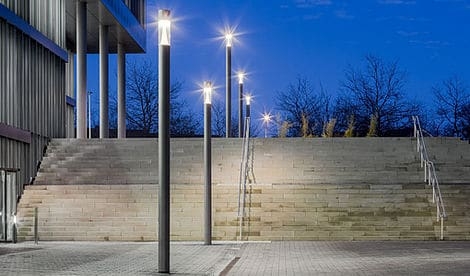 Overvoltages occur during events such as switching operations, electrostatic discharges as well as lightning discharges. Be they direct or indirect, they are introduced by galvanic, inductive or capacitive means to electrical lines, with the potential to create devastating effects.

Pulse-shaped load currents are a common circuit occurrence and a typical factor for consideration when designing in primary fuses. Pulses can arise individually (Surge), or recurrently (e.g. timed circuits). With individual pulses, the I²t value of the fuse wire becomes quite important. This is because the higher the i²t value the greater the pulse tolerance; with pulse-shaped continuous currents, the calculation of the rms value is crucial, and generally the displacement of the rated current should be taken into account as a result of a possible increase in aging (diffusion).

Two common circuit protection options are typically used to protect a circuit from overvoltages, a fuse for line protection together with an SPD (Surge Protection Device):

Circuit protection option P1: Fuse at the input of the circuit before the SPD.

Circuit protection option P2: Fuse at the input of the circuit behind the SPD.

· P1 represents a clean, good solution for the circuit from a technical standpoint. In particular, when using an appliance inlet with integrated fuse, this provides an elegant solution. However, greater attention has to be given to the selection of the fuse with regard to pulse tolerance, due to the fact that the SPD R1 installed downstream results in a high current load for the fuse. The result is a larger I²t value and a lower loss resistance, which increase the pulse tolerance.

· The P2 wiring is more universal. Only small loads arise in the fuse, F2, due to minimal surge pulses caused by the SPD (e.g. varistor) R2 installed upstream. In this case, the designer has much more leeway when selecting the fuse.

· Damages to the SPDs R1 and R2 do not necessarily trigger the fuse in either circuit variant.

· Recommendation: A combination of SPD with a temperature-controlled fuse is recommended for both circuit variants P1 and P2.

When selecting fuse performance characteristics and size, it should always be kept in mind that the behavior of every fuse is changed as a result of current impulses.

The fuse wire often has a coating, which diffuses increasingly deeper into the base material. This ongoing occurrence produces a new alloy, which in turn leads to in a displacement of the rated current and a continuous weakening of the fuse.

The ability of a device to cope with these high-energy pulses is measured according to IEC 61000-4-5 with the pulse form 8/20μs for the short-circuit current and 1.2/50μs for the open-circuit voltage. Further details for testing the pulse tolerance [2].

Setup S1 without SPD / Setup S2 with SPD Setup S1 is a surge of 8/20μs directly to fuse F1. This test achieves the highest load for the fuse through the overvoltage test. Variant S2 is a realistic setup for some applications with an SPD in a row. The combination wave overvoltage generator creates a mixed signal of 1.2/50μs voltage and 8/20μs current pulse. The fuse current values shown in the SCHURTER datasheets are tested with the S1 setup and in Unify Tests with S1 and S2. If the fuses perform properly in the circuit, they must be checked individually. There are no stated tests for fuses behind the SPD – analog to protective circuit P2 – since the overvoltage does not represent a high load for the fuse.

According to the tests carried out, the above pulse tolerances can be proposed in accordance with the classification into the various standard classes. The characteristic values for the respective products are listed depending on the rated current.