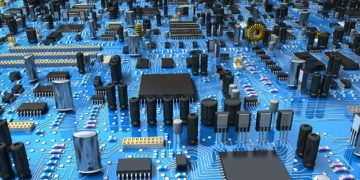 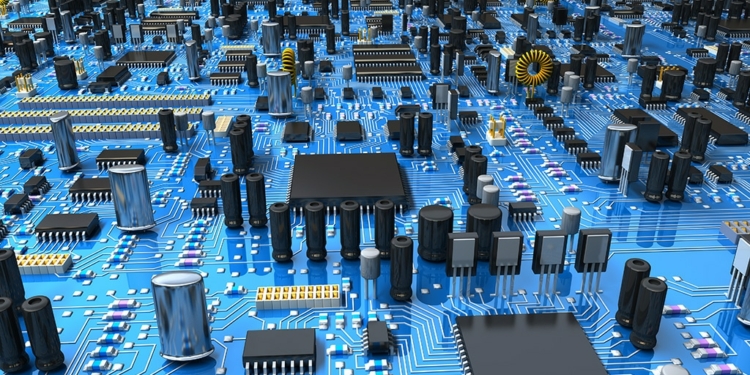 In the technical-economics of capacitance, the greatest return on investment in research dollars comes from the manipulation of available surface area of the traditional dielectric materials, most importantly Ceramic (1) Plastic (2) Aluminum (3) and Tantalum (4).

Understanding the roadmap in electronic capacitance begins with the fact that it is fundamental, that all electronic and electrical circuits require the addition of capacitance to operate (resistance as well).

It is a testament to the scientific realization that by manipulating the raw materials and packaging, that capacitance can be significantly enhanced in many valuable ways; with significant points of differentiation brought about by the application of cutting edge nanotechnology.

Capacitance, which is usually measured in picofarads or microfarads, is equivalent to the physical size of the finished electronic component or more precisely, is directly proportional to the available surface area of the dielectric material contained within the component. Understanding how to convert that maxim into dollar value is the primary challenge of capacitor vendors today; and reflects the research and new product development of the entire supply chain, from ore to powder to paste to anode.

Other technology developments that affect capacitance development can be considered new dielectric materials that have smaller total available markets, but higher levels of profitability and are either driven by the needs of a specific niche and narrow supply chain, or a competitive solution to existing, patented technology.

Performance enhancements in how capacitance is delivered is sometimes a singular development such as, lowering equivalent series resistance (ESR) and increasing the speed at which capacitance is created; or in conjunction with changes in variable performance such as available voltage ranges or operating frequencies; or the unique marriage of the two which is primarily customer driven and is determined by a harsh operating environment, such as operating temperature; vibration frequency, and proximity to toxic materials (corrosive materials). In other instances, such as in competing technologies (polymer cathode capacitors and high capacitance MLCC); technology developments are made as a result of substantial R&D investment among competitors in nanotechnology in the form of processed powders and pastes.

Customers throughout the supply chain want three things (1) lower cost, (2) enhanced performance and (3) faster time to market; which are business concepts that are sometimes not necessarily in harmony with each other. Those efforts in research and development that come closest to a positive return on investment create the closest proximity to the ideal balance between the three. A basic understanding of this fundamental technical-economic equation would prevent many R&D efforts from even getting off the ground, especially those sponsored by academic institutions or government agencies. In the end it is apparent from taking basic economic measurements over the past 30 years that the most successful research and development programs are those that enhance the surface area of the core dielectrics such as barium titanate ceramic, nickel electrode, aluminum foils, tantalum powders, polypropylene film and polyester film dielectric materials.

In the instances of using the traditional materials ceramics, metals and plastics; the total available market that may be impacted by changes in existing dielectrics is well established, as is the supply chains associated with each respective material well understood and well defined from raw material to finished end-product Therefore, the chance of success in increasing the surface area of an existing dielectric such as barium titanate, aluminum foil, tantalum powder, polypropylene or polyester film, is more financially resilient and less likely to fail. There is also a certain comfort level among engineers at the capacitor manufacturer with working with materials they know and whose reactions they have come to understand over decades of trial and error. It is for this reason that the investments in the existing dielectrics have created the most value for the shareholder over time.

What Works: 30 Years of Data Does Not Lie

One only need to look back 30 years at those projects in research and development that were successful to realize that the greatest return on investment came from changes in dielectric materials that enhanced surface area in the primary dielectrics. For example, surface area in ceramic capacitors was increased through the development of advanced processing methods for barium titanate—the true application of nanotechnology and a major success in the sales and marketing of an advanced technology breakthrough. A radical improvement in the effective capacitance per gram of ceramic capacitor. Other materials developments that enhanced surface area came in tantalum, whose material vendors increased capacitance value per gram of tantalum anode through the application of advanced electro-chemistry. This development worked well in the creation of the unique porous structure of the tantalum pellet; so that surface area was enhanced by making sure that the amount of material inside the pellet was maximized.  This increased the surface area by using most of what was available. This was an achievement in chemistry and also an important application that created value for shareholders.

In plastics, the focus has been to create thinner and stronger sheets of film, thus increasing capacitance by increasing the surface area through metallization; and increasing the amount that could be rolled up inside a can. Also, both aluminum and film capacitors took a cue from ceramic capacitors and stacked up layers of dielectric as opposed to rolling them as a strategic step toward better volumetric efficiency.

In 2019, there is a continued push along the same road toward enhancing surface area in the existing dielectrics. Vendors of advanced barium titanate for example, still invest research and development dollars in creating even smaller and more uniform materials through new and exciting chemical precipitation processes such as sol-gel derived barium titanate; and in tantalum the materials vendors still experiment with ways to create even higher capacitance value per gram in tantalum powders through more exotic methods of sintering and precipitating metal particles. But what we like the most about ceramic dielectric materials and nickel electrode powders and pastes is their stability of price over time because their use as a dielectric/electrode is secondary to other market demand (Colors and Frits; Batteries).

What Are the Limitations of the Modern Science of Capacitance?

Leading scientists working in both ceramic and tantalum dielectrics worry that the threshold of technology has almost been reached in both and that research and development dollars would be better spent in enhancing the performance characteristics of what is currently available, as opposed to trying to push the technology further in its current form. This is because with each new iteration, something is lost, and most often this is the operating life of the finished part. In MLCC, for example, the technology is moving forward at such a pace that between 1993 and 2019 vendors were able to increase capacitance value per cubic centimeter of material from 1.0 microfarad to 1,000 microfarads. It represents a remarkable technological achievement that has only a few global suppliers who can actually produce such devices.

Today we see additional materials opportunities in enhancing aluminum foils and plastic films as these dielectrics still have a long way to go in reaching the thresholds of their ability, but lack the massive R&D dollars of ceramic and tantalum manufacturers. In aluminum capacitors for example, we can see early developments in increasing capacitance value per cubic centimeter of anode and cathode foils by building up metal layers as opposed to etching the metal down. In traditional dielectric films, such as polypropylene and polyester, we see the successful application of segmented film that enhances the voltage performance of the finished capacitor cell.

Examples of dielectrics that have been successfully introduced into the market over the past 30 years include activated carbon materials for supercapacitors, niobium metal and niobium-oxide materials for niobium capacitors; polyphenylene sulfide (PPS) and polyethylene napthalate (PEN) plastics for DC film capacitor applications; and diamond-like carbon (DLC) materials used for Diamond capacitors. Each of these new materials have carved out small niches in the existing marketplace and are driven by high temperature requirements (either processing temperature or operating temperatures- such as PEN and PPS; and DLC capacitors; extremely high capacitance requirements (such as carbon supercapacitors), or alternative solutions to problematic supply chain dielectrics (i.e. niobium targeting tantalum).

Over time we note that certain companies are experimenting with new materials for capacitance, such as metallized free-standing thin films derived from fluorinated polybenzoxazoles (6F-PBO) and fluorenyl polyesters that incorporate diamond like hydrocarbon units (FDAPE) in their lattice structures. These dielectric films are being developed by joint activities of industry and government and are being develop on a needs basis for mission critical applications where extremely high temperatures (200 degrees C and above) and the self-healing aspect of film are required for space applications of the future.

We are also on the verge of changes in integral passive materials and integral passive substrates that address the increasing concerns of miniaturization. The concept of how small a discrete capacitor can be has raised concerns for the past three decades, but now the reality of too small of a discrete component is becoming all too real – the limitations of discrete technology translates into an apparent opportunity to create capacitance inside the printed circuit board, a three dimensional solution to a two-sided board. As portable electronic devices continue to become more complex, and are limited by the size of the human hand to hold them; greater emphasis will be placed in targeting high volume components to start to move inside the layers of the board. This creates a whole new market opportunity to expand into the world of LTCC modules and FR4 modules and widen the total available market worldwide.

Additionally, high-density silicon capacitors are developed with a semiconductor MOS process and are using the third dimension to substantially increase the capacitor surface and thus its capacitance without increasing the capacitor footprint. This process which has been perfected by such companies as IPDIA (Murata) in France, offer a glimpse into what might be the next phase in volumetric efficiency of components and begin to augment the ubiquitous MLCC.