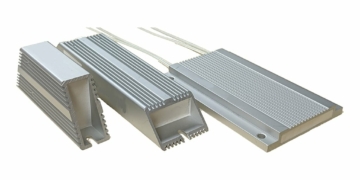 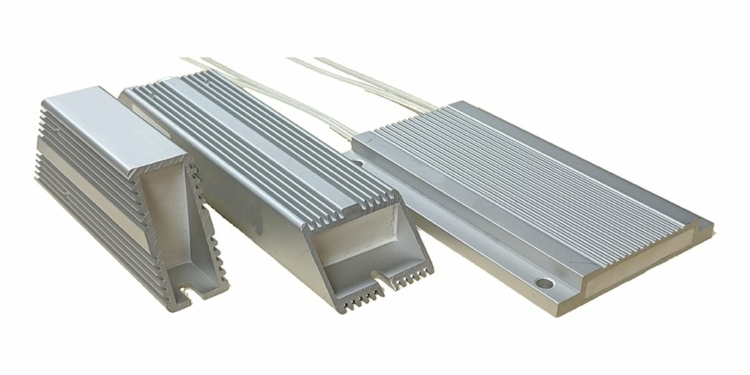 Riedon, a specialist manufacturer of cutting-edge power and precision resistors, announced an expansion to its extensive line of high-power wirewound resistors, with a new series of rugged metal-clad braking resistors that deliver high levels of performance and a reduction in the need for heatsinking.

The devices target a range of industrial and other commercial applications including motor drives, power conversion systems, HVAC systems and battery charging and monitoring applications. Encased in aluminum, the new BR series offers power ratings from 60 to 500 watts and is available in three different mechanical constructions. These highly durable and rugged components provide exceptional heat transfer and short-circuit performance.

They are also significantly less sensitive to heatsink requirements than a comparable TO-packaged device of a similar power rating, many of which may require a cold plate to operate at the same rated power. The BR series’ high level of performance is largely due to the use of ceramic cores rather than fiberglass: ceramic delivers benefits over fiberglass in efficiency by dealing with heat more effectively with overload and current surge events.

Although ceramic is traditionally a more expensive solution, the new series is highly competitive, thereby delivering an excellent performance/price option for industrial power designers and engineers. Available in flat (BR) or tall (BRT) series versions, other features include: a resistance range from 0.1Ω to 1kΩ; tolerances of 1%, 5% and 10%, making the series suitable for a range of applications; a withstand voltage of 2500V AC; good long-term stability with a TCR of less than ±260ppm maximum; quick-connect terminations; and an operating temperature range from –55 to +200°C. In addition, the BRS series is now available, which is an ultra-slim 12mm-high profile variant that offers power ratings from 100 to 500 watts and a resistance range from 1Ω to 5kΩ.

“This series of competitively-priced metal-clad braking resistors delivers a new and serious option for power designers working in the industrial arena”, said Phil Ebbert, Riedon’s VP of Engineering. “Integrating ceramic cores in the BR series means that new designs and systems can deal quickly and easily with heat or surge issues without the need for additional heatsinking. In addition, these devices can be customized to suit a particular application.”