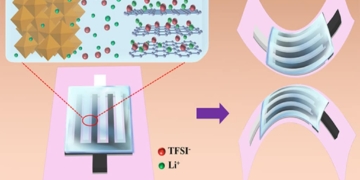 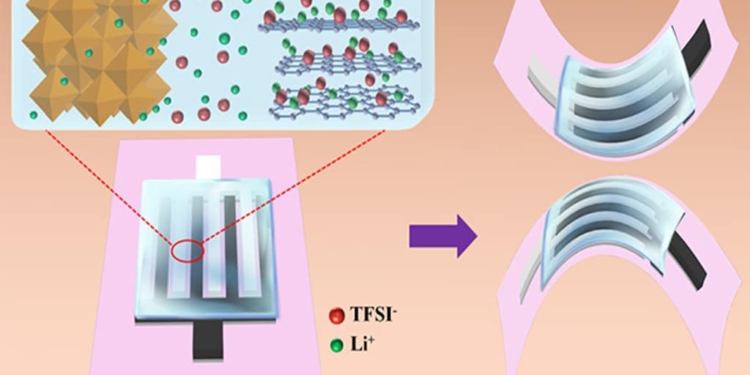 This LIMCs were based on interdigital patterned films of carbon-coated lithium titanate (LTO) nanospheres as anode, and activated graphene (AG) as cathode, using high-voltage ionogel as electrolyte. Their findings were published online in Energy & Environmental Science.

Portable and wearable electronics and micro-electro-mechanical systems, e.g., micro-robots and micro-sensors, are currently moving toward the integrated multi-functionality of on-chip, thin, lightweight and flexible features. This intensively stimulates the rapid development of the microscale electrochemical energy storage devices.

Lithium ion capacitors (LICs) represent a promising class of next-generation competitive power sources because they can simultaneously achieve high energy density and high power density to effectively bridge the gap between lithium ion batteries and supercapacitors. However, all the LICs reported have been constructed in a nonplanar device geometry, by sandwiching a polymer separator or solid-state electrolyte between two electrode-based substrates.

These electrode films with strong adhesion to the substrate are free of metal current collectors, conventional separator and polymer binder. Notably, all-solid-state LTO//AG-LIMCs delivered ultrahigh volumetric energy density of 53.5 mWh/cm3, which is threefold higher than those of AG//AG-MSCs (18.1 mWh/cm3) and lithium thin-film batteries, and superior to the reported MSCs so far.

In addition, this finding is highly scalable for mass production of multiple flexible LTO//AG-LIMCs to modulate the output voltage and capacitance for integrated circuits. Therefore, they hold great potential for future flexible and wearable electronics.