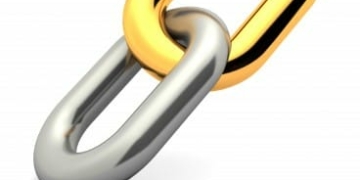 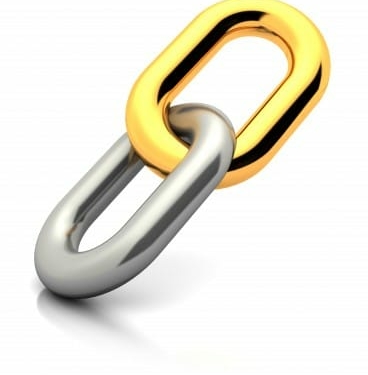 Is the electronics supply chain diving headlong into one of its infamous component undersupply situations and the associated procurement woes? Some industry veterans are concerned this may be the case as they watch average selling prices inch higher and demand strengthen in an environment marked by low inventories and limited manufacturing capacity. With companies keeping a wary eye on uncertainties in the global economic and political environment – and hesitant to raise capex – the stage may be set for a scary demand-supply imbalance by the third quarter of the year, sources said.

It may be too early to categorically state that the electronics industry will be by mid-year enmeshed in another round of its vicious shortage cycles. The industry is notorious for projecting inaccurate sales forecasts, numbers which companies nevertheless use to determine capex and other major infrastructure expenses. The repeated failures to hit projected sales figures have in the past hurt suppliers and OEMs alike, forcing many of them to be more cautious in production capacity planning.

What could be different this time is that the wariness has spread so thoroughly into the supply chain that limited capacity exists today to absorb any unanticipated surge in demand. Current forecasts, for example, calls for semiconductor sales to rise anywhere from the low single digit to as high as 15 percent in 2017. The numbers vary widely. The World Semiconductor Trade Statistics said IC sales will rise about 3 percent this year, after a no-growth situation in 2016, and climb 2 percent in 2018. Meanwhile, Gartner Inc. in November revised upward its earlier forecast and now expects semiconductor sales in 2017 to jump 7.2 percent from a mere increase of 1.5 percent in 2016.

“The worst is now over with a positive outlook emerging for 2017 driven by inventory replenishment and increasing average selling prices (ASPs) in select markets, particularly commodity memory and application-specific standard products,” said Ganesh Ramamoorthy, research vice president at Gartner, in a release. “The turnaround that started at the end of the second quarter of 2016 will continue to gain momentum and we expect the improved conditions to carry through 2017.”

At Future Horizons, a U.K.-based market consulting firm, principal analyst Malcolm Penn would seem to agree with Gartner that semiconductor makers should anticipate a robust year. His numbers, though, are a bit more optimistic. The scenarios described by Penn during Future Horizons’ annual forecast conference last month call for IC sales to soar as high as 16 percent, if currently favorable conditions persist throughout the year. His most likely scenario, however, is for sales to increase 11 percent to approximately $375.6 billion.

“The economy and capacity are the industry’s biggest wildcards,” Penn said. “An economic roadblock will derail the market; capacity constraints will trigger panic.”

It may not matter whose forecasts bend closer to the actual market performance if the industry records even the slightest growth: A shortage would ensue and already rising prices will surge higher, putting pressure on buyers and pasting a smile on the faces of components manufacturers. This is because “capital expenditure and capacity are today finely tuned to current low level of demand,” as Penn points out. With inventories at low levels, any upturn in demand will trigger shortages of critical components, according to observers.

Despite the possibility of supply shortages, a sales turnaround in the electronics industry would be a positive development. In the different segments of the supply chain, companies are resorting to a low-level form of cannibalism for growth. Semiconductor suppliers are in a frenzy of mergers and acquisitions while the distribution channel has been turned into a scramble for engineers, who many distributors believe can help them secure desired design sockets.

A market upturn will also exact a negative toll on the supply chain; many companies have been so focused on keeping costs low that they have inadvertently placed extreme constraints on the entire infrastructure. Analysts say capex reductions over the years have sharply reduced the number of manufacturing facilities companies can tap to meet unanticipated surge in demand. Add to this the growing dependence on foundries for semiconductors and the advent of fabless chipmakers and what you have is an explosive mix of supply constraints at a time of firming demand.

How did we get here? One word: prudence, which, though advisable, has since morphed into incapacitating caution. Inventories are at historically low levels throughout the electronics industry. Suppliers, distributors and OEMs have turned raw materials, components, work-in-progress and finished inventories into the traditional hot potato; nobody wants to keep more than they can juggle at any one point. As a result, semiconductor suppliers, for example, have tamped down hard on inventories and gone as far as keeping chips in die form rather than finished products ready for sale.

Another troubling factor today is the growing shortage of silicon wafers from the leading suppliers, many of which have put customers on notice about their inability to meet current demand.

“Companies are no longer making the once typical 10- to 15-year bet and investments in capital infrastructure because they just don’t have any reliable demand visibility,” said Penn at Future Horizons. “The amount of leading-edge manufacturing capacity available today is quite low, IC companies no longer invest in fabs and even those that still have plants have hardly any spare or redundant capacity.”

The electronics industry hasn’t had a manufacturing capacity squeeze in years. That’s not because component suppliers don’t want one, after all shortages can lead to firmer prices, higher capacity utilization rates and stronger profit margins. It was just that nobody wants a repeat of the horrific scarcities that followed the industry’s great cyclical expansion in 2000. What is still widely acknowledged as the industry’s worst downturn followed; Component pricing fell off a cliff, sales slumped and inventories ballooned at suppliers, OEMs and at contract manufacturers. Many companies went out of business and billions of dollars in unwanted inventories were written off or scrapped.

Many of today’s buyers at OEMs/EMS providers may not recall the extraordinary twin-dance of shortages and overages that marked the beginning of the century. Those who do have wild stories to tell, even if these might seem implausible to many now. This is why some in the industry are worried. The incidents of 2000 appear so hazy now that few believe the industry would ever experience anything remotely similar again. The lack of visibility into OEM/EMS provider and end-market demand beyond a few weeks, in many cases, is making companies hesitant to accept anecdotal evidence indicating a potential surge in demand, analysts said.

“Companies should be putting in new equipment to absorb higher demand but nobody wants to do it because they don’t have visibility into the next month not to talk of one or more quarters ahead,” Penn said. “Yet, the supply chain is tight and we are still bleeding current capacity for more. This could be dangerous in an environment where everything is outsourced.”