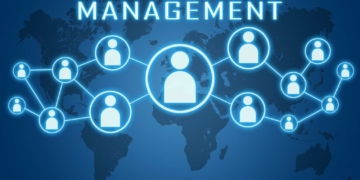 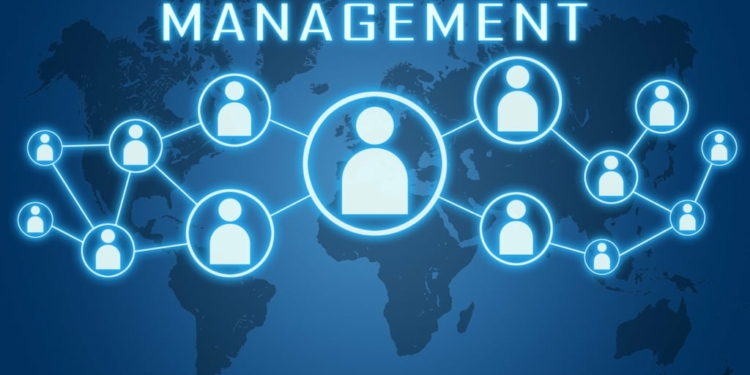 Electronics purchasers are employing a variety of tactics and strategies to manage current component shortages.

For the last eight months or so, many electronics buyers have been struggling with shortages of capacitors, resistors and discrete semiconductors because of strong demand and the lack of investment in new capacity by component manufacturers.

By most accounts, shortages and allocations that began in the third quarter of last year will continue through this year and perhaps into the second half of 2019. Some component manufacturers have long backlogs and are no longer accepting orders. As a result, buyers are hard-pressed to find parts needed for production.

Some are working closely with their component engineering departments trying to determine if there are readily available alternate parts that can be used in a design that could replace a shortage component. Other buyers are searching for little known second- or third-tier suppliers in China or elsewhere in Asia that may be manufacturing a needed part.

Most buyers are scouring all the links in the electronics supply chain and using all the sourcing tools that are at their disposal, including online search platforms such as ECIAauthorized.com, Findchips.com, netcomponents.com among others.

Richard Kelly, vice president of supply chain management at electronics manufacturing services (EMS) provider MC Assembly, based in Melbourne, Fla., said such services are helpful, but can be “redundant to each other.” Online parts search services that include component brokers often have “inventories that have already been consumed or were ‘bait’ inventories held by brokers to attract you to their business,” said Kelly.

“These types of services often do not validate the accuracy and timeliness of the reported inventory and can lead buyers on a wild goose chase that does not produce positive results,” he said. MC Assembly also uses other design-for-supply-chain platforms such as Silicon Expert for inventory availability and cross referencing.

During the current shortages, some buyers are turning to sources they have not used before. Some of those sources are authorized distributors that they do not regularly buy from, or non-franchised independent distributors.

“At times we utilize authorized catalog distributors for solving shortages,” said Kelly. “Most of them not only service engineering quantities, but production volumes as well for certain devices.”

He said catalog distributors are a very important part of MC Assembly supply chain. Many are integrated into the EMS provider’s supply chain business systems and its F.A.S.T platform (Forward Alert Solutions Tool), which is a proprietary blend of software services and internally developed processes which supports MC Assembly and its customers’ needs.

EMS provider Vexos also buys a lot of components from catalog distributors during shortages, according to Stephanie Martin, senior vice president global supply for Vexos, based in Markham, Ontario, Canada. She said she can buy thousands of parts from catalog houses noting that Vexos does high-mix, low-volume manufacturing and does not need millions of parts.

To help mitigate shortages, Vexos’ buyers also work with the EMS provider’s sales teams, urging them to provide as much visibility into how many systems Vexos will need to build.

Martin noted that lead times on every bill of material are out over 24 weeks and most of them have components that are over 40 weeks. “So, we are pushing back hard on our program managers, sales teams and going back to customers asking for their best guess forecast so we can get parts on order,” said Martin.

But getting extended forecasts is not enough. Vexos is also buying on the gray market “where we can find material although it is drying up rapidly,” said Martin. Vexos has a list of approved independent distributors that have good quality systems,” said Martin.

Kelly said that MC Assembly also buys from a handful of independent distributors. “They help locate hard to find components, carry inventory, and offer third-party testing,” said Kelly. “At times they have what we need. The good ones can vet out market availability quickly and work toward meeting our target price,” he said.

“We have partnered with a few and avoid buying from a large number as they typically are working from the same inventory pools,” said Kelly.

However, independent distributors are not “our first choice in solving shortages. We prefer working through franchised channels at all times,” said Kelly.

“While non-authorized sources for parts may not be the first choice for many buyers, they often have hard-to-find parts in stock or know where they can be found. They can also offer advice to buyers who may be inexperienced purchasing components on the open market. For example, a buyer may call a dozen or more independent distributors and brokers looking for a shortage part”, said Chris Kolodko, sales manager, Americas for Fusion Worldwide, based in Boston.

Those distributors and brokers may not have the parts stock and in turn call four or five potential sources that may have them. However, with so many people calling about the parts, it creates an inflated idea of demand which drives up the price for the components.

“This is not the best strategy,” said Kolodko. “It’s more strategic if you go to two or three specific sources for the parts,” from the beginning, he said.

“A global independent distributor can be thought of as an authorized franchised distributor without a line card,” said Andrea Klein, CEO of Rand Technology, based in Irvine, Calif. She said there are only about 10 large global independent distributors that can provide visibility into the supply chain. “That kind of visibility helps you manage risk and to make better business decisions,” she said. “We create flexibility for them.”

Klein said while some customers may turn to Rand and other independent distributors when there are shortages, “the top most sophisticated OEM supply chains have strategic partnerships with independent distribution. Anyone who doesn’t now is kind of old-fashioned,” said Klein.

Many top-tier OEMs partner with Rand providing not just parts during shortages, but critical market intelligence. Klein said every week she meets with senior leadership at top-tier companies either in person or on conference calls and “gives them an overview of the market, the sectors, the supply chain, best practices taking place, challenges that different companies have had to overcome and some of the solutions,” she said. I’m helping set their expectations so that they can make decisions. It’s very strategic,” said Klein.

“Our number of strategic customers is growing and that has been an ongoing trend,” he said.

Buyers are taking a strategic approach to their approved vendor list and to understanding the market, according to Dufoe. They are looking for market intelligence and “want data points when the market is good and when it’s not,” he said.

One way NewPower works with customers strategically is by providing them with market intelligence when customers are about to go into yearly negotiations with component manufacturers.

“They want to know what we are hearing about the price points with certain components and where suppliers may be lowering prices or increasing them,” said Dufoe.

He said strategic customers will audit NewPower to make sure that all the “capabilities that we claim are partner embedded, vetted and intact from our ISO-certification to all of our quality processes,” he said. Customers that are considering partnering with NewPower want to make sure they will get good quality components from the distributor.

“In today’s world it’s not enough just being able to detect counterfeit parts and have good quality,” said Dufoe. “You have to have good relationships and you have to be able to demonstrate that you can deliver product in time of need,” he said.

Paul Romano, chief operating officer for Fusion Worldwide, said the majority of the independent distributor’s customers view Fusion as a strategic partner. Such customers earmark a certain amount of their spend for the open market.

“They use us for inventory and for information about the market so they can intelligently plan and forecast,” said Romano.

He added that Fusion is further trying to develop strategic relationships with customers. “We are trying to show them the value of all the different value-added programs,” said Romano. “Those programs can help them better manage risks and the bumps and inefficiencies that occur because we can see what is happening over the entire market, not just their little patch,” he said.

Romano said that not all customers view Fusion as a strategic partner, but the “vast majority do because we very proactively provide them” with market intelligence and value-added programs. Fusion wants to be more than just the “go-to guy” when there is a shortage. “We want to be truly part of their supply chain, but it takes time and work,” said Romano.

While shortages are a thorn in the side for many buyers, Kelly believes they are an opportunity for MC Assembly.

“As the electronics market has moved into a constraint/allocation mode, our capability at locating difficult to find components has translated to a competitive advantage for MC Assembly,” he said.

He said the EMS provider differentiates itself with its “total supply chain approach, which integrates experienced buyers, state of the art procurement systems and years of experience in the high-mix, low-volume market (HMLV) market.”

Kelly noted MC Assembly often must purchase parts that have long lead times because the components are based on older technology or the parts have already gone end-of-life.

“This has required our purchasing team to develop extreme capabilities for searching out difficult-to-get components on a regular basis,” said Kelly. Such capabilities mean buyers have “knowledge oriented around specific electronic components,” including sources for a specific part that has gone EOL.

“These are the situations where a seasoned buyer with a creative aptitude can bring true value beyond tactical execution of an MRP order sheet,” said Kelly.