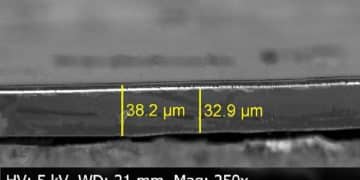 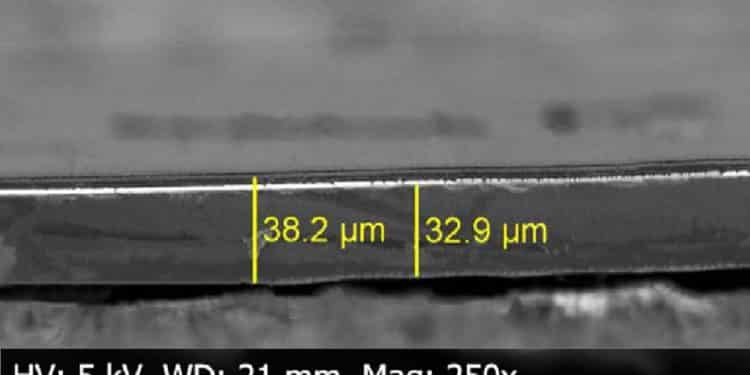 ‘Smoltek Nanotech Holding AB (“Smoltek”) announces that the license agreement, signed with a global manufacturer of electronic components for its technical and commercial evaluation of Smoltek’s capacitor technology, will be further extended to the end of 2021. With satisfactory progress achieved when it comes to validating the performance of the CNF-MIM technology, the project is now moving into a new phase with a stronger focus on commercial production aspects such as reliability, manufacturability and production cost.

The license agreement signed in April 2020 with a world-leading manufacturer of passive electronic components, including capacitors, has previously been extended until the end of August 2021. Even though the project and its timeline has been challenged by COVID-19 related travel restrictions, the collaboration has worked very well, with satisfactory progress achieved by engineers from both parties when it comes to validating the performance of the CNF-MIM technology.

When moving into the new phase of the project, there will be a broader involvement from the licensee so that all relevant commercial production aspects, such as reliability, manufacturability and production cost, can be validated from a business perspective as well as a technical perspective. This phase of the project is expected to be completed around the end of the year. The aim of the project as a whole is to arrive at a point where the licensee has all the data needed to decide on a potential commercial agreement with Smoltek.

“It is exciting to be able to move into the next phase of this project, after having achieved strong progress together with the licensee. We both look forward to now being able to tie every aspect of the project together, and then hopefully conclude that our CNF-MIM technology is ready to be used commercially by the licensee,” says Ola Tiverman, President of the subsidiary Smoltek Semi AB, which is responsible for licensing Smoltek’s technology to companies in the semiconductor industry.