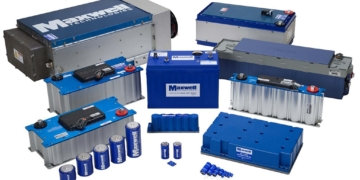 Supercapacitors are Ready for Strong Growth

Supercapacitors are Ready for Strong Growth 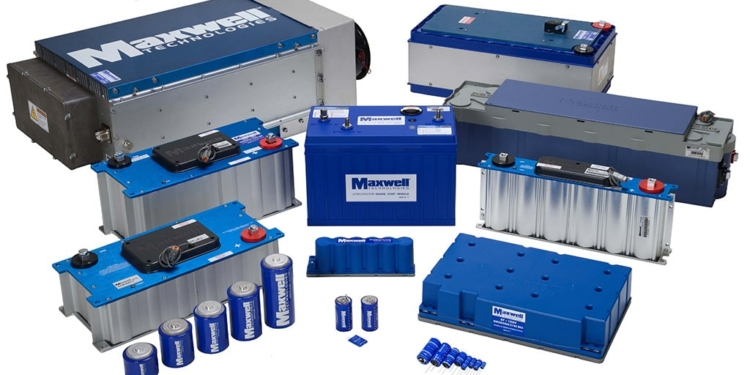 The supercapacitor market has bottomed out and is now into a sustained period of strong growth. Recent actions of three giant companies not usually associated with supercapacitors illustrate why.

Dramatic news. The supercapacitor market has bottomed out and is now into a sustained period of strong growth. Recent actions of three giant companies not usually associated with supercapacitors illustrate why.

Tesla just bought supercapacitor number one Maxwell Technologies. Geely of China has given Maxwell an order for the first widespread use of large supercapacitors in both 48V mild hybrid and full hybrid cars under its Volvo and other brands.

The new IDTechEx Research report, Supercapacitors: Applications, Players, Markets 2020-2040 calculates that, if only a few percent of 48V mild hybrids have adopted such supercapacitor peak shaving in ten years, a yearly additional supercapacitor market of over $0.5 billion emerges in 2030.

Few have heard of the third company that illustrates the change. It is the world’s largest railway equipment company CRRC in China. At a massive $100 billion in sales, it also makes buses. Like Tesla, it now makes its own supercapacitors but for buses and trains, not cars. In this case large banks of supercapacitors are increasingly used. For instance, its large buses that use only supercapacitors for propulsion have a world record of 10 seconds to full charge.

Now that world leaders see them as key enabling technology in cars, buses and train systems, the market is on the move. There is more. The report details how breakthroughs are leading to the two primary limitations to wider adoption of supercapacitors – energy density and price – will be largely overcome. It finds that market trends to fastest charging, providing pulse power, safe transport, no expensive materials and no issues of disposal are increasingly favouring supercapacitors over batteries. A view to 2040 is given because radical impacts in the longer timeframe impact actions now. For example, the supercapacitor bodywork of the Lamborghini Terzo Millennio called “Massless Energy” will come to a vehicle near you.

Why are supercapacitors disproportionally popular in the construction, agriculture, mining, logistics and military CAMLM sectors and what is happening in the grid, microgrid, electronics and other sectors? The report is based on multilingual interviews by PhD level IDTechEx analysts worldwide, privileged databases and many recent conferences including ones staged by IDTechEx. Indeed, many of those slides are included. A host of new infographics and forecasts make the analysis easy to grasp.

The Executive Summary and Conclusions explains supercapacitors and the key variants that will take significant share – hybrids with lithium-ion and pseudocapacitors. 14 primary conclusions are given and eight developing problems for lithium-ion batteries. The significance of the above companies is explained. Nonetheless, a $1.5 billion market for supercapacitors in 2030 will not be noticed by those serving a lithium-ion market of eight times that.

Afterwards, there may be a different story: learn the scenarios. The value market 2019-2030 is forecasted separately for the applications in wind, off road CAMLM vehicles, rail, 48V mild hybrid cars, other cars (notably millions in microhybrids), grid/ microgrid/ uninterrupted power supplies, electronics and in other applications. The largest new sector, 48V mild hybrids is projected in number, unit value and market value for 2019 to 2030.

Considerable background data are provided including IDTechEx ten-year projections for sales 17 categories of electric bus, car and car-like vehicle. The wind turbine statistics are presented. The Introduction compares 24 parameters of lithium-ion batteries and supercapacitors. It explains why supercapacitors and batteries are often used in parallel but sometimes supercapacitors replace batteries completely.

See the IDTechEx 2019 league table of the 14 largest supercapacitor manufacturers. Supercapacitor key benefits and market positioning are presented for today. Patent trends are presented that reveal the improvements primarily pursued. Projections are given of what will become possible in the marketplace as the improvements are phased in over the years 2020-2030. Chapter 3 gives an applications overview by sector including military and aerospace in the views of users and potential users and by farad capacity. Chapter 4 covers supercapacitors in electronics and portable devices revealing the views of Panasonic, leading specialist in this sector.

Chapter 5 deals comprehensively with supercapacitors in automotive, light trains and boats because these are and will remain dominant uses. Many examples illustrate the points made and there is a timeline for supercapacitor buses. Chapter 6 explains supercapacitors in industrial applications where numbers are usually smaller but pack size sometimes larger and there is less price sensitivity. Chapter 7 deals with supercapacitors in energy applications. It encompasses wind power in the form of wind turbine blade pitch control and output smoothing and bridging the intermittency of the new tethered drones that capture higher altitude wind. Hybrid energy storage systems HESS for grids and microgrids are covered plus synthetic inertia for microgrids with many examples.