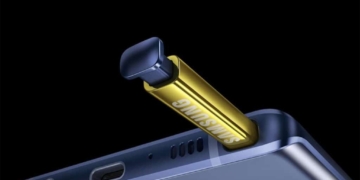 Supercapacitors power the Note 9 stylus — but are they ready to replace batteries?

Supercapacitors power the Note 9 stylus — but are they ready to replace batteries? 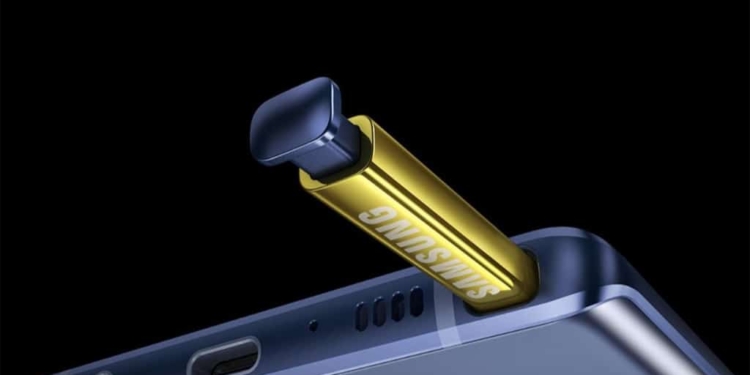 Samsung’s latest Galaxy Note 9 has a nifty new feature: for the first time, the S Pen stylus has Bluetooth and can be charged instantly using a supercapacitor. Sticking the S Pen into the phone for 40 seconds gives it enough juice for 30 minutes of use, so battery life should no longer be a worry. But how exactly does this technology work? And what else could we use supercapacitors for?

Supercapacitors (or ultracapacitors) store energy and, in some ways, are the opposite of batteries. Batteries can hold a decent amount of energy but take a long time to charge, explains Thomas Miller, a materials scientist with the Electrochemical Innovation Lab at University College London. Supercapacitors charge so fast it seems instantaneous, taking just seconds or minutes versus hours. But they hold only a tiny amount of energy. Imagine getting shocked by static electricity — it happens very fast, but there’s only a little bit of shock.

Supercapacitors work like normal capacitors — by accumulating electrical charge on their surface — but at a bigger scale. They consist of two metal plates, one with a positive charge and one with a negative charge. These metal plates are surrounded by a solution of positive and negative ions, which build up on the plates during charging to deliver electricity. That means that the amount of energy supercapacitors hold is very dependent on how big the plates are — which isn’t very convenient when we want our electronics to be small. (As Miller says: “You wouldn’t want to have a backup phone battery the size of a Coke can.”) But they do have one other big advantage: You can charge for thousands and thousands of cycles without degrading the way lithium-ion batteries do.

Because of these features, Yury Gogotsi, a supercapacitor expert at Drexel University, calls the Samsung stylus a “good development.” Theoretically, you’re often using the stylus if you own a Note, so the rapid-charge feature makes sense. Plus, the stylus needs to be charged again and again, and that would degrade a normal battery but not the supercapacitor.

“Supercapacitors will live longer than the phone itself,” says Gogotsi. “And most people will probably lose the stylus long before that” — which is what happened to him last time he had an S Pen.

In the world of energy storage research, batteries get most of the funding and interest, but scientists are trying to find ways to make supercapacitors store more energy. One approach, says Gogotsi, is to build them using promising materials that might be able to store more energy. Graphene is one example of such a material. Gogotsi’s group is working on another promising material, called transition-metal carbides. Other scientists are trying to combine batteries and supercapacitors.

While we’re waiting for the breakthrough that would make small supercapacitors hold as much energy as batteries, there are plenty of possible applications. They could be used for personal electronics that don’t need to be on constantly, like cleaning robots or power tools — “anything with downtime,” says Miller.

There’s a lot of interest in supercapacitors for electric vehicles, and Tesla’s CEO has said that supercapacitors, not batteries, will be the technology that really changes the industry. Already, Shanghai has a network of buses that run on supercapacitors called “capa buses.” At each stop, the bus charges the supercapacitor, and that gives it enough energy to drive for 10 or 15 minutes to the next stop.

Still, it seems unlikely that we’ll see supercapacitor-only cars, according to Miller. It takes an enormous amount of infrastructure for it to work in a city, and most likely it won’t be reliable with electric vehicles that need to go hundreds of miles at a time without charging.

But supercapacitors could be used with batteries to smooth the power fluctuations. Plus, batteries are damaged by charging and discharging quickly — like stopping and starting at traffic lights. If carmakers paired a battery with a supercapacitor, the supercapacitor could take over during these starts and spots. It’d quickly deliver some energy, reducing battery wear and extending its life.

Ultimately, for supercapacitors to take off, there needs to be more investment in research. “There’s been an explosion of battery research, but it’s only in the past few years that supercapacitors have been investigated more,” Miller says. “Supercapacitors are a materials challenge and we still need more fundamental understanding.”