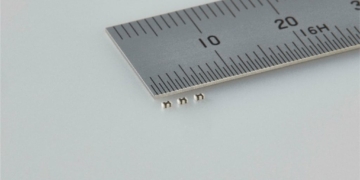 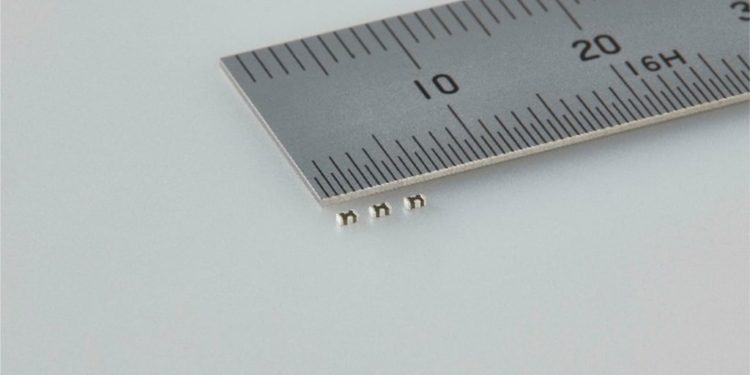 This product is to be used as a decoupling capacitor for power supply lines for ICs in response to demand for smaller and thinner devices, such as IoT-related devices, typified by smartphones and wearable devices.

Production of this multilayer ceramic capacitor will commence at the company’s Tamamura Plant (Tamamura-machi, Sawa-gun, Gunma Prefecture, Japan) starting from March 2019 at a production rate of five million units per month.

Multilayer ceramic capacitors are placed near ICs mounted in smartphones or wearable devices for the purpose of decoupling. As devices increase in functionality, the speed of the ICs incorporated in them has also increased, requiring decoupling capacitors with a lower ESL placed around such ICs to ensure their stable operation.

Furthermore, to realise thin devices despite increases in the number of features and the use of larger batteries, there is growing demand for thinner electronic components to be incorporated into them. Multilayer ceramic capacitors tend to have a higher impedance and deteriorate in performance in the high frequency range, owing to ESL influence.

On this occasion, we have achieved an approximately 23% reduction in thickness compared to our conventional product by sophisticating materials technology and sheet lamination technique, thus realising a large capacity of 10μF and a thickness of 0.5mm at the same time with 1005-size three-terminal multilayer ceramic capacitors.

Moving forward, we will continue to make our multilayer ceramic capacitors even smaller and thinner, as well as enhance their capacitance in response to market demand.

Decoupling application for power supply lines for ICs in response to demand for smaller and thinner devices such as IoT-related devices, typified by smartphones and wearable devices.