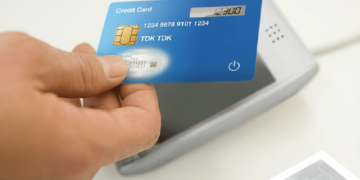 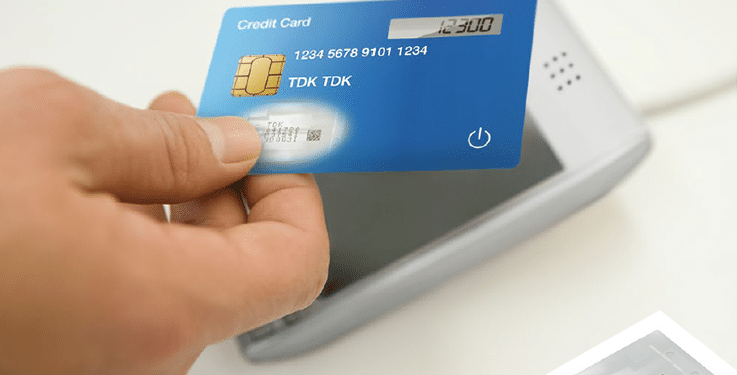 TDK has been offering pouch-type EDLCs, and has developed a new ultra-thin EDLC, with a thickness of 0.45mm (max.) that can be stored inside an IC card. It realizes battery-less smart cards equipped with a display, and is suitable for secondary power supplies for wearable devices or IoT devices.

EDLC of TDK often used for assisting power supplies for LED flash, etc.
TDK offers small pouch-type EDLCs by applying the production technology for lithium ion batteries. TDK’s EDLC is thin, large-capacity and low-impedance, and is often used for assisting power supplies for LED flashes and other devices. EDLCs are attracting attention as a secondary power supplies for wearable devices or IoT devices, and further reduction in their thickness is demanded. To meet these needs, TDK has developed a new EDLC featuring a thickness of only 0.45mm (max.), which is one of the thinnest EDLCs in the industry (Figure 1).

In a non-contact IC card system using Near Field Communication (NFC), information on the IC chip is rewritten by transmitting the energy simultaneously with signals, using the electromagnetic wave at a frequency of 13.56MHz sent from the reader/writer. However, as several seconds are required for electronic paper displays to be rewritten, the IC cards must be held over the reader/writer for a while. Although the next-generation smart cards are equipped with a primary or secondary battery to keep convenience, there are some worries with these batteries, such as the length of the battery life or the need for a lengthy charging time. TDK’s new thin EDLC provides a solution for these concerns, which rapidly stores the energy required for rewriting the display while the card is being held over the reader/writer.

The size of an IC card is 85.60mm on the longer side, 53.98mm on the shorter side, and 0.76mm thick determined by the international standard ISO/IEC7810. The newly developed EDLC with a thickness of 0.45mm makes it possible to incorporate the EDLC into an IC card, realizing a battery-less next-generation smart card (Figure 2).

Figure 2 Example of the configuration of a next-generation battery-less smart card
IC cards are required to have bending or torsional resistance. In a test using a sample incorporating TDK’s thin EDLC, the functions were not damaged even after repeating dynamic bending with a maximum flexure amount of 20mm in the long direction and 10mm in the short direction 250 times for the front and back sides respectively, for a total of 1,000 times. In addition, the functions were not lost even after repeating a dynamic torsion of 15±1° 1,000 times, which sufficiently cleared the durability test under the ISO/IEC standard required for IC cards.

Effective for wearable devices or IoT devices
The advantages of TDK’s thin EDLC include that it is a highly safe power storage device compared to lithium ion batteries or other devices. Even if an object such as a nail penetrates it when it is fully charged, it does not cause ignition or fumes. Therefore, it is suitable for healthcare devices used on the human body or wearable devices. In addition, it also features an excellent temperature characteristic, being able to operate under a broad temperature range from -20°C to +60°C. Owing to this temperature characteristic, the EDLC can support various applications, including secondary batteries for IoT devices used outdoors or storage devices in energy harvesting devices.

Wireless Sensor Networks (WSN) consisting of a large number of sensors will become the core of the near-future IoT society. However, power supplies for transmitting sensor information using radio waves have been a bottleneck for the spread of WSN. The combination of energy harvesting and EDLC provides a very effective solution that can realize battery-less sensor devices.