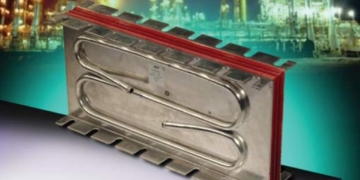 The Anatomy of a Water Cooled Capacitor

The Anatomy of a Water Cooled Capacitor 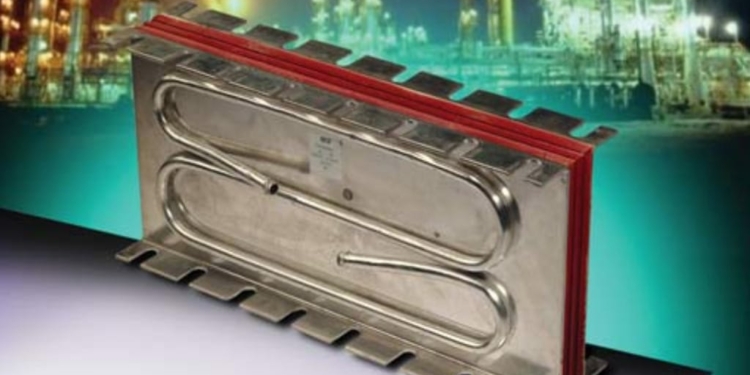 Ceramic and film capacitors are widely used in power electronic systems because they can handle high operating currents. Heat is generated in these components mainly through dielectric losses. Heat is also generated at the points of connection between the leads and the dielectric material. This heat is usually referred to as connection losses. Due to the high levels of currents that these components are exposed to, considerable amount of heat is generated. Cooling such a capacitor helps to enhance its performance as well as its reliability.

Capacitors for use in high-power and high-frequency applications are cooled using various methods. The most common cooling methods include self-cooling, forced ventilation, and liquid cooling. These methods are all aimed at ensuring that the temperature of a capacitor is maintained within the acceptable limits.

In self-cooling method, cooling is achieved through natural air circulation. This method requires that the ambient air temperature is maintained below a specific value, typically 40°C. Self-cooling is mostly used for cooling capacitor banks and is unsuitable for applications where the component can generate extreme amounts of heat.

The forced ventilation cooling method is more effective as compared to self-cooling. In this method, cooling air is forcefully directed onto a capacitor using a suitable device. Most forced-air cooling systems utilize ventilators. The temperature of the outflowing air should not exceed the value specified by the manufacturer, typically 40°C.

Film and ceramic capacitors with integrated liquid cooling systems are increasingly becoming popular for high-current applications. The liquids that are commonly used in such systems are water, mixture of water and chemical solutions, and de-ionized water. Liquid cooled capacitors are a suitable choice for power electronic circuits with high energy densities. This cooling method is suitable for applications where the ambient temperature does not exceed the value specified by the manufacturer.

Some liquid cooling systems are designed to cool the components at the surface while others can cool them inside the casing. Most traditional cooling systems are designed to cool a capacitor by passing the cooling medium over the external casing of a component. In most modern water cooled capacitors, the cooling medium passes through the interior of the component. These modern water-cooled capacitors are more efficient compared to their predecessors.

In foil cooling systems, one plate of a capacitor is connected to the cooling tube system. This plate is used both for heat dissipation and current conduction. Since the water channel and the casing are live, extra caution is required when handling these components. To make these capacitors safer for use, the water channel and the casing are insulated from earth. In addition, insulated tubes are used to feed the system with water. The length of these tubes is determined by the specific resistance of the cooling water and the operating voltage.

In applications where many water cooled capacitors are used, the cooling circuit can be connected either in parallel or in series. The parallel connection has a low pressure drop and produces a high cooling effect. In serially connected cooling systems, there is a significant drop in water pressure and a high initial pressure is required. The temperature, pressure, and water quality requirements are specified by the manufacturer.

The effectiveness of water cooling is dependent on the properties of the water used. The water for use in water cooled capacitors should be chemically neutral, mechanically pure, and its electrical conductivity should not exceed the value specified by the manufacturer, typically 500µS/cm.

Water cooled capacitors are suitable for use in a broad spectrum of high power RF applications including welding, induction heating, and dielectric heating systems.