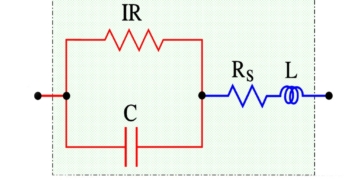 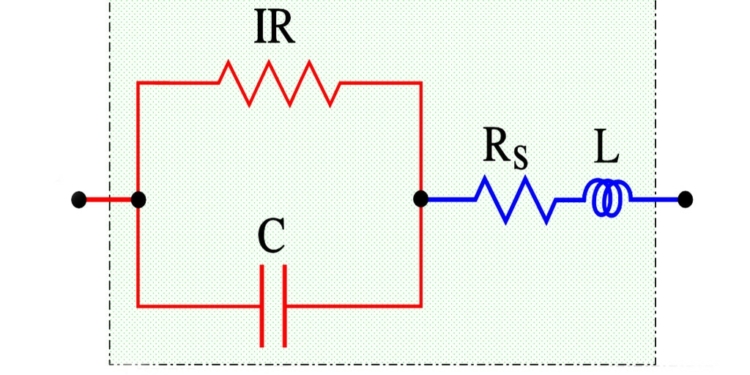 There are two types of losses:

If we apply an AC voltage over a capacitor its losses release heat. They can be regarded as a resistive part of the impedance, i.e., as resistive elements distributed in different parts of the component, e.g. in accordance with the equivalent circuit in Figure 1.

Rs consists of resistance in lead-in wires, contact surfaces and metallized electrodes, where such elements occur, as well as dielectric losses. If we apply a DC voltage over the capacitor, the generator ”feels” a purely resistive loss dominated by the IR. But because of the high value of the IR the heat release will be negligible. Should we instead change over to an AC voltage and let the frequency rise the current will increase proportionally and eventually release a considerable heat in the Rs. If we transform the IR to a small series resistance and join it with the Rs we get a total series resistance called ESR (Equivalent Series Resistance, sometimes called Effective Series Resistance). The series impedance, Zs, in Figure 1. can be written:

As a root mean square value we obtain the formula:

The expression for capacitance in the formula for Zs above can be simplified to a series capacitance Cs. If C means the nominal capacitance then we obtain Cs as

The equivalent circuit diagram then looks like the one in Figure 3.

Impedance around the resonance frequency

Figure 2. shows an example of the impedance diagram around the resonance frequency. We shall evolve the reasoning further.

Because of the approximations used during derivation of formula [2] it applies only far below the resonance frequency, f0. There, however it may cause discernible deviations from the true value. Already at 0.2 x f0 Cs will be approximately 4% greater than the nominal value C.

Often the expression for Cs is used when the frequency dependence of capacitance is shown in diagrams. This means that the capacitance quite contrary to physical and electrical laws starts rising at higher frequencies. The explanation accordingly is to be sought in errors in the measurement method.

Except for electrolytics and other high loss capacitors the impedance curve usually has the appearance of the one shown in Figure 4.

In capacitors with relatively high losses, for example electrolytics, the impedance curves reach and are influenced by these losses long before we get to the resonance frequency. A frequency dependent decrease in capacitance may also play a certain role in the frequency range. The impedance curve will deviate from the initial reactance curve and level out in a pliable bend on the ESR contribution, high above the point of intersection between the capacitive and inductive branch. The phenomenon is illustrated in Figure 5.

Higher frequencies require further derating because of the current which grows correspondingly. The R.M.S. value of the AC voltage furthermore is derated according to the permitted DC value not only with respect to the peak value and the temperature rise but also because of the additional strain that every repolarization exerts on the dielectric. The higher the rated voltage, the higher the degree of derating. 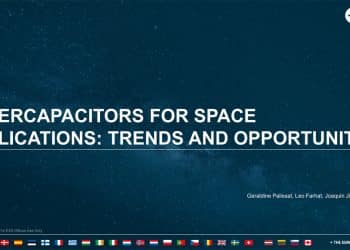 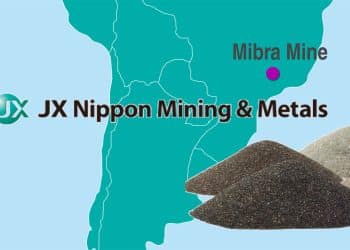 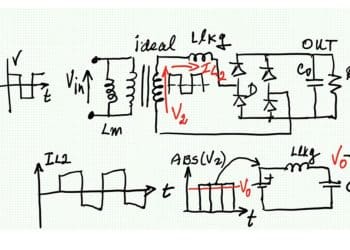