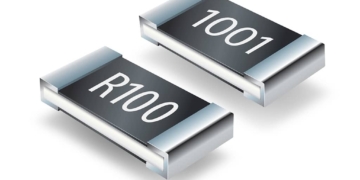 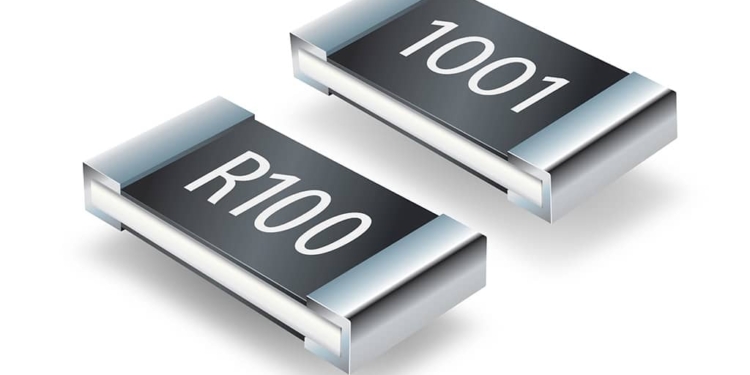 Thick film chip resistors were in short supply in 2018 as customers reacted to the short supply of multilayered ceramic chip capacitors (MLCC) by buying as many ubiquitous passive component product lines as possible. Meanwhile, key vendors straddled the supply of both MLCC and thick film chip resistors and were selling both, congruently, in large volumes in 2018. Customers reacted to the short supply of thick film chips by turning to thin film chips, which offer a part that if more expensive, but that offers better performance and is not associated with the supply of volatile raw material markets.

Resistor Lead Times: Historic Development of a Shortage
The current trend that is upon us which is illustrated by increases in resistor lead times began during the month of December 2016, when thin film chip resistor lead times began to stretch out. This was odd given that it was occurring in the month of December, which is historically a slow month in component supply due to the holidays in the west. However, taken in context with an increase in demand for tantalum chip capacitors occurring at the same time, and primary sources revealing that demand was coming from defense end-use market segment and was largely unexpected.

After the beginning of the 2017 calendar year, following the stretch in lead times for tantalum capacitors and MLCC ceramic chip capacitors, buyers began to believe they may not have enough passive component parts (capacitors, resistors, and inductors) parts for the June 2017 quarter and subsequently the entire resistor market turned on (See Figure 1), with spikes in demand across the board for multiple types and sub-categories of resistors consumed in digital electronics.

Thick Film Chip Resistor Lead Times Demonstrate Volatility
In thick film chip resistors, which is the only component manufactured by man that is consistent with the massive economies of scale required for manufacturing MLCC, market turmoil took over and extended into 2018. As Figure 1.0 illustrates, thick film chip resistors showed a large-scale increase in unit demand in January, February, March and again in April of 2017 which affected all case size from 0201 to 1206, and which has been extended through to 2018.

We believe that since a similar event happened in MLCC that this is related to buyers attempting to fill inventories by offering vendors who make both parts package deals to get MLCC in short supply. This has inadvertently placed a strain on thick film resistor production.

Thick film chip resistor shortages have also impacted the price of ruthenium, which is the primary resistive raw material (mixed with glass), as well as positively impacted the fortunes of the fledgling thin film resistor market, which employs base metal thin film solutions (NiChrome).

Ruthenium Prices Skyrocket as a Result of Thick Film Production

The price of ruthenium metal has increased more than 275% between March 2017 and November 2018 as demand for thick film linear resistors, the primary consumer of the metal, increased to meet the rising needs of jittery consumers that have sent demand for almost all passive components rocketing upward by double digits in 2018.

Resistors represent more than 90% of the global consumption volume for ruthenium metal (with some additional uses as a cracking catalyst, a hard disc drive coating, and some esoteric chemical compounds) therefore, the metal is very sensitive to any changes in resistor supply and demand the global high tech economy, and its signpost on the current market conditions should not be overlooked by the salient market analyst.

Ruthenium took a huge increase in price in April 2017 on a month-to-month basis growing from $40 to $67 per troy ounce because of its primary use as a resistive element. I estimate that this is because a deeper look at the PGM supply chain denotes the high percentage of ruthenium consumption in resistors than in any other single market. By November 2018 the price remains unusually high at $270 per Troy ounce. Meanwhile, thick film resistor demand is waning and alternative supply chains using base metals such as nickel are becoming more popular.

Source: Paumanok Publications, Inc. Industrial Market Research- The Ruthenium price is an excellent indicator of when the electronic component markets are weakening. Since ruthenium is consumed in resistors almost exclusively, its price is dependent upon the supply can demand of thick film chip resistors. Expect the price of ruthenium to weaken as demand relaxes in high tech.

Thin film chip resistors were identified early on in the shortage as a viable alternative to thick film chips in short supply. Thin film chips began to make more sense to buyers and design engineers early on in the crisis (See Figure 3) as vendors saw an opportunity to displace thick film parts that were precious metal intensive with thin film alternatives in the same exact case sizes, but reliant on base metals for their resistive elements. Base metals are in larger more stable supply than precious metals and not subjected to outside speculators to interfere with the price.

The global markets for thick film chip resistors have demonstrated significant volatility in terms of overall market demand beginning in April of 2017 and lasting until November 2018 (this far).

This placed added pressure on the production of thick film resistors and increased supply chain inventories. The results impacted two key peripheral markets the price of ruthenium, which increased from $40.00 per Toz to $270 Per Toz; and is the key resistive raw material consumed in thick film resistive pastes; and the thin film chip resistor markets that offer base metal resistive alternative in thin film chip configurations, many of which were one-to-one replacements in terms of case size availability with their thick film counterparts.

However, like any alternative solution, it is not an industry-wide one due to the limited economies of scale to produce thin film chip resistors when compared to the massive output of thick film chip resistors in China, Korea, and Japan. The real economic lesson here is that shortages in one product line may by virtue of proximity or cross-pollination impact other product lines. In the instance of resistors, it also has become apparent that the impact on raw material prices such as ruthenium should be expected, and impacts on base metal alternatives, such as thin film nickel-based resistor chips.