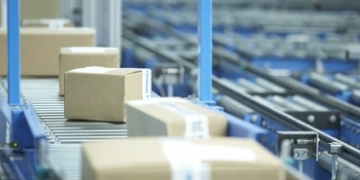 The German electrical and electronics industry has continued to perform well – despite a sluggish global economy – and was able to further expanded its position in Europe.
Causal reasons are the rising domestic consumer consumption, a higher propensity to invest, the growing domestic economy as well as rising export quotas. According to industry association ZVEI increased the production of electrical and electronic products in 2015 with 2.23 percent YoY, while exports figures increased with 5.5 percent YoY. Positive growth rates are also expected for 2016 and 2017.

The German distribution of electronic components has particularly benefitted from the economical upswing in the electrical and electronics industry, writes market analyst Europartners Consultants.

Overall increased the DTAM (Distributor Total Available Market) of all electronic devices sold in the German-speaking region by 4 percent and now stands at EUR 4.5 billion. Im relation to the TAM (Total Available Market) remained the proportion of DTAM unchanged at 24 percent. Forecasts for 2016 – again – predict a 4 to 5 percent increase in turnover.

The number of distribution companies declined from about 300 in 2009 to less than 250 in 2015. Europartners Consultants expects a medium-term consolidation of the market to less than 200 companies. Furthermore, analysis shows that Online Companies are focussing more on volume business.

Direct and Online Business will have a strong impact on the market in the coming years. However, personal advice, technical support as well as a direct contact with the customer will be crucial to future success.

The ranking of the largest distribution companies for electronic components reminds of a Formula 1 race. The Top3 – Arrow, Avnet and Rutronik – have been there for years and account for a combined market share of 55.6 percent. New amongst the Top10 is the Glyn.

Component Assembly, which include displays and power supplies, see Avnet, Data Modul and Arrow in the Top3 with a combined market share of 53 percent. However, it is to note that Arrow holds more than 50 percent of Data Modul’s shares.
Top10 German component distributors in 2015/16