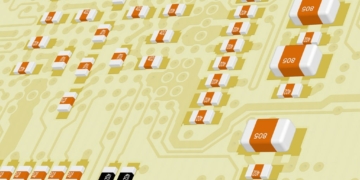 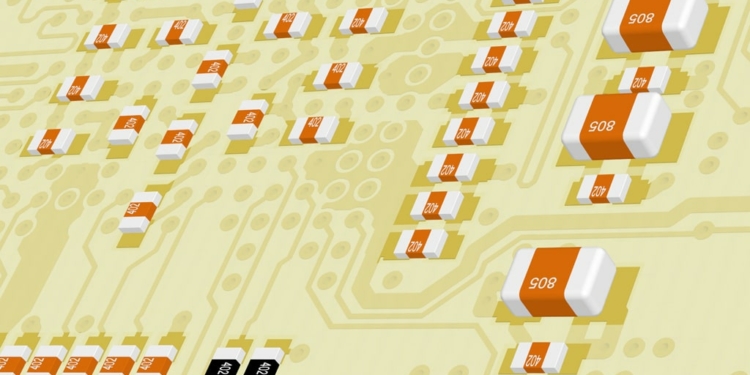 Printed Curcuit Board yellow with resistors and capacitors and chips

Introduction: Welcome to the Market for “Little Bits and Pieces”

After my keynote speech at the Electronic Distribution Show in Las Vegas in 2017 I talked about how electronic components were on the threshold of the next “Gilded Age,” and that the future of consumption in mass produced parts would be one of value and not necessarily one of volume; and that the heady days of 11% unit growth per year in support of transitioning electronics to portability, volumetric efficiency and function; were at an end, and that the next phase of demand for capacitors would begin to focus on their value as a dielectric, and their unique ability to hold a lot of energy in a small space.

Since the 2017 EDS speech, and as I reported at my presentation at the ECIA Statistics Conference in Atlanta in June 2018, the markets for all surface mount capacitors have exhibited tremendous volatility in the months between May 2017 (EDS Show) and June 2018 (ECIA Atlanta).

The greatest source of the current volatility in the 2018 capacitor supply chain is in the market for multilayered ceramic chip capacitors (MLCC). MLCC are considered the “workhorse” of the electronics industry. They are used in large volumes in all electronic devices to provide energy on demand, decoupling of signals and filtering of noise and you cannot have an electronic circuit without capacitance. MLCC are the product of choice in almost 90% of slot choices requiring faradaic capacitance in the world today. This requires almost two trillion parts to satisfy real-time global printed circuit board production and more than four trillion capacitor body production starts to fulfill on an annual basis. The human requirement for capacitance, bandwidth and energy density is increasing in accordance with electronic content and functionality, especially in the end-markets for communications and transportation, and this is placing a strain on unit output for MLCC.

The Nature of the Current Parts Shortage is Somewhat Three-Dimensional

Primary sources from Japan, Korea and China had advised me on face-to-face meetings and written discussions in late 2017 that the nature of the shortage in MLCC was based on the lack of available “multi-layered” stacking capacity for ceramics and metals in the world. Therefore, as logic dictated, MLCC production began to pool in the areas where the market offered the greatest profitability. This location of perfect volume and value is generally in the higher capacitance MLCC markets, especially in the X7R type MLCC to 22 microfarads and the X5R MLCC to 470 microfarads. In pursuit of these higher priced, more profitable segments of the market, a vacuum was created in the lower layer count segments that had been “abandoned” for their lack of sufficient or even competitive profitability. The value of this “rendered” MLCC segment tripled rapidly, as is shown in the tables in this MarketEYE installment.

Also, recent buying patterns in passives suggest a further discussion of value proposition as design engineers switch references and attempt to cover parts shortages by buying up all the available capacity in alternative surface mount product lines. What is important for the reader to understand is that the OEM customers in the supply chain as well as authorized distributors (and speculators) are buying up parts in specific channels, such as ultra-small case size tantalum chips in the A and sub-A case sizes that overlap high capacitance MLCC, as well as shifts in demand for DC film chips (PET, PPS, PEN) that overlap NPO type (COG) MLCC consumed in clock functions. The showstopper in these trends is that the economies of scale to produce alternatives to MLCC are very, very limited. Production starts for an MLCC manufacturer for example, are hundreds of billions of pieces per month, while production starts for tantalum chips would be tens of millions and production starts for DC film chips would be in the thousands or tens of thousands of pieces. Therefore, the economies of scale are not adequate to fill in any large gaps in MLCC supply.

At press time, and as is shown in the subsequent tables below, we noted that the lead time for RF SMD chip coils also skyrocketed in June. This is because the shortage is truly three-dimensional and the available capacity for ceramic chip inductors, for example, is going to MLCC instead because of the higher price points in 2018 and the greater profitability.

The following support data from the Paumanok Monthly Report on Passive Components shows how the shortage in the MLCC markets is impacting the tantalum chip capacitor markets and the RF ceramic chip inductor markets. The impact on the tantalum chip capacitor markets is because of the overlap with higher capacitance MLCC which are in short supply. The impact on the availability of RF inductors is because the ceramic stacking capacity dedicated to multilayered chip inductors is being channel toward the stacking of MLCC, which are more profitable right now because of their short supply. This process is known as repurposing of existing equipment for a more profitable supply chain.

During the month of June 2018, global lead times for passive components, otherwise known as the time it takes in weeks for a component to leave the factory and reach the customer, began to increase again in accordance with a short-supply of parts, coupled with a move toward the holiday building season for 2018. Paumanok archives reveal for example, that the 2011 parts shortage had been rectified by June 2011, and represents one of the “short-lived parts shortages,” while the 2018 parts shortage has been consistently behaving in a similar fashion as the 2000 and 2001 parts shortage which was clearly related to fundamental availability of parts. In the 2000 and 2001 cycle the parts shortage was more clearly related to a limitation of key raw materials; while the 2018 parts shortage is more clearly associated with a lack of a clear availability of ceramic stacking techniques.

The lead-time chart for June 2018 shows an increase across the board for all MLCC. This “roaring back” of demand was anticipated as it is seasonal. Of course, this time there is an MLCC shortage that has impacted the high capacitance business, the low capacitance business and is now subsequently spilling over to impact ALL SURFACE MOUNT capacitors to some degree. We note that in June that even the bulky V-chip aluminum capacitors are increasing their lead times as customers look for ways to provide much needed capacitance by changing reference designs. The use of V-chip aluminum to replace MLCC is possible in certain instances (especially in power supply output filtering) but because of the size difference suggests a technical level of desperation.

The reader should understand that lead times for high capacitance BME MLCC in X5R from 47 to 470 microfarad, and X7R MLCC in the 10 to 22 microfarad range remain the area where the number of available vendors is not adequate. Moreover, vendor movements away from low layer count picofarad type MLCC to pursue more profitable segments of MLCC have left a vacuum in the Y5V space (across the whole Y5V spectrum).

The chart shows continued impact on the tantalum chip markets as well, with ultra-small case size chips remaining in tight supply and now we note an increase in demand for larger chips as well as all surface mount capacitors are being purchased in excess quantities as supply chain managers rush to fill gaps in production. Also impacted are V-chip aluminum and DC Film chip capacitors. Which also overlap MLCC in terms of specific types of replacements.

The visual interpretation of the overall lead-time data shows a remarkable spike in June on a month-to-month basis as predicted in our last report. The spike in June was largely for the low layer count MLCC, which is a surprise, as we perceive that there is no great barrier to market entry or expansion in this segment. The variable are the massive economies of scale required to fill in the gaps left by specific vendor’s withdrawal from the low layer count Y5V markets in 2016 and 2017 due to low or diminishing profitability (About 5,000 part numbers were discontinued).

In the chart below we note that high capacitance BME MLCC increased in terms of demand in June 2018 on a month to month basis as expected. The increase in lead times for the high capacitance MLCC was small and in line with expectations. However, the commodity MLCC (low layer count parts) truly skyrocketed in lead times in June.

The shortage in low layer count parts (picofarad) parts, which are air fired and easy to make is because of the Japanese MLCC vendors discontinuing these products to pursue more profitable high layer count business with their existing machines.

Tantalum capacitors showed a spike in ultra-small case size chips in both manganese and polymer based chips in May 2018 and remained at extremely high levels in June 2018. These ultra-small parts overlap with high capacitance BME MLCC which are in short supply. Companies are covering all bases as global capacity for MLCC goes into short supply. Primary sources suggest that advertising campaigns by Vishay and KEMET to replace MLCC in short supply is timed well and responsible for the huge uptick in A case tantalum chip lead times. This illustrates the shifts in reference designs by manufacturers who wish to carry on their production by referencing an alternative dielectric.

Inductor demand shot up as predicted in June, almost all concentrated on RF SMD Chip Inductors which are stacked ceramic technology. We are keenly interested in this because the shortage in stacking technology is impacting inductors because the manufacturers of MLCC also are key manufacturers of chip inductor. The conclusion is that there is a fear of a shortage here because of the shortage of stacking capabilities and available equipment.

Lead times for RF Ceramic chip inductors skyrocketed in June as demand increased across the board. Our concern here is a shortage of stacking technology. Some of the same vendors of MLCC also manufacture ceramic chip inductors which are produced by ceramic stacking. The process is almost identical.