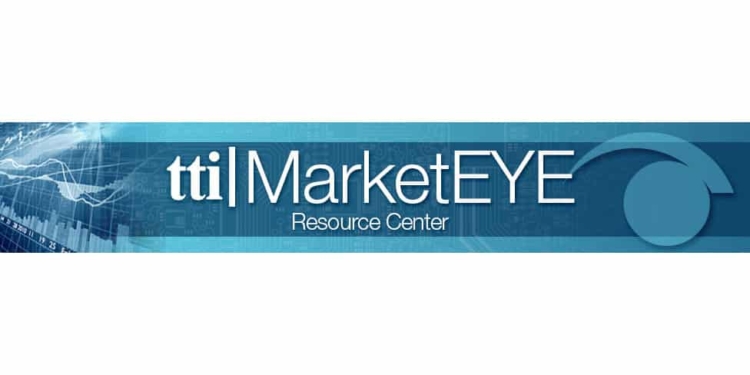 Forecast changes in temperature requirements in defense and downhole pump electronics have challenged the capacitor industry to produce new products that can operate in exceedingly higher temperatures for longer time periods of time. For years the operating temperature and available capacitance values of competing high temperature dielectrics was limited to about 200 °C and picofarad levels of capacitance. There was also the added problem of limited volumetric efficiency of the capacitors being consumed. Therefore, the trend has been to increase the operating temperature of the capacitors competing in the space, to increase the available capacitance values of the capacitors competing in the space, and to expand the product offering with respect to capacitor case size, configuration and performance for extended periods of time at such high temperatures. Multiple dielectrics are now employed to operate at elevated temperatures and include ceramic, tantalum, plastic film, mica, solid aluminum, glass, silicon, diamond-like and aluminum oxynitride. Ceramic, tantalum, plastic film, glass and diamond-like capacitors have established reliability in the high temperature arena, while solid aluminum, silicon and aluminum oxynitride are emerging technologies. Because of the end-markets into which these high temperature capacitors are sold include both defense and oil and gas related electronic sub-assemblies, these high temperature capacitors are usually subjected to additional rigors of extreme environments in addition to extreme temperatures, including enhanced vibration frequencies, high voltage environments, and radiation exposure. Subsequently failure modes for these “application specific” capacitors include delamination, tomb-stoning, thermal stress cracking, wild fluctuations in capacitance with temperature; and questionable insulation resistance. This study addresses the growing market for capacitors in the 175 °C to 450 °C operating temperature range, and forecasts the rate of global consumption over the next five years.

The high temperature capacitor market >175 °C has been growing at a rate that exceeds traditional value growth in the capacitor industry since 2005. This is the result of a large increase in demand from the oil and gas industry as a result of new prospecting, the additional of new oil wells worldwide, and the need to extract as much oil as possible from existing wells, and an increase in demand from the defense markets, primarily to replace products that have been consumed, and for new aircraft and rocket platforms under development.

Market Opportunities
As passive component manufacturers continue to re-position themselves to take advantage of application specific and value-added component opportunities in the United States, Western Europe, China, Korea, India and Japan, one area of increasing interest is passive components for applications in ultra-high operating temperature environments. The products driving most development and demand include downhole pump sensors, aircraft engine sensors and geothermal sensors. These products are subjected to the most rigorous environments on the planet that not only include scorching atmospheres, but share the unique added aspect of brutal vibration frequencies as well.

Aerospace
There are additional markets that have much higher operating temperature requirements, similar or extended lifetimes; and equal or greater vibration frequencies when compared to what is being suggested for near-term and long-term under-the-hood applications in automotive electronics. The largest markets outside of the automotive business that require high temperature capacitors are for defense aircraft, missiles, spacecraft and satellites that consume capacitors that are governed by strict military specifications, or from commercial-off-the-shelf (COTS) sources. These markets usually require 200 °C capacitor operation, but that can easily be extended to 360 °C and beyond under the right conditions. Defense electronics applications requiring high temperature capacitors include the following electronic subassemblies:

Space capacitors must be rated to negative 30 Kelvin to 1000 °C or any variation that NASA JPL can measure in terms of heat and cold variations in the vacuum of space. The ultra high temperature market which really begins at 200 °C is either ceramic or glass in nature, and once again in resistors, these are ceramic, metal or glass substrates with nickel, tin or tantalum based resistor elements. This market excludes all under the hood applications in automotive and is limited to spacecraft and oil well services markets.

Oil and Gas
The largest of the commercial markets for is for downhole pump applications (mining and oilwell electronics). Oilwell drilling electronics (sensors, gages and monitors) typically operate in the 175 °C to 200 °C range, while mining operations that are exposed to gas, steam and geothermal environments can require components that operate from 225 °C to 300 °C or above. Other product markets that have high heat operating environments include power generation equipment and large industrial turbine mounted electronics. In many instances the electronic systems involved in these extreme applications employ capacitors based upon reconstituted mica, metallized Teflon®, metallized PTFE or specialty glass capacitors, although single layered and multilayered ceramic chip capacitors (stacked ceramic chips) are also used, and for higher capacitance applications- the tantalum “wet slug” capacitor is used. However, these capacitors have much higher average unit selling prices when compared to the MLCC or molded tantalum chips traditionally used in more commercial applications, such as cell phones and tablet computers.

Mechanical Shock and Vibration
Not only is temperature an issue in the application listed previously, but mechanical performance is a major consideration in mission critical designs as well. Down-hole oil exploration, aerospace and defense electronics are among the most mechanically demanding applications in the world. Mechanical shock and vibration have a major impact on device selection and designs. In some cases, these electronic systems can experience forces up to and exceeding 500G in which standard technologies would catastrophically fail.

Specialty Packaging of High Temperature Components
Because of this, custom mounting designs and plastic molded encapsulation techniques have been developed for applications requiring an advanced reliability and odd form factor.

Thermal Cycling and Thermal Shock Performance of HighTemperature Capacitors
In addition to mechanical shock and vibration, the thermal cycling effects of operation and assembly take a toll on the capacitors. During assembly, the parts may be improperly handled and even encounter thermal cracking due to hand soldering or improper heating. During operation the capacitors can encounter temperature changes that cause significant thermal expansion/contraction of the materials and assemblies. In order to improve upon these designs and ensure that the components can withstand these effects, advanced materials have been incorporated into the termination materials.

Advancements in Polymeric Terminations and High Temperature Capacitors
Polymeric material has been incorporated into termination designs in order to absorb the effects of thermal cycling, creating a flexible termination that prevents failure.

Market Expectations to 2021
In recent months, the end-markets into which ultra-high temperature capacitors are sold have declined, especially the oil and gas electronics market, which has contributed to so much growth in the space since 2005. At the same time, growth in demand from defense contractors was limited due to the sequester in the United States, but a measureable rate of growth was apparently coming from space electronics and self propelled craft giving growth rates in the defense sector for high temperature components at a slow, anemic rate but still moving in the right direction. Meanwhile, commercial aircraft engine demand has been robust all along and a solid underlying growth story.

My forecast is that ultra-high temperature capacitor demand will continue to increase on a worldwide basis and in accordance with an expected recovery in the oil and gas electronics sector over the next five years. Meanwhile, solid and continual growth will also be apparent in the commercial aircraft engine sector to satisfy the regional need for short-haul aircraft (so there will be more engines), and this will be punctuated by an increase in the commercialization of space and the private sector demand for mission critical components for use in the emerging, non-intermittent supply of geothermal energy. Geothermal wells are also monitored for damaging spikes in temperature, which occur in groundwater exposed to deep-earth temperatures.