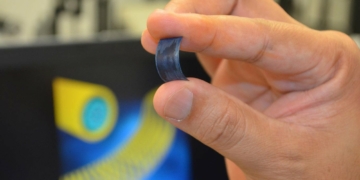 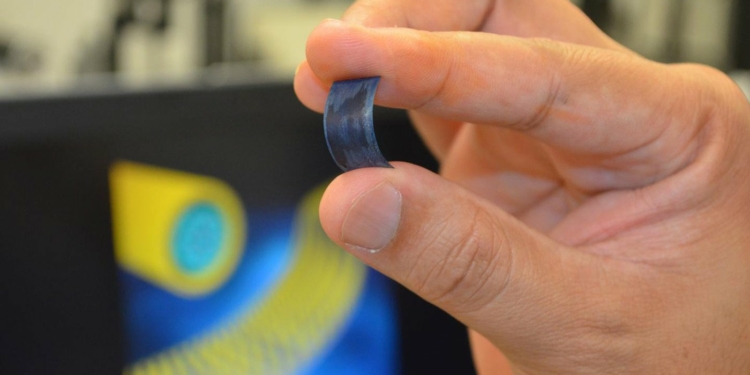 The University of Central Florida (UCF) has developed a proof of concept super capacitor cell, which like a battery can provide current for portable electronics, but charges faster and lasts up to 20 times longer.

“You could charge your mobile phone in a few seconds and you wouldn’t need to charge it again for over a week,” said UCF postdoctoral associate Nitin Choudhary. “For small electronic devices, our materials are surpassing the conventional ones worldwide in terms of energy density, power density and cyclic stability,”

Unlike batteries which release their charge through chemical reactions, capacitors store their charge electrostatically on the surface of materials. As a result, capacitors can be charged very quickly, and they will maintain their characteristics much longer than batteries. A traditional lithium-ion battery can be charged less than 1,500 times before they significantly lose their ability to hold a charge. This is something we have all experienced as our cell phones age. By comparison, UCF’s new super capacitor works like new, even after 30,000 charges.

Super capacitors, like the one developed by UCF, make use of extremely thin, two-dimensional materials like graphene as the surface on which the charge is stored. The larger the surface area, the more charge can be stored in the cell. A very thin material helps pack more surface area into the capacitor.  The potential of this application for two-dimensional materials has been known for a while, but while other researchers have attempted to create similar capacitors in the past, they have been unable to reach the same success that UCF has achieved:

“There have been problems in the way people incorporate these two-dimensional materials into the existing systems – that’s been a bottleneck in the field,” says Yeonwoong “Eric” Jung, principal investigator and assistant professor with joint appointments to the NanoScience Technology Center and the Materials Science & Engineering Department at UCF. “We developed a simple chemical synthesis approach so we can very nicely integrate the existing materials with the two-dimensional materials.”

The new approach developed by Jung and his team involves a cluster of millions of nanometer-sized wires coated in a two-dimensional shell. The cores of the wires are highly conductive, which leads to fast charging. The shells are composed of uniformly coated two-dimensional materials which leads to high energy and power densities.

“It’s not ready for commercialization,” Jung said. “But this is a proof-of-concept demonstration, and our studies show there are very high impacts for many technologies.” We may one day see super capacitors in our cell phones and other electronic devices, and since they’re flexible, they have an interesting potential in wearable tech as well. The technology could also mean a big step forward for electric cars.

Professor Jung is currently working with the university’s Office of Technological Transfer to apply for a patent on the new technology.