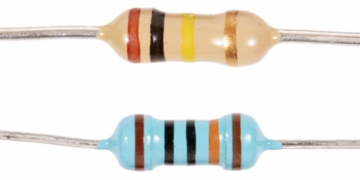 When you can not recognize your resistor band code

When you can not recognize your resistor band code 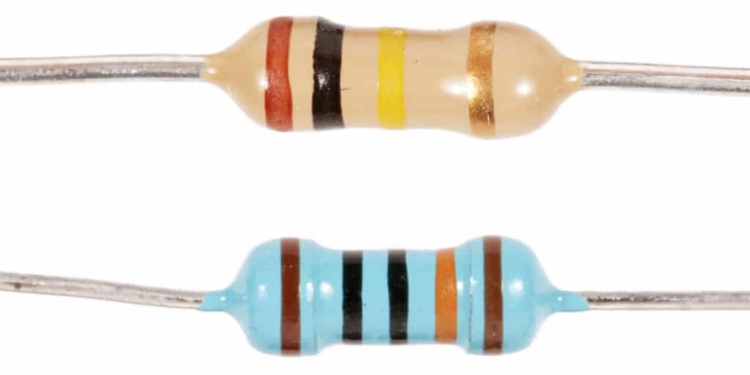 Resistor band code recognition may not be sometimes straightforward as it one could expect. IEC 60062 specifies designation and marking codes for capacitors and resistors. It is latest review 2016 (IEC 60062:2016) includes some significant technical changes with respect to the previous edition such as introduction of the new code colour pink for the coding of the multiplier 10-3. This has not been updated in some reference resource manuals on web. Also sometimes manufacturers have they specific marking style in addition.

World market of resistors has grown continuously by approx. 5 to 8 % in pieces annually. The total consumption will be probably ahead of 1300 billion pieces in 2018, according to Reiner Kuehl’s estimations.

Further growth can be foreseen. Main reasons are the strong trends to electro-mobility and photovoltaic. These application need special stable resistors in <1 Ohm- and >1 MOhm-ranges, with tight tolerance and low thermal coefficient (TCR). To meet those requirements in the low ohmic range, a new multiplier for the 3rd or 4th color code band ( /1000) has been introduced and added to the standard IEC 60062:2016 its color is PINK.

IEC 60062:2016 specifies designation and marking codes for capacitors and resistors. It provides coding methods for the resistance or capacitance value and its tolerance, including colour coding for resistors. It also provides date code systems suitable for the marking of small components. The latest edition includes the following significant technical changes with respect to the previous edition:

Some troubleshooting in resistor band coding is identified in Digikey Tech forum by Robert Fay:

One key indicator is to look for a gap in the bands. Most resistor companies will put a slightly larger gap between the multiplier and the tolerance gap then between the other bands. Here is an example from Yageo showing a 4 band resistor with a special band.

Here is a similar resistor showing a 5 band from Bourns. Though not as pronounced you can see there is a slightly larger gap between the Multiplier and the Tolerance band.

Now that you have identified that you have a 4 band resistor with a 5th band you want to know what it is calling out. This can also be a bit tricky.
Per IEC 60062:2016 the standard color code would call out Temp Coefficient.

This is not always the case. Yageo for instance uses a Black 5th band in certain series to call out non-inductance.

Trying to identify which you have can range from hard to impossible. If it is a color it is most likely a temp coefficient IEC 60062:2016. If your 5th band is black you are best to try to identify the resistor manufacturer and look at their data sheet.