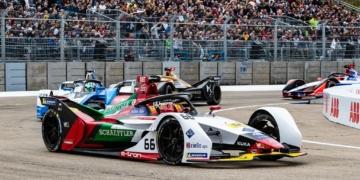 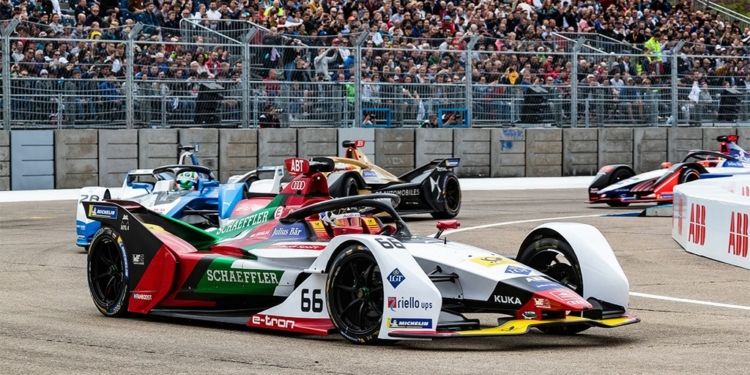 Waldenburg (Germany), 28 May 2019 – On 25 May the Formula E circus returned to the closed-down airfield at Berlin Tempelhof, transforming it into a suspense-packed venue for motor sport. And once again, Würth Elektronik was there as a technology partner: 70 customers and employees lined the race circuit, cheering on the Audi Sport ABT Schaeffler team with its pilots, Daniel Abt and Lucas di Grassi – with success.

The home race in Germany heralded the hotly contested closing stages for the Audi Sport ABT Schaeffler race team in this year’s racing season. At the end, there was a clear winner among the 11 teams taking part: Lucas di Grassi won the Berlin race, while Daniel Abt crossed the finishing line in sixth place. This means now, after the tenth of the thirteen races this season, the team currently occupies second place in the Team World Constructors Championship.

There are just three races to follow: the Bern ePrix on 22 June, and the double race in New York on 13 and 14 July. Alexander Gerfer, CTO of the Würth Elektronik eiSos Group, is very pleased with the positive result of the Berlin race: “Once again it was an unbelievably exciting experience to follow the race from so close up. As the technology partner for Audi Sport ABT Schaeffler, we’re naturally particularly proud about this absolutely fantastic result.” Oliver Konz, CEO of the Würth Group, adds: “Yet again the team has shown what it’s capable of. Our success proves we’re all on the right track. For all of us, it was another great day beyond our expectations.”

On the race day itself, the spectators experienced highly tense moments and pure emotion – not just on the stands directly lining the circuit, but also in the eVillage, which again drew many visitors. This is where sport, technology, and entertainment meet: fans can meet and greet the pilots at the autograph sessions, get a close-up look at the cars of the future, and enjoy an exciting program of events in the area of e-mobility.

Würth Elektronik has been supporting the Audi Sport ABT Schaeffler team as a technology partner ever since the very first racing season in 2014. Back then, Lucas di Grassi brought home a historic win in the first fully electronic racing series in Beijing. In the third season (2016/2017), Lucas di Grassi won the world championship, and in the fourth season (2017/2018) Audi Sport ABT Schaeffler became the Team World Constructors Champion.

The technology behind the scenes has progressed rapidly too, and with each new season there are more technological in-house developments launched which advance e-mobility further still. This has led to the constant advances in the development of the components integrated in the cars and the growth of the group’s portfolio of electronic and electromechanical components.

As Alexander Gerfer points out: “For us, Formula E is a testing ground in which we can put components to the test under extreme conditions. This is where we draw essential impulses for the further development of our automotive and converter components. In return, the team gets full access to our ‘more than you expect!’ services: lab equipment, customer-specific solutions, and a swift delivery service are just some of the benefits our customers in the Formula E field have come to appreciate. The test labs, for example, are fitted out with state-of-the-art equipment: the team can run their tests here and take x-ray images to trouble-shoot in the event of malfunctions. Just like on the racetrack – what’s called for here is speed and swiftly finding solutions”.

Innovative areas of applications in which the components supplied by Würth Elektronik eiSos can be used include new mobility, 3D printing, and wireless connectivity. These topics are under continual development at the Competence Center and the eiCamp on the EUREF Campus of the Berlin facility, the center for start-ups and metropolis for the mobility of tomorrow. 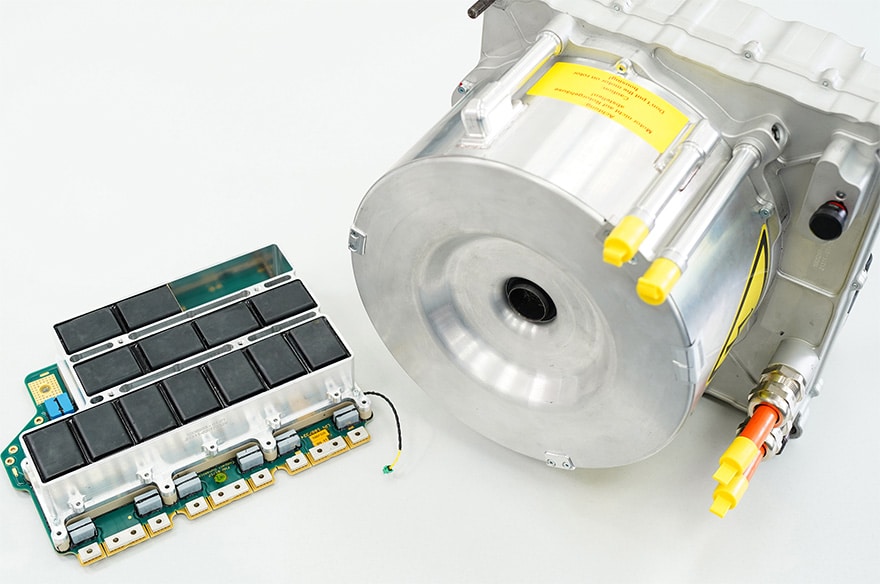 One of the components that makes up the car: PCB with REDCUBE terminals made by Würth Elektronik next to the e-motor casing.