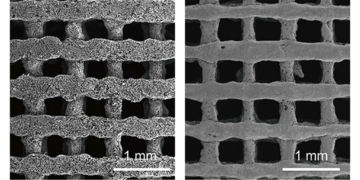 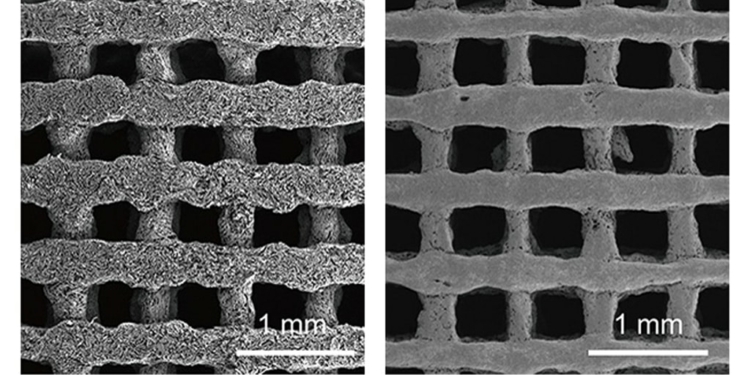 Advances in supercapacitor technology could lead to wider use of fast-charging energy storage devices and novel designs for electronic gadgets.

In laboratory tests, the novel electrodes achieved the highest areal capacitance (electric charge stored per unit of electrode surface area) ever reported for a supercapacitor, said Yat Li, professor of chemistry and biochemistry at UC Santa Cruz. Li and his collaborators reported their findings in a paper published October 18 in Joule. As energy storage devices, supercapacitors have the advantages of charging very rapidly (in seconds to minutes) and retaining their storage capacity through tens of thousands of charge cycles. They are used for regenerative braking systems in electric vehicles and other applications. Compared to batteries, they hold less energy in the same amount of space, and they don’t hold a charge for as long. But advances in supercapacitor technology could make them competitive with batteries in a much wider range of applications.

In earlier work, the UCSC and LLNL researchers demonstrated ultrafast supercapacitor electrodes fabricated using a 3D-printed graphene aerogel. In the new study, they used an improved graphene aerogel to build a porous scaffold which was then loaded with manganese oxide, a commonly used pseudocapacitive material.

A pseudocapacitor is a type of supercapacitor that stores energy through a reaction at the electrode surface, giving it more battery-like performance than supercapacitors that store energy primarily through an electrostatic mechanism (called electric double-layer capacitance, or EDLC).

“The problem for pseudocapacitors is that when you increase the thickness of the electrode, the capacitance decreases rapidly because of sluggish ion diffusion in bulk structure. So the challenge is to increase the mass loading of pseudocapacitor material without sacrificing its energy storage capacity per unit mass or volume,” Li explained.

The new study demonstrates a breakthrough in balancing mass loading and capacitance in a pseudocapacitor. The researchers were able to increase mass loading to record levels of more than 100 milligrams of manganese oxide per square centimeter without compromising performance, compared to typical levels of around 10 milligrams per square centimeter for commercial devices.

Most importantly, the areal capacitance increased linearly with mass loading of manganese oxide and electrode thickness, while the capacitance per gram (gravimetric capacitance) remained almost unchanged. This indicates that the electrode’s performance is not limited by ion diffusion even at such a high mass loading.

First author Bin Yao, a graduate student in Li’s lab at UC Santa Cruz, explained that in traditional commercial fabrication of supercapacitors, a thin coating of electrode material is applied to a thin metal sheet that serves as a current collector. Because increasing the thickness of the coating causes performance to decline, multiple sheets are stacked to build capacitance, adding weight and material cost because of the metallic current collector in each layer.

“With our approach, we don’t need stacking because we can increase capacitance by making the electrode thicker without sacrificing performance,” Yao said.

The researchers were able to increase the thickness of their electrodes to 4 millimeters without any loss of performance. They designed the electrodes with a periodic pore structure that enables both uniform deposition of the material and efficient ion diffusion for charging and discharging. The printed structure is a lattice composed of cylindrical rods of the graphene aerogel. The rods themselves are porous, in addition to the pores in the lattice structure. Manganese oxide is then electrodeposited onto the graphene aerogel lattice.

“The key innovation in this study is the use of 3D printing to fabricate a rationally designed structure providing a carbon scaffold to support the pseudocapacitive material,” Li said. “These findings validate a new approach to fabricating energy storage devices using 3D printing.”

Supercapacitor devices made with the graphene aerogel/manganese oxide electrodes showed good cycling stability, retaining more than 90 percent of initial capacitance after 20,000 cycles of charging and discharging. The 3D-printed graphene aerogel electrodes allow tremendous design flexibility because they can be made in any shape needed to fit into a device. The printable graphene-based inks developed at LLNL provide ultrahigh surface area, lightweight properties, elasticity, and superior electrical conductivity.

In addition to Yao and Li, the authors of the paper include co-first author Swetha Chandrasekaran at Lawrence Livermore National Laboratory; Jing Zhang and Wang Xiao at UC Santa Cruz; and Fang Qian, Cheng Zhu, Eric Duoss, Christopher Spadaccini, and Marcus Worsley at LLNL. Worsley and Li are both corresponding authors of the paper. This work was funded by the U.S. Department of Energy.