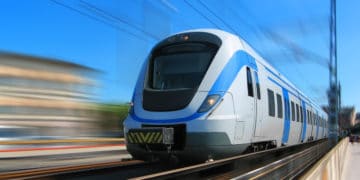 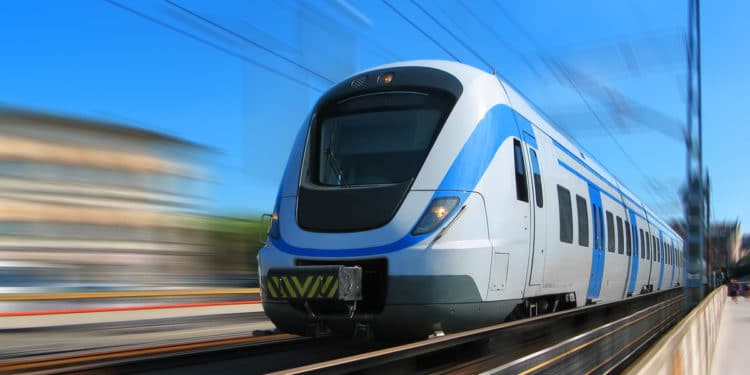 This study analyzes and evaluates the feasibility of harmonic suppression traction transformer (HSTT) for harmonic reduction in railway systems. This new type of transformer can improve the power quality of railway systems by preventing high-frequency harmonic currents from injecting into the traction grid. As the physical size of available space in high-speed trains is strictly limited, low space-occupying filtering techniques are needed. Therefore, an HSTT with integrated filtering inductors (IFIs) capable of being implemented in regular trains is proposed. Taking advantage of the HSTT, a specially constructed inductive-capacitive-inductive (LCL)-type filter is used for harmonic suppression instead of a regular LCL-type filter. The proposed filter is composed of an integrated inductor, leakage inductor of the traction transformer, and an external filter capacitor. In this paper, we analyze the topology of the proposed system, construct a mathematical model to reveal the magnetic decoupling theory of IFIs, and discuss the design and calculation procedures of the HSTT with IFIs. The field circuit coupling simulation of the HSTT with IFIs is performed to validate the effectiveness of the proposed system. Finally, the practical operation based on a 10 kVA prototype shows that the proposed scheme can not only suppress the high-order frequency harmonics but also decrease the installed space of filter devices.

In recent years, with the rapid development of the China Railway High-Speed (CRH) infrastructure, the total operation mileages reached more than 29,000 km by the end of 2018. As AC–DC–AC traction converters are widely used in CRH locomotives, the pulse-width modulation (PWM) technologies applied in the line-side converters of the traction drive systems can contribute to the high power factor when supplying the traction loads.

However, this inevitably produces high-frequency harmonics, leading to issues such as high-frequency resonance and electromagnetic interference (EMI), threatening the stable operations of railway transportation systems. To address the aforementioned issue, researchers and engineers have proposed several approaches. These can be divided into two categories, which are from the perspectives of the traction power supply system and the traction drive system, respectively.

Some studies focus on resonance suppression from the traction power supply system. Measures are taken to dampen the harmonics of traction power supply systems by using passive or active methods. Although the passive power filter can suppress the harmonic current, this may result in system instability. The employment of an active power filter (APF) can suppress the harmonics dynamically as well as avoid harmonic resonance in the system, but typically at a relatively higher cost.

The alternative solution for resonance suppression is from the perspective of the traction drive system. For example, online and offline optimal PWM schemes are proposed to eliminate resonance harmonics, but these schemes are sensitive to the traction networks’ parameters. Additionally, the Class-120 locomotives in German railways implement a tuned harmonic filter between the pantograph voltage winding of the input transformer (see Figure 1a). Considering the fact that the high-voltage side typically requires large, heavy-weight passive filters, the loss will be high using passive damping.

An active harmonic compensator can interact with the traction drive system through transformer winding (see Figure 1b), but the additional APF will be costly. The BR 101 instrument features a passive harmonics filter instead of an APF (see Figure 1c), in which the filter is damped with resistive devices, thus causing losses. Song et al. proposed a single-phase traction converter with an inductive-capacitive-inductive (LCL)-type filter to suppress high-frequency resonance in high-speed railways (see Figure 1d). This approach can attenuate the high-frequency harmonics in the grid current and damp the LCL-type filter with active damping methods, while maintaining a relatively lower cost. It is noted that the capacitor of the LCL-type filter can prevent the high-frequency harmonics from flowing into the traction transformer by forming a circulation path for high-frequency harmonics. Hence, the losses, vibration, and noises of traction transformers can be dampened effectively.

Although the LCL-type filter scheme can effectively suppress the high-frequency harmonics, additional harmonic filters should be installed in high-speed trains. Due to the limited space in high-speed trains for stacking air-core inductors, the space required for LCL-type filter devices needs to be reduced. To this end, the magnetic integration technique is an effective solution. A magnetic integration theory is introduced in, in which the two inductors of LCL-type filters are integrated into an EE-type (which means the shape of the iron core is like the character E) core structure.

The weak coupling effect observed in those inductors will impose a negative impact on the performance of the LCL-type filter. To address this problem, the coupling coefficient can be utilized to form an inductive-inductive-capacitive-inductive (LLCL)-type filter to suppress the most predominant harmonic currents. In [16] an active magnetic decoupling method is proposed by winding a decoupling winding in series with the filter capacitor around the common I-type core.

Therefore, the harmonic attenuation capability can be realized and the volume of the filtering device can be reduced to a large extent. In [17] the grid side inductor of an LCL-type filter is integrated with the leakage inductance of the transformer, but the authors do not investigate the integration of the converter-side inductor of the LCL-type filter. Although these existing magnetic integration methods can reduce the coverage space of LCL-type filter equipment, they may not be suitable for use in traction drive systems. To address this issue, this paper proposes a harmonic suppression traction transformer (HSTT) with integrated filtering inductors (IFIs) for high-speed trains.

Based on this, an innovative magnetic integrated LCL-type filter can satisfy the power quality requirements, while being well-suited for limited space available on locomotives. Each IFI winding is composed of two series-connected sub-windings with the same turns and opposite directions. Similar structures have been applied to a distribution transformer, rectifier transformer, and inductive filtering transformer. The proposed IFI method has the merits of a simple inductance design, good linearity of inductance, low impact on transformer operation, and ease of manufacture and application. The contributions of this paper are listed as follows:

The paper is organized as follows.

Read the full paper here or download it in pdf here.

In this paper, a scheme for a single-phase LCL-type converter is adopted in the traction drive system for high-frequency harmonics suppression. Considering that the space in high-speed trains is extremely limited, an innovative HSTT with IFIs is proposed. The IFI has an effective magnetic decoupling structure, and the installation space of the filter device can be greatly reduced. Simulation and experimental results show that the proposed IFI-based LCL-type filter scheme can achieve similar harmonic attenuation performance as the discrete LCL-type filter scheme. The IFI method can also be applied to other engineering practices.

This work was supported by the National Natural Science Foundation of China (NSFC) under grant 51477044 and 51707060, and by the Excellent Youth Project of Hunan Provincial Department of Education under grant 18B223.